Words Before All Else: Oral Histories in the Digital Age 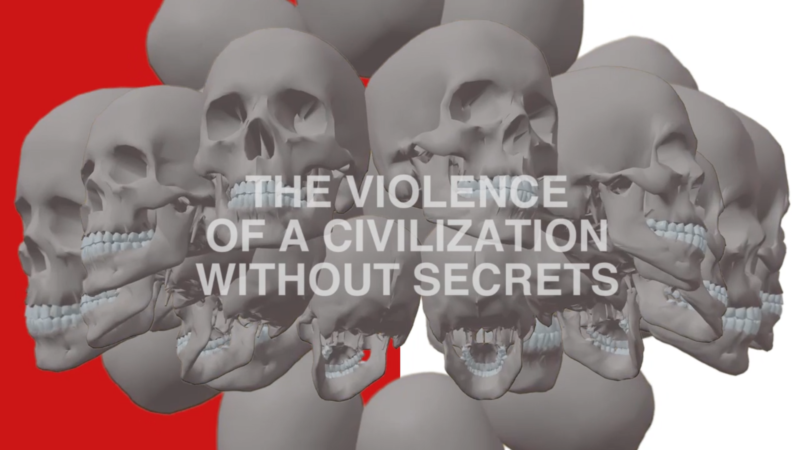 Words Before All Else: Oral Histories in the Digital Age

A Vector Festival 2018 screening curated by Clint Enns and Jenny Western, presented in partnership with the AGO.

What happens when traditional stories are envisioned digitally? What is lost in a society that does not acknowledge specific types of histories? How have digital technologies transformed traditional storytelling? The works in this program make use of experimental forms akin to computer animation in order to work through these questions.

Skawennati's avatar, xox, recites in English, French and Kanien’kéha the first verse of the Ohen:ton Karihwatehkwen, the Haudenosaunee's "Thanksgiving Address," a text traditionally spoken at the opening and closing of all Haudenosaunee gathering.

*French and Inuktitut, shown for the first time with English subtitles.

"These stories and songs remind me of my childhood and the stories that my mother used to tell me. Recording them on video is my way of keeping them alive." - Mary Kunuk

This sci-fi retelling of the Haudenosaunee creation story reimagines Sky World as a futuristic, utopic space and Sky Woman as a brave astronaut and world-builder. It begins on an ancient, alien world whose culture centres on the care and reverence for the beautiful, energy-producing Celestial Tree. The central figure of the tale is Otsitsakaion, a telepath. When she learns that her world is dying, she knows what must be done; she must become the seed of the new world.

"This is the best book trailer that has ever been made." - Monica Storss

A thought-provoking meditation on the seal-hunt and what it means to the traditional way of life for the Inuit. Tungijuq is a cinematic and musical expression of the organic and indisputable reality of hunting in Inuit culture, starring and with music by Tanya Tagaq.

This animated short evokes the experience of driving alone on an unlit rural road at night. Darkness is broken by the beam of headlights, creating dancing shadows that obscure what lies beyond the road. This film was generously made available through the National Film Board’s Wide Awake Initiative

The Violence of a Civilization Without Secrets (Zack Khalil and Adam Shingwak Khalil in collaboration with Jackson Polys, 2017; 10 min.)
An investigation into the recent court case that decided the fate of the remains of a prehistoric Paleoamerican man found in Kennewick, Washington State in 1996 that reflects on indigenous sovereignty, the undead violence of museum archives, and post-mortem justice.

Vector Festival is a participatory and community-oriented initiative dedicated to showcasing digital games and creative media practices. Presenting works across a dynamic range of exhibitions, screenings, performances, lectures, and workshops, Vector acts as a critical bridge between emergent digital platforms and new media art practice. The Festival is coordinated annually by InterAccess.

Vector Festival 2018 is co-curated by Katie Micak and Martin Zeilinger and runs across sites in Toronto from July 12 – July 16, 2018.

Presented in partnership with