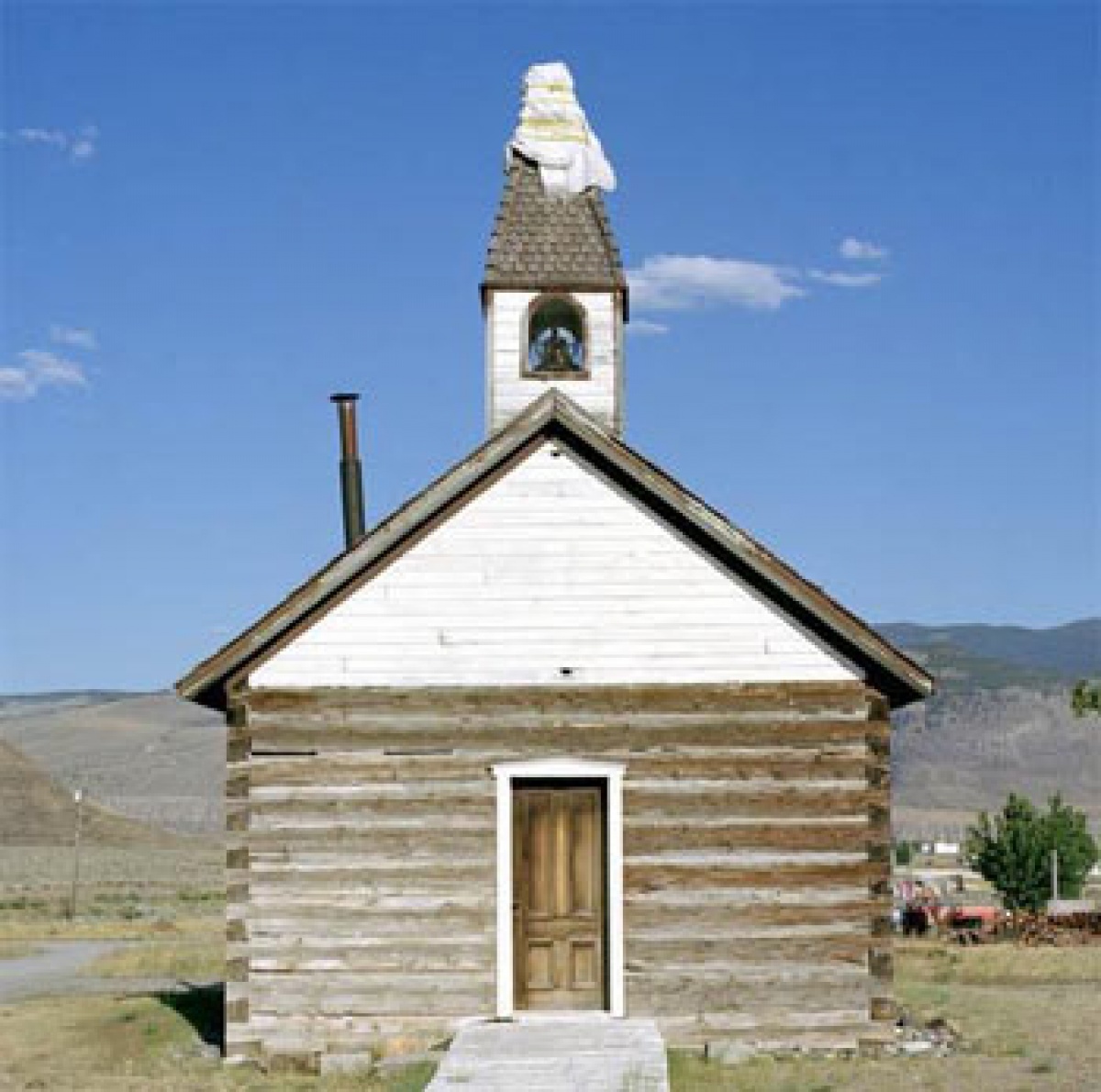 Toronto-based First Nations photographer Arthur Renwick frequently returns to his ancestral home in British Columbia. On a trip home in the summer of 2005, he photographed several churches within First Nations communities, struck by their simple, tranquil beauty and stark white stance.

These churches, having survived since the late 19th century, can be viewed as symbolic of the cultural assimilation programs imposed by the government of that period. They have since become quiet witnesses to First Nations authority. During the first half of the 20th century, Christianity filled the void created as a result of the government's outlawing of First Nations spiritual and cultural practices. Many First Nations people continue to embrace Christianity but have established their own traditional practices, such as the raising of totem poles, into the rituals of the church. Some have exerted their influence by becoming ministers. Others have adapted old traditions to new pursuits, for instance, using their woodworking skills to build churches.

The presentation of Renwick's photographs in the context of the Emily Carr exhibition in intended to make connections with her painting, Indian Church, 1929. Both artists address relevant issues to the cultures of the Northwest coast. While Carr documented a dying civilization, Renwick reveals the continuing integration of Christianity into contemporary First Nations culture. Unlike Carr's church set forlornly in a dense forest Renwick's buildings are located squarely in the community, where we see snippets of community life happening around them.

Arthur Renwick is generously supported by

Included in admission to Emily Carr: New Perspectives on a Canadian Icon