Photographs have played a crucial role in shaping perceptions of nuclear weapons and nuclear energy. Camera Atomica — guest-curated by writer, curator and art historian John O'Brian — is the first substantial exhibition of nuclear photography to encompass the entire postwar period from the bombings of Hiroshima and Nagasaki in 1945 to the triple meltdown at Fukushima Daiichi in 2011.

The election of President Ronald Reagan in 1980 accompanied an intensification of the Cold War, and artists and photographers responded in large numbers to the escalating risk of a nuclear confrontation. The politics of the Cold War also coincided with a cultural debate around photography and its claims to represent what is “true” or “real.” Much post-1980 nuclear photography reflects altered understandings of the limitations of photography and the dangers of the nuclear arms race.

Camera Atomica addresses pressing issues in the post-war era – nuclear weapons proliferation, toxic waste disposal and climate change – as they are represented in photography. Organized thematically, it brings together vintage and contemporary photographs, press and fine arts photographs, scientific and touristic images and advertisements and propaganda from a wide range of sources. A discussion room, designed to evoke a fallout shelter, concludes the exhibition, replete with posters, articles and details about local engagement with atomic energy.

A 304-page soft-cover catalogue accompanies the exhibition and will be for sale in shopAGO. Co-published by the Art Gallery of Ontario and Black Dog Press, Camera Atomica includes more than 250 illustrations as well as essays by John O'Brian, Hiromitsu Toyosaki, Julia Bryan-Wilson, Blake Fitzpatrick, Susan Schuppli, Iain Boal, Gene Ray and Douglas Coupland. 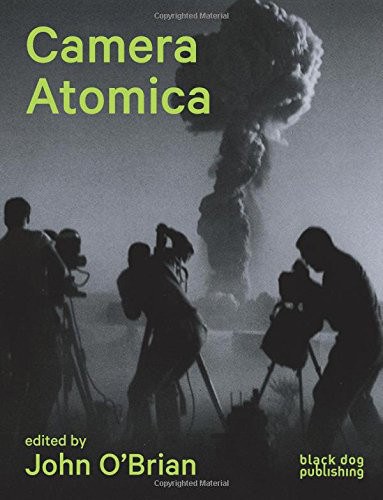 Learn more about Camera Atomica, how it came together and how its works and themes connect to our lives today. Join the conversation online: #atomicAGO

Blake Fitzpatrick on the radioactive history of Port Hope

Blake Fitzpatrick is a photographer, curator, writer and professor in the School of Image Arts at Ryerson University. Hear him discuss the legacy of nuclear materials processing in the town of Port Hope, Ont.

Andrea Pinheiro on her research at Elliot Lake and Bomb Book

Andrea Pinheiro is an artist, curator and faculty member at Algoma University. Hear about her research at Elliot Lake, a uranium mining site near Algoma, Ont., and her project <em>Bomb Book</em>, a 12-volume set of books, printed on newsprint, with one page for every nuclear bomb detonation from 1945 to present day.

Dr. Gordon Edwards is president of the Canadian Coalition for Nuclear Responsibility. Listen to him discuss the nuclear power industry in Ontario, its benefits and its pitfalls, including the complications of radioactive waste disposal.

This exhibition is a highlight of the