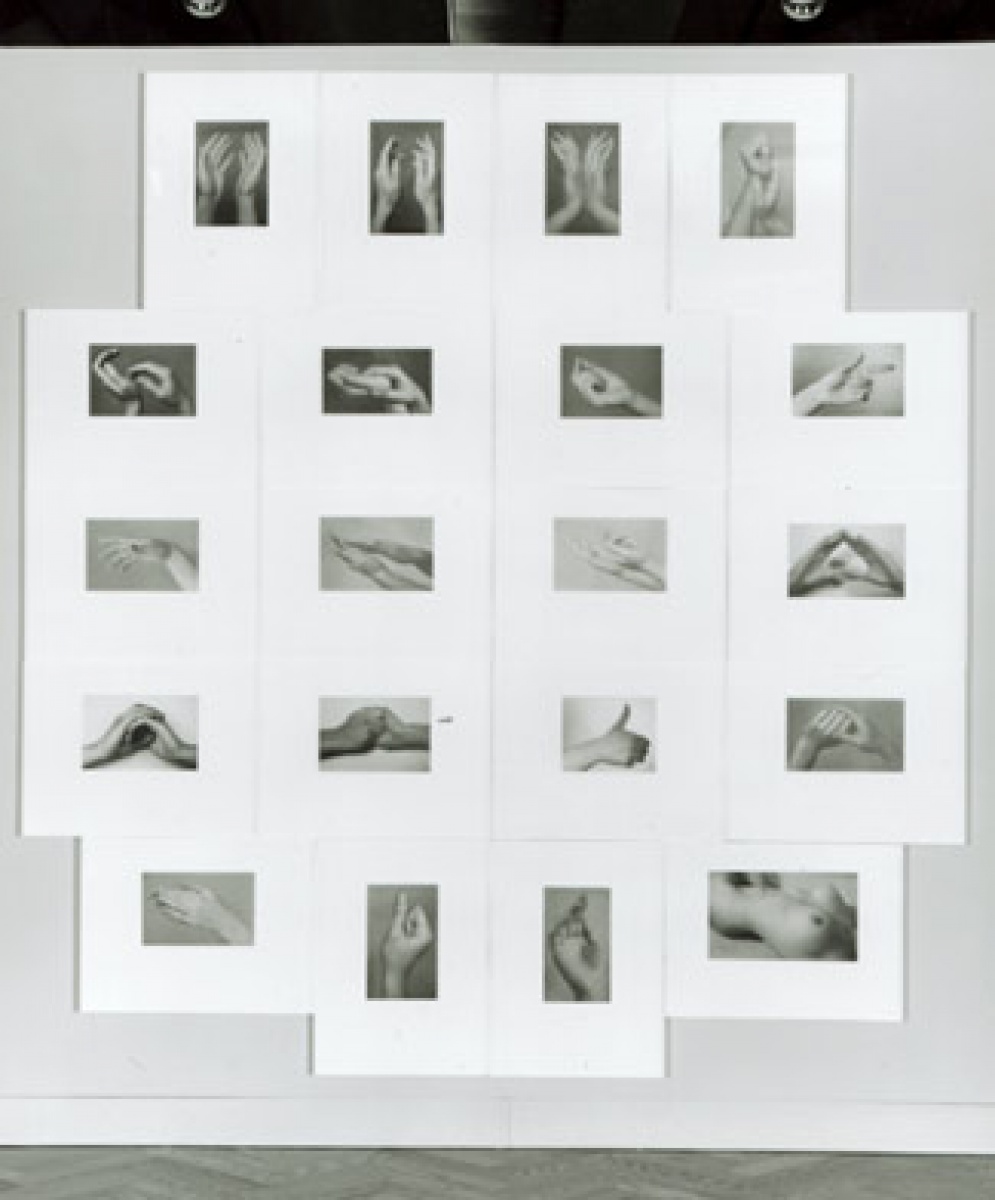 For E. Haanel Cassidy photography proved to be the medium through which he could best articulate his spiritual and aesthetic philosophies. He believed that the photographic image stood as a symbol that transcended the physical world. He adhered partly to the notion espoused by the American visionary Alfred Stieglitz (1864–1946) that the evocative, expressive subjects of his photographic series were equivalent to heightened emotions. Cassidy also investigated his subjects through series of images, which from his perspective were a "broadening of contact with the universe." The rich tonal prints of his Canadian Farm and the Grain Elevator series emphasize the elements of the subjects' structural organization.

Cassidy's series Hands and Torso is a synthesis of what he felt about photography and is in its purest sense a metaphysical statement. This sequence of twenty conceptually united images culminates with a reclining torso. To the uninitiated the hand gestures are perhaps signs – rhythmic at intervals and luminous in tonal qualities – but they are ultimately enigmatic. The last image in this series, characteristic of his effort to inject "impulses" of the tangible world into his work, represents the unavoidable aspects of life's experiences. Despite the desire to transcend, mankind is still connected to a tangible world.

Eugene Haanel Cassidy was born of Canadian parents in Tokyo, Japan, in 1903. In the late 1930s he operated a studio in Toronto and exhibited in 1938 at the Art Gallery of Toronto (now Art Gallery of Ontario). In 1944 he moved to New York City to work for Condé Nast's House and Garden and Vogue studios. In 1955 he gave up photography and settled in Ananda Cooperative in California in 1969, where he pursued a spiritual life and became the founder of the Ananda Gardens. Cassidy died April 16, 1980.

All photographs are in the collection of the Art Gallery of Ontario, gift of Sylvia Platt, 2003.