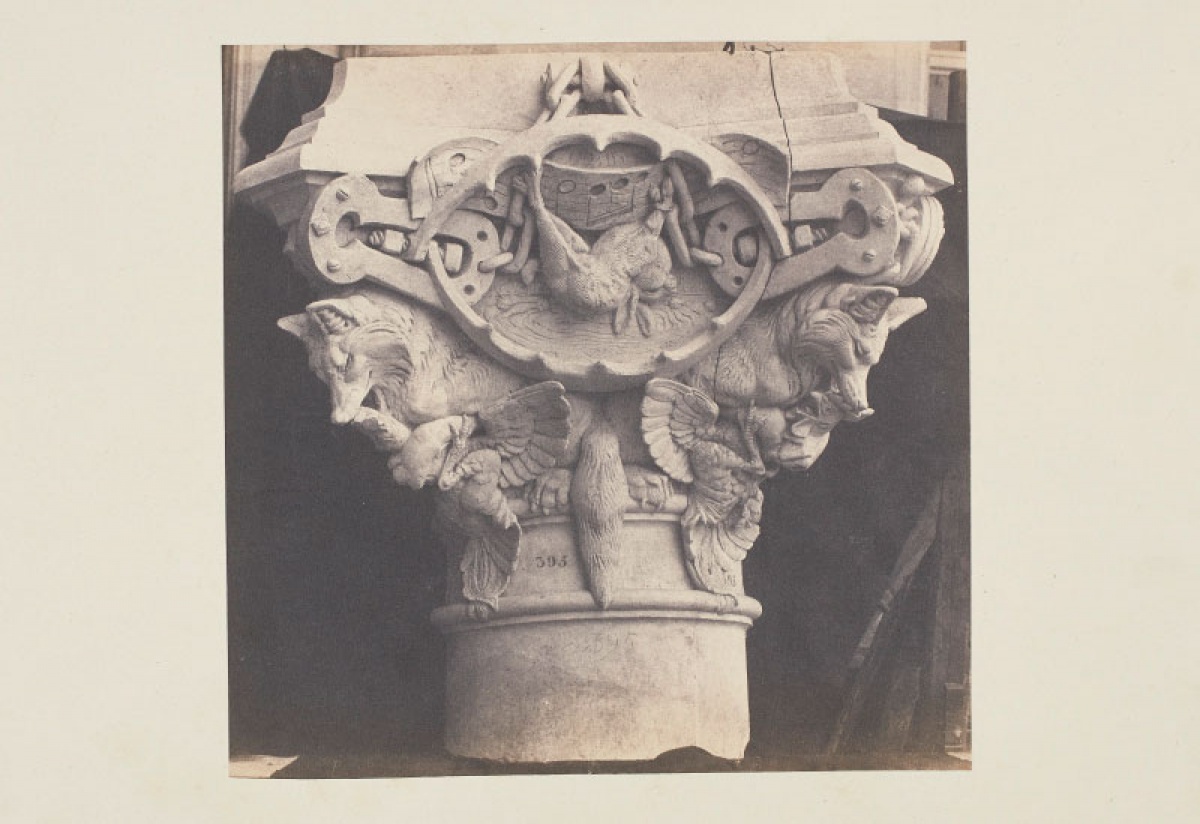 Édouard Baldus: The Louvre Folios, 1855–1857 highlights the photographer’s commission from the French government to document the remodeling of the Louvre, the centerpiece of massive renovations that changed the face of Paris under Napoléon III. Architecture had always been a favoured subject of photographers, but it was only with the Louvre commission that photography began to be used as part of the building process.

Baldus and his assistants created hundreds of images, largely of sculptural elements destined for the elaborately decorated buildings. The photographs were used in various novel ways: as aids to the architect, building managers, and sculptors; as models for illustrations that appeared in the French press, keeping the public in thrall as construction progressed; and as propaganda sent to foreign heads of state, demonstrating the ability of the Second Empire to carry off this vast and complex project and the talent of its artists and builders.

The photographs on display were present on the building site. They are drawn from six folios, assembled around 1860, that are now in the collection of Toronto-based architect and librarian Robert Hill. They reveal the scale of the construction project and the commission, as well as the technical skill and monumentalizing style that helped make Baldus the most celebrated architectural photographer of his day.

The exhibition is organized by the Art Gallery of Ontario (AGO) and is co-curated by the AGO’s Curator of Photography, Sophie Hackett, and Kate Addleman-Frankel.