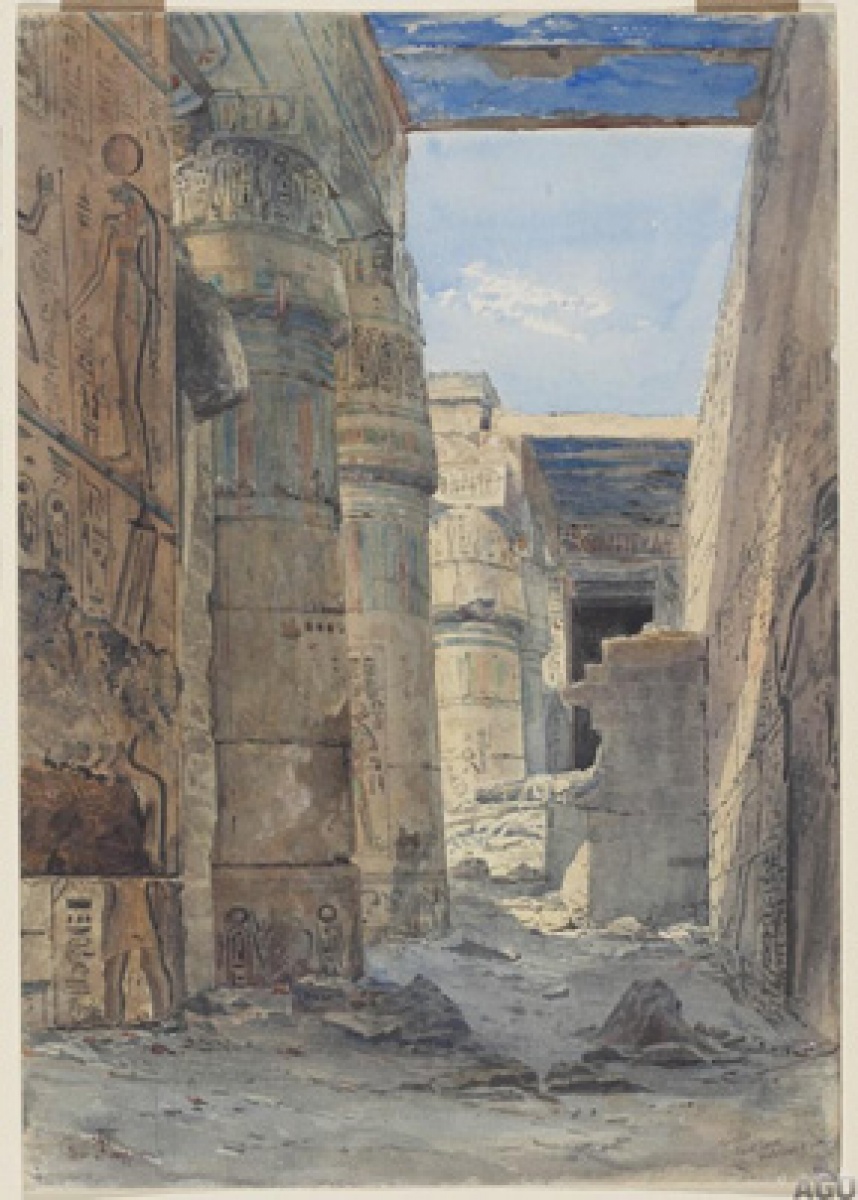 British artist, 1880s (possibly John Walrond), Corridor to the Great Court at Medinet Abou, Watercolour and graphite on paper Purchased as a Gift of Jane and Stephen Smith, 2007 2007/22

Egypt in the Western Imagination

Just in time for King Tut, the AGO features 9 exquisite historic works in its “Treasury,” an intimate gallery space just outside the Marvin Gelber Print & Drawings Study Centre. These prints (augmented by a great 1880 photograph of the pyramids) highlight the European fascination with all things Egypt, an attraction that has been going on for centuries.

Empires have always asserted their power by taking the treasures of the cultures they conquer. Prior to the late 1700s, Europeans knew about the legendary culture and monuments of ancient Egypt primarily from biblical texts, and classified them among the Seven Wonders of the World. The Egyptian obelisk, a large four-sided column, was considered a symbol of power. Following the Egyptian campaign of 1798, Emperor Napoleon brought obelisks and other antiquities back to Paris, sparking immense interest in Egypt. In the 1800s, it also became easier for Europeans and North Americans to travel, and as sites opened up, the pyramids became a popular stop on “the Grand Tour.” Illustrated travel books, artworks, and photographs of Egypt, as well as museum displays of ancient Egyptian artifacts in Paris and London fueled the public’s imagination.