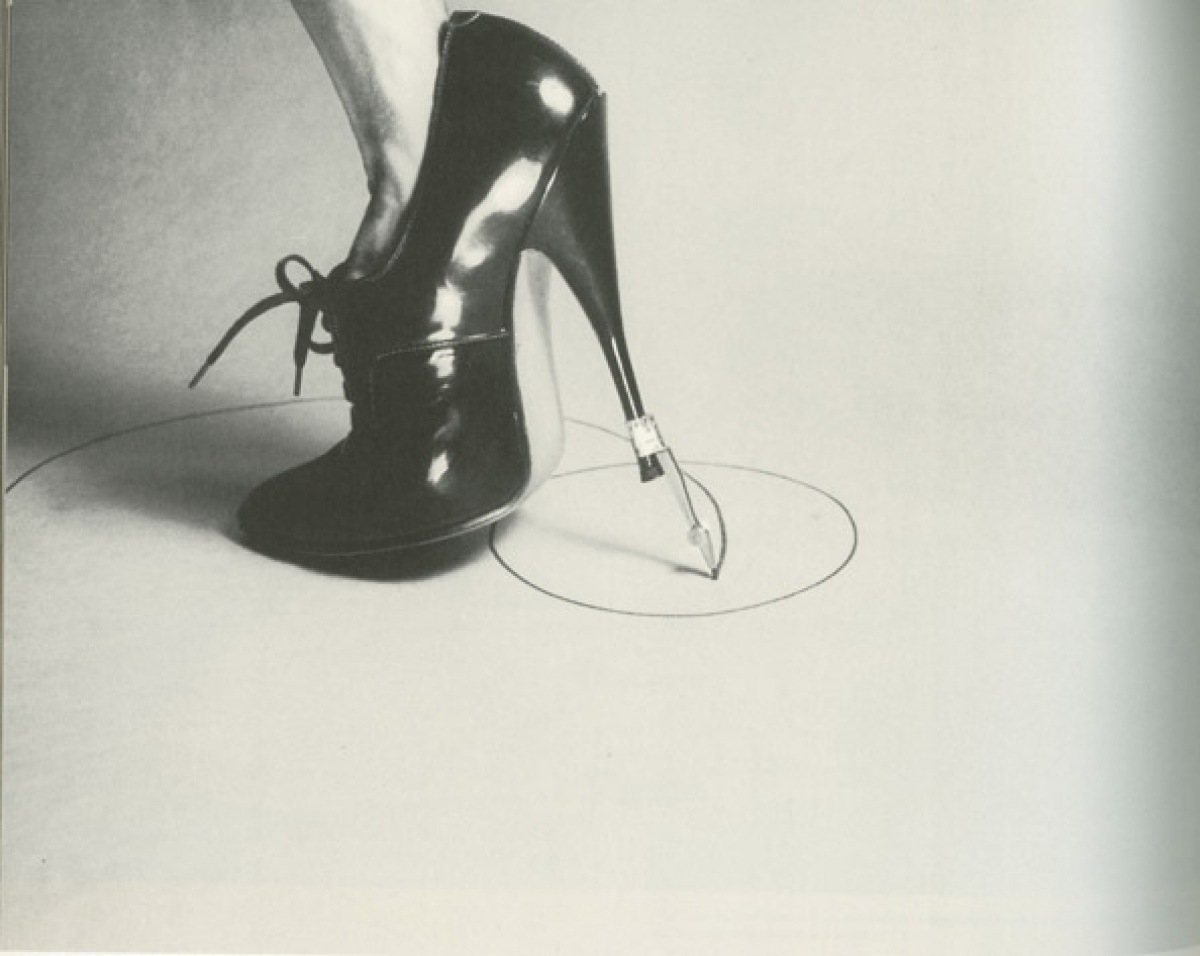 “General Idea is basically this: a framing device within which we inhabit the role of the artist as we see the living legend.” (Showcard 1-001, General Idea, 1975)

Curated by Paris-based independent curator Frédéric Bonnet, Haute Culture: General Idea is the first comprehensive retrospective devoted to the collective. The exhibition is organized around five themes, each central to the trio’s production: “the artist, glamour and the creative process”; “mass culture”; “architects/archaeologists”; “sex and reality”; and “AIDS.”

“Through a prolific creation, General Idea’s body of work reveals a complex combination of reality and fiction, and of parody and rigorous cultural critique,” says Bonnet. “Treating the image as a virus that infiltrates every aspect of the real world, the group set out to colonize it, modify it and so present an alternate version of reality. Their visionary influence has only become more apparent with the passage of time.”

Works on display include Nazi Milk (1979 -1990), Baby Makes 3 (1984 – 1989) and Playing Doctor (1992). In addition to the works on view inside the exhibition, the AGO will install the artists’ two-metre-tall AIDS sculpture at the corner of Dundas West and Beverley streets. The lacquered metal sculpture, created in 1989, is based on Robert Indiana’s 1970 LOVE sculpture.

This piece demonstrates the group’s affinity with William Borroughs’ conception of the ‘image as virus.’ General Idea began using the image in a variety of forms as part of a series of shows to benefit the fight against AIDS. It spread across the world and became one of the campaigns unifying images, reproduced on posters, prints, t-shirts, keyrings, postcards and more.

The group’s keen understanding of how wit and irony can be used to create powerful cultural critique ensures their work remains relevant today. Despite their assertion that ‘we never felt we had to create great art to become great artists,’ (Life Magazine, 1975) the body of work displayed here continues to excite and intrigue audiences. It is a show not to be missed.

More information about General Idea can be found at  http://www.aabronson.com/

This exhibition is organized by the Art Gallery of Ontario in collaboration with the Musée d’Art moderne de la Ville de Paris.

The Canada Council for the Arts