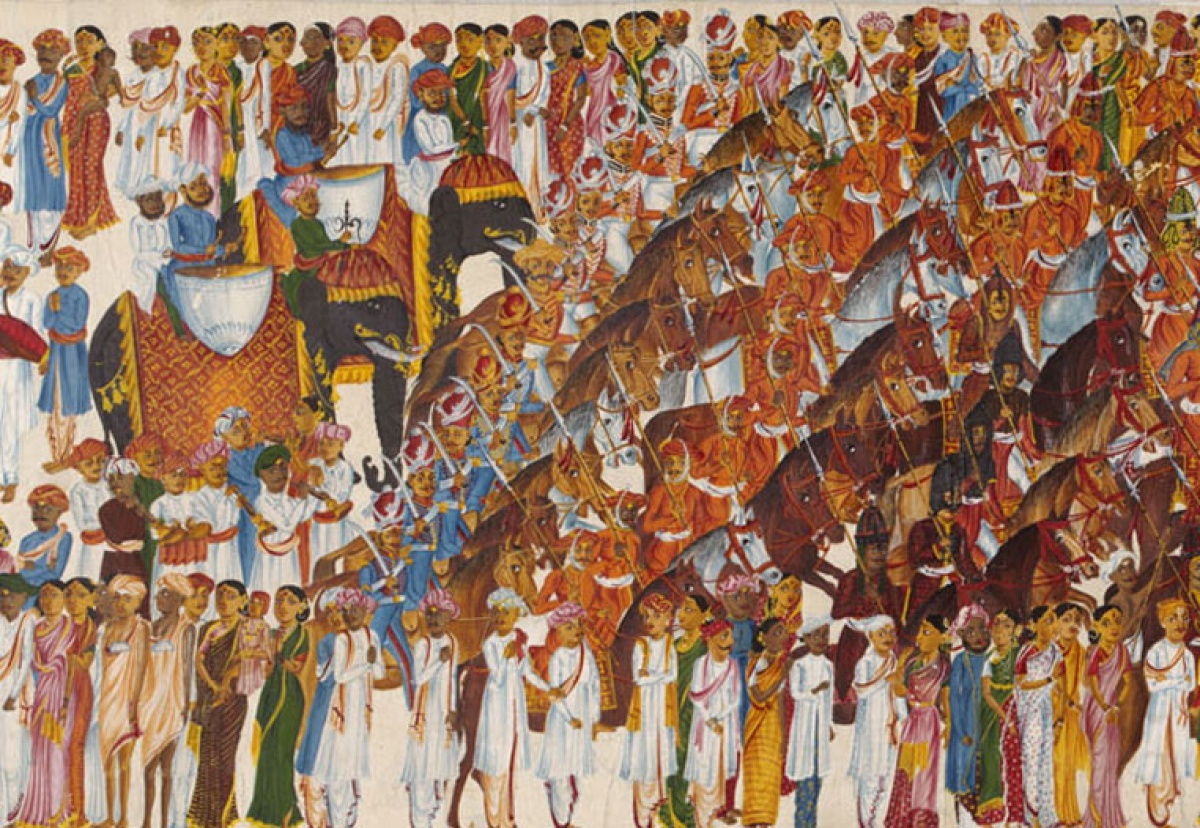 This fall, the Art Gallery of Ontario unveils an extraordinary exhibition that explores in depth the opulent world of the maharajas, from the beginning of the eighteenth century to the mid-twentieth century. Maharaja: The Splendour of India’s Royal Courts brings to Canada for the first time more than 200 spectacular works of art created for India’s great kings — including paintings, furniture, decorative arts and jewellery. These magnificent objects chronicle the many aspects of royal life and celebrate a legacy of cultural patronage by generations of maharajas, both in India and in Europe. 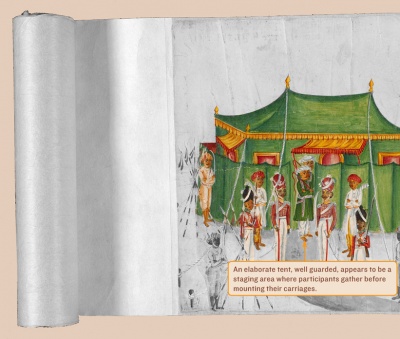 Processions in India during the 1800s were complex events that celebrated various kinds of power and prestige. They revealed tensions in political authority, social hierarchy and religious tradition. The British representatives, for example, had to assert their colonial role without appearing to endorse or participate in the worship of Hindu deities who formed the focus of much of the event. Among the Hindu participants, the order of the various temples, sects and communities was often hotly contested.

Historians use the terms “Company painting” or “Company style” to describe paintings such as this scroll. They were produced by Indian artists for European patrons in the late 1700s and 1800s. Many of the buyers were British, and employed by the East India Company. Paintings of Indian occupations, castes, rituals, festivals and everyday life in India were of particular interest to the British, as were images of India’s natural history and architecture. The British often used Company paintings as illustrations for publications, or sent them home to England as souvenirs. This type of painting declined in popularity around the 1840s with the introduction of photography. 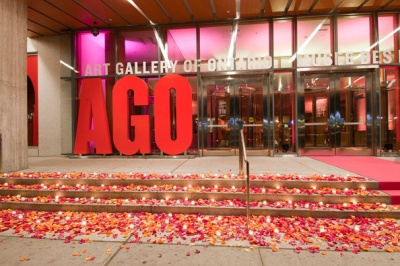 Rose petals and candlelight carpeted the steps of the Art Gallery of Ontario in traditional welcome as more than 450 guests — many in brilliant South Asian dress — arrived for the glittering Maharaja Gala on Saturday, November 13. Coveted tickets to the much-anticipated fundraising event, co-chaired by Laura Rapp and filmmaker Deepa Mehta, included an exclusive first preview of the exhibition Maharaja: The Splendour of India’s Royal Courts. 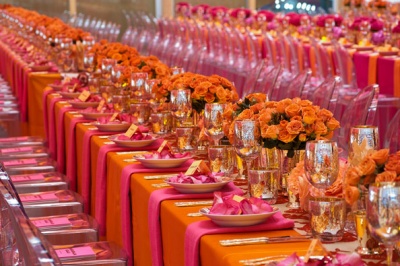 Inside, the Gallery had been transformed into a dazzling space that showcased the richness of Indian culture. As guests enjoyed cocktails in Walker Court, the music of internationally acclaimed Toronto ensemble Autorickshaw set the stage for an unforgettable evening of music, entertainment and splendid food. Spectacular paper lanterns strung from the ceiling of Baillie Court heralded a sumptuous Indian-inspired feast prepared by AGO executive chef Anne Yarymowich and her talented staff. Beautiful Kathak dancers from SAMPRADAYA Dance Creations and DK Bollywood Dance Pak thrilled guests with their energetic performances. Following dinner, The Tabla Guy, Gurpreet Chana, along with Paul ‘The Drummer’ Nanuwa and DJ Kamran, had people on the dance floor until late into the night.

Thank you to our generous sponsors and guests who made these evening such a tremendous success. We would like to express our sincere appreciation to our dedicated committee whose leadership and creativity helped shape the vision for this memorable evening.