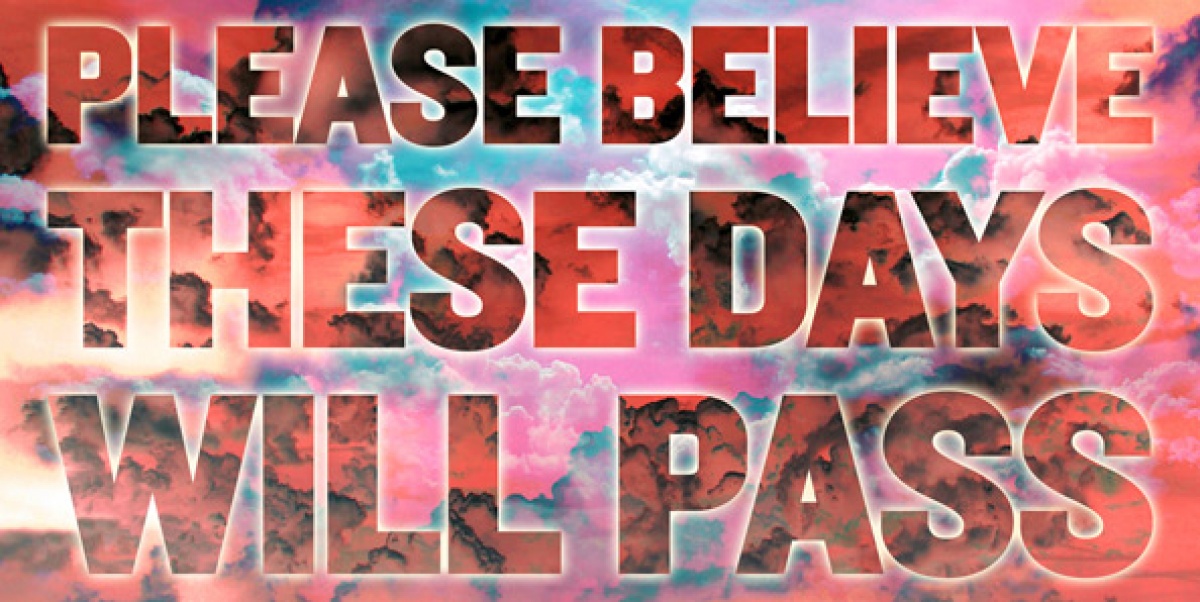 British artist Mark Titchner’s language-based wall paintings and banners demonstrate how text and bold statements can be used to inspire people, communicate to the masses and bring together communities. His work often confronts the viewer with a proposition for a type of modern-day revolution.

As the AGO’s international artist-in-residence this fall, Mark Titchner has been involved with a number of initiatives in the Gallery and throughout the city. In connecting with people and communities around Toronto, he is providing a link to the Toronto Now exhibition series. Titchner has produced a number of art projects during his residency, including a poster project that was developed and executed in conjunction with youth from Oasis Skateboard Factory and the AGO Youth Council. He is also producing a large wall mural for the Drake Hotel.

PLEASE BELIEVE THESE DAYS WILL PASS presents a new language-based vinyl work. Installed on the windows facing Dundas Street, the mirrored vinyl surface reflects the streetscape, including passersby in the process. The slogan can be interpreted as a warning or as reassurance, prompting the viewer to take pause. Inside the gallery, Titchner introduces a new film work based on his observations of and interactions within Toronto. The installation mimics Morse code, producing a staccato snapshot of the city.

Mark Titchner describes his work as “a dialogue about how you receive thoughts and ideas.” Drawing on place, dislocation and self-help mantras, the artist presents conflicting ideologies and outmoded ideas without mockery or cynicism, allowing viewers to form their own conclusions.

Mark Titchner was a Turner Prize nominee in 2006 and was showcased at the Venice Biennale in 2007. He has had solo exhibitions at the notable Peres Projects in Berlin, at BALTIC in Gateshead, England, and Vilma Gold in London, England.