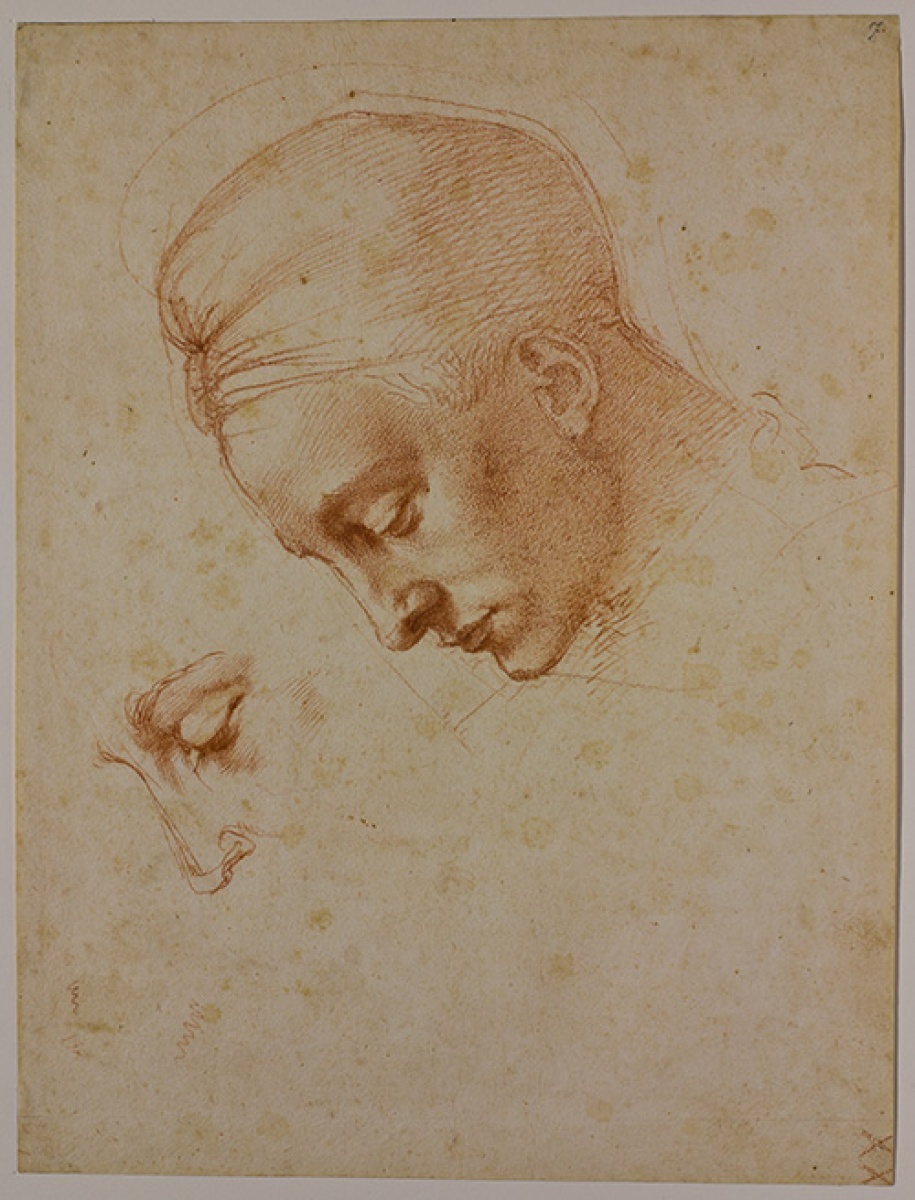 Revealed through a selection of rare drawings, Michelangelo: Quest for Genius tells the story of Renaissance master Michelangelo Buonarroti (b. 1475) and the frustrations of his creative process. The exhibition centres on a loan of 29 drawings from the Casa Buonarroti, Florence, whose collection is formed from Michelangelo’s own.

These drawings represent the range of Michelangelo’s work, revealing the private world of the artist – his ideas, emotions and struggles to create and highlighting his unrivalled achievements as a painter, sculptor and architect. Dating from before and after the completion of the Sistine Chapel, the works on display include preliminary drawings — both architectural and figural sketches — as well as highly finished presentation drawings.

Organized thematically, the exhibition takes a critical look at the notion of the genius at work, locating the creative search at the axis of ambition, exploration, frustration, defiance and unrealized dreams. Developed by Lloyd DeWitt, curator of European Art at the AGO, and David Wistow, interpretive planner, Michelangelo: Quest for Genius will feature computer animations that bring to life some of Michelangelo’s most ambitious and ultimately unfinished designs.

The exhibition also examines the significant influence that Michelangelo had four centuries later on the French sculptor Auguste Rodin (b. 1840). Ten sculptures from the AGO’s collection will be on display, including representative works from the Burghers of Calais (1884–1917) and his final commission, the work for which he suffered the most criticism, Balzac (1898).

Michelangelo: Quest for Genius is a ticketed exhibition. Bookings open to AGO members as of September 15 and public tickets go on sale September 26, 2014.

Organized by the Associazione MetaMorfosi in collaboration with the Casa Buonarroti and the Art Gallery of Ontario.