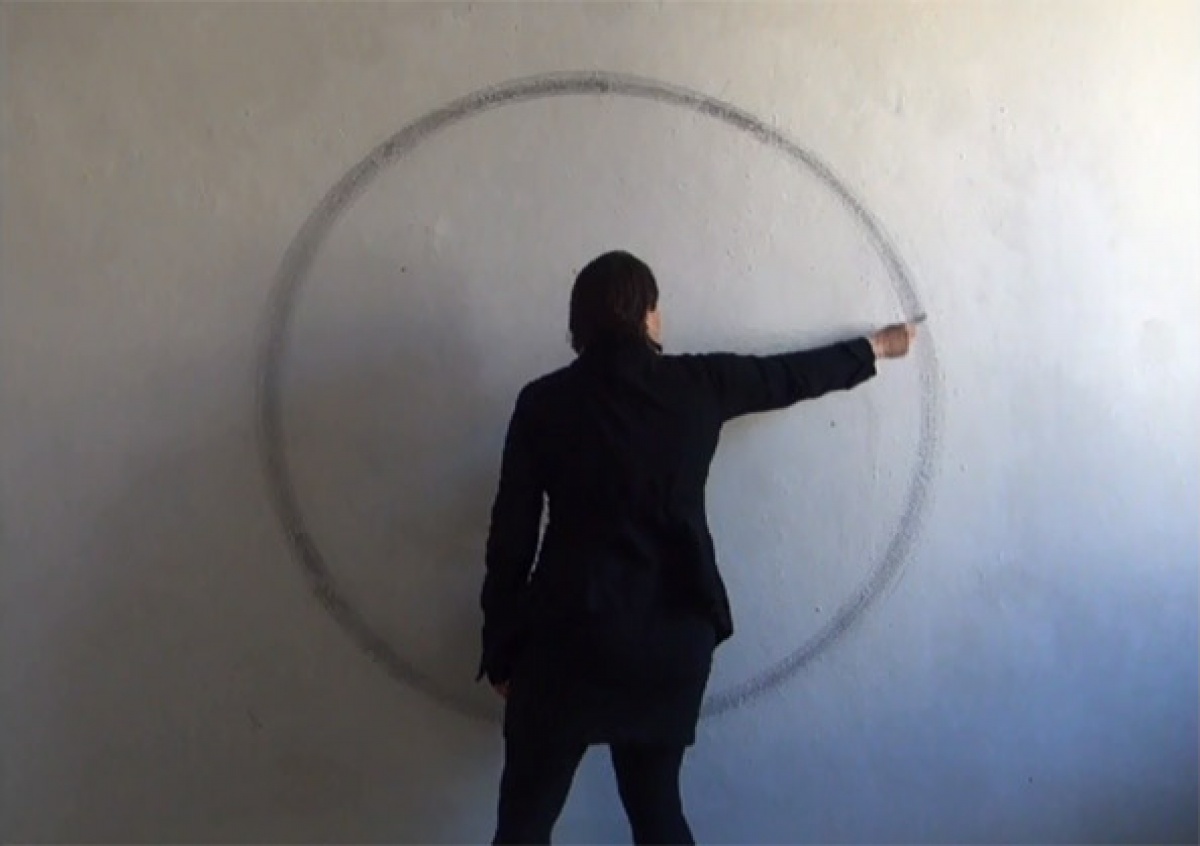 “Giotto…took a sheet of paper, and with a pen dipped in red, fixing his arm firmly against his side to make a compass of it, with a turn of his hand he made a circle so perfect that it was a marvel to see it” (from Giorgio Vasari, Lives of the Artists, 1550)

Inspired by this account and by the enso drawings of Buddhist monks, Toronto painter Nicole Collins seeks to draw a perfect circle and sound a perfect note. Central to her installation is the pursuit of perfection, the inevitability of failure and the human drive to persist despite this.

Collins will perform by drawing a circle on the Gallery wall using her arm as a compass and a silverpoint, a rarely used implement dating back to Early Renaissance practice. In her absence, superimposed on this wall drawing will be a loop projection of the artist drawing and erasing a circle, recorded in Florence earlier this year. Visible day and night, her image and drawing will appear and disappear —done, only to be undone. A speaker, installed on the street, will play a recording of Collins’s attempts to sound a perfect note.

This gallery is home to a series of contemporary art projects that captures the spirit of artists who enliven the many neighbourhoods throughout the city. Toronto Now shines a spotlight on the wealth of creative energy burgeoning both inside and outside the AGO. While the series focuses primarily on artists living and working in Toronto, those who have a special connection to the city also make occasional guest appearances. A different artist will take over the space every 2 months and display dynamic works free of charge to diners, visitors and people walking by the Gallery.