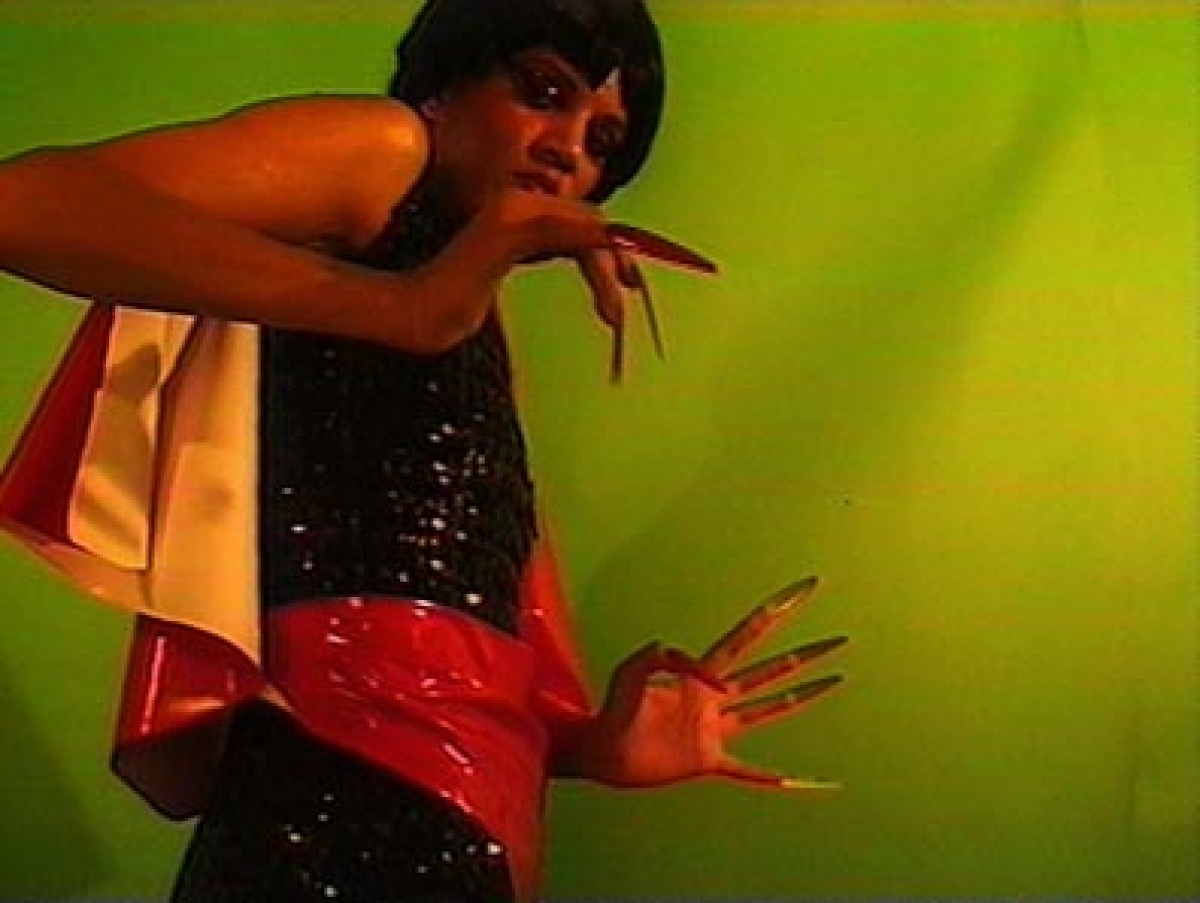 Any While, Mean Time

The Art Gallery of Ontario presents the work of Toronto artist Karma Clarke-Davis as part of Present Tense, an ongoing contemporary series featuring innovative work by national and international artists. Any While, Mean Time is a video installation and performance piece created by Clarke-Davis especially for Present Tense. In the video, Clarke-Davis (who is also a performer) explores issues of youth violence, alienation, intolerance and personal struggle.

While this new work is inspired in part by real occurrences of youth violence, it is not an account of a specific event. Rather, Clarke-Davis explores universal struggles of good and evil and karmic redemption, which are recurring themes in her previous works.

"The Present Tense series is the Gallery's vital link to current artistic movements," said AGO Director Matthew Teitelbaum. "Through this series the AGO offers a timely and intimate encounter with works seen in Toronto for the first time by such established artists as Louise Bourgeois, as well as new work by emerging artists. Present Tense captures a moment in the creative process that will engage the viewer."

Karma Clarke-Davis was born in Trinidad and moved to Canada with her family at a young age. After attending Claude Watson School for the Arts, where she studied visual art, dance, drama and music, she completed a B.F.A. in studio art at Concordia University, graduating with distinction in 1993. In the past two years, her work has been included in re:location, Motor Oil Style Mart, Woodbridge (1999); Version City, Buffalo State University Art Gallery; In Lieu, a site-specific exhibition in public washrooms in downtown Toronto; and Artifice '98, presented by the Saidye Bronfman Centre for the Arts, Montreal, in various sites across Montreal. Clarke-Davis has had solo exhibitions at Zsa Zsa, Toronto (1999) and 488 Queen Street West (1997), and her work was featured with that of Lee Gorreas in the 1997 exhibition Karma/Lee at YYZ Artists' Outlet, Toronto. Her work has also been included in video festivals and biennials in Paris, London, Berlin and The Netherlands, and most recently, at Tranz-Tech, the first Toronto International Video Art Biennial (1999).

The Present Tense series at the AGO features intimate, focused exhibitions of new works by contemporary artists, both Canadian and international.