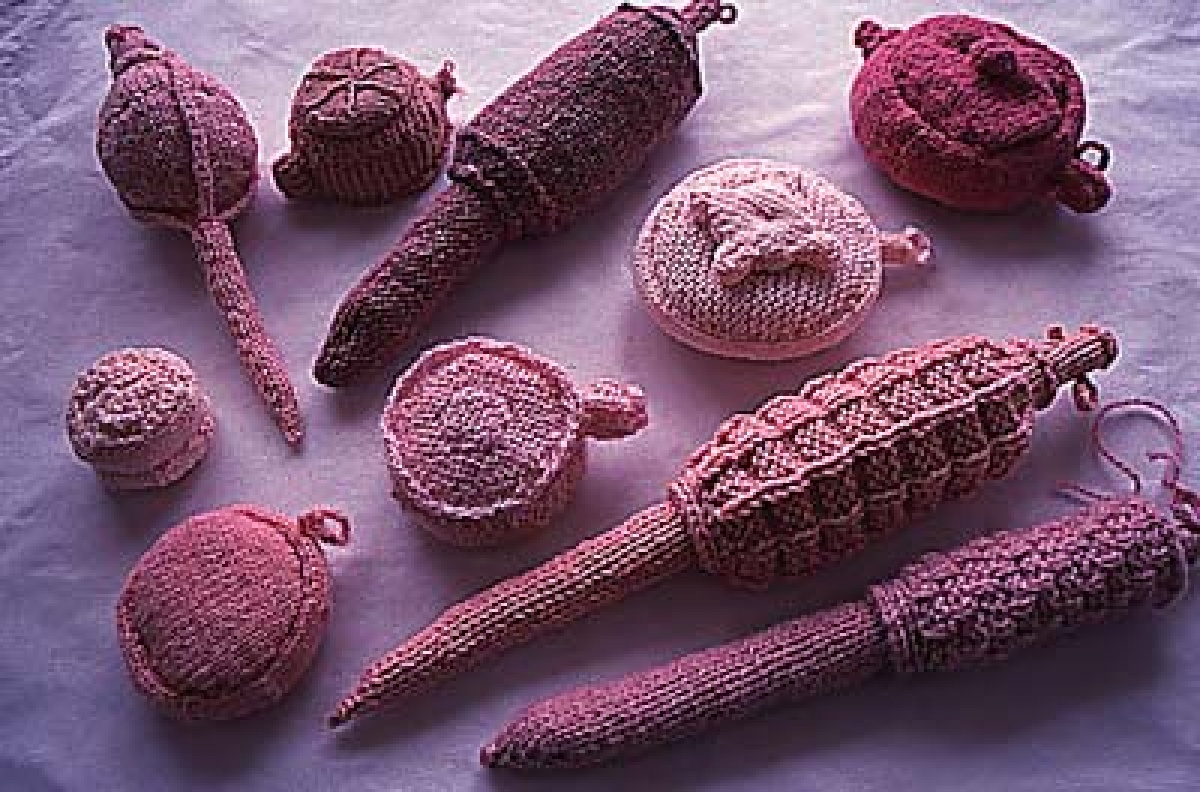 Twentieth in the Present Tense series at the Art Gallery of Ontario, Barb Hunt’s installation, antipersonnel, uses knitting to create replicas of anti-personnel land mines. In various shades of pink wool, Hunt combines irony with ritual, using a traditionally feminine textile skill as a way of coping with grief and loss. The repetitive nature of her work serves as a metaphor for protection and healing.

Her reproductions are innocent and even seductive, contemptuously mimicking an ominously lethal weapon capable of maiming and, often, killing. After visiting a demonstration in Paris in 1998, Hunt was alarmed by the immense prevalence of land mines and was moved by precarious attempts to eradicate mines from the world. Inspired, she began knitting replicas, cataloguing the astounding variety and proliferation of land mines around the globe.

Barbara Hunt is from Winnipeg and currently lives in Corner Brook, Newfoundland. She studied at the University of Manitoba and the Emily Carr College of Art and Design in Vancouver before receiving her Master of Fine Arts from Concordia University in Montreal in 1994. Her work has been exhibited in several solo and group exhibitions across Canada, and was most recently acclaimed in museopathy this past summer in Kingston, Ont., at the Agnes Etherington Art Centre.

"Present Tense was established at the AGO to create an arena for responses to new ideas in the art world," says Matthew Teitelbaum, director of the AGO. "We have included Canadian and international artists of various generations, in the spirit of celebration and recognition that audiences look to the AGO to link to the changing tempo of their times."