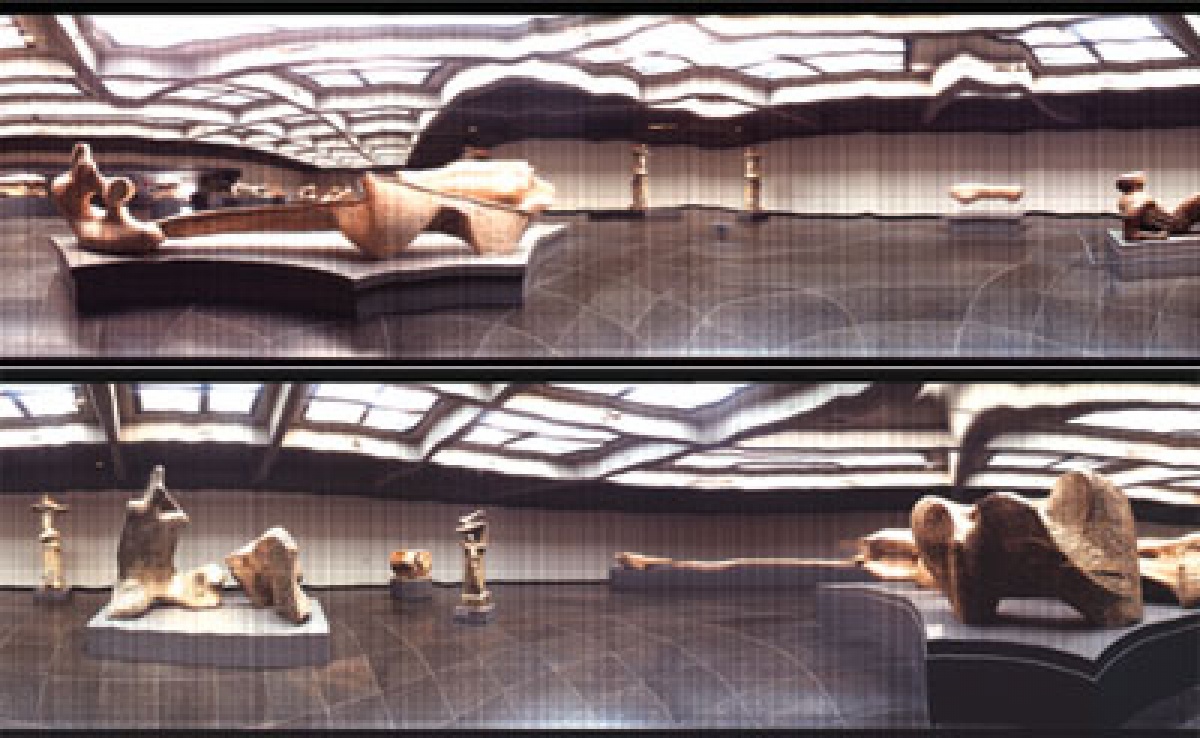 Six large-scale works by Toronto artist and architect Michael Awad will be on display from November 5, 2005 to February 26, 2006 at the Art Gallery of Ontario. As the next installment in the ongoing Present Tense series, Awads photographic artworks, The Entire City Project, will feature urban landscapes and commissioned works highlighting the AGO’s pre-construction phase.

This exhibition of monumental photographs represents the first solo museum exhibition for Awad, a Toronto artist and architect whose subject matter is the city itself. Featuring two images of the Art Gallery of Ontario captured in its pre-construction phase, and four panoramically-scaled images of Toronto urban landscapes, Awad’s works reveal his ability to capture the experience of perception unfolding over time. To produce his photographs – one of which measures two by thirty feet in length – Awad built a special camera from an old aerial reconnaissance camera.

The Entire City Project includes a large-scale image of the AGO’s Henry Moore Sculpture Centre. In this work, the gallery is photographed devoid of people, which allows the viewer to focus on the scale of the Moore sculptures, and the monumental quality of the room itself. Using his innovative photographic technique, Awad walks from one end of the Sculpture Centre to the other, weaving and sweeping through the space and capturing the entire room in one still photograph.

All contemporary programming is supported by