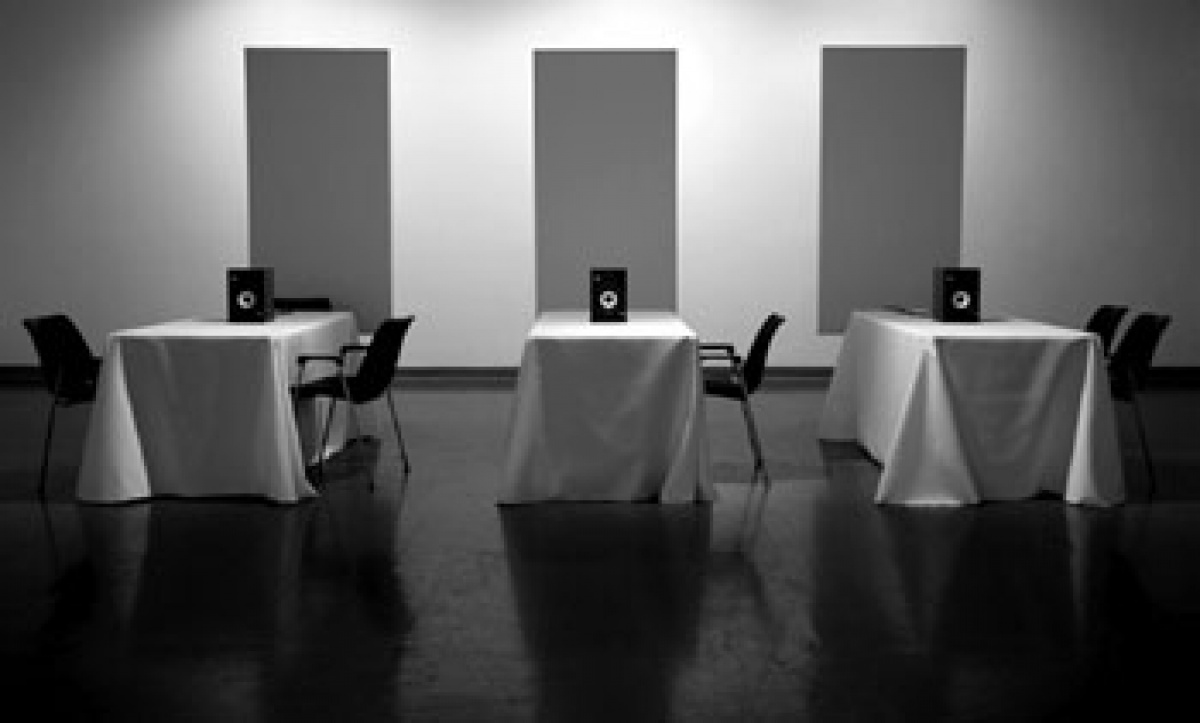 Over twenty-five years into the AIDS crisis ... the record is now open.

Performances in the series combine spoken word, real-time digital sound processing and electronic music composition. Leading off with a performance of John Cage's infamous 4' 33" , the performances invite audience members to enter into the record their reflections on the twenty-five years of the AIDS crisis.

The first performance, to be held on Wednesday, August 9 at 7 pm, will focus directly on the impact of the AIDS crisis on the city of Toronto.

Events will take place at the Art Gallery of Ontario and are free of charge. Entry is available on a first-come, first-served basis.
The exhibition is included with admission to the AGO

All contemporary programming is supported by