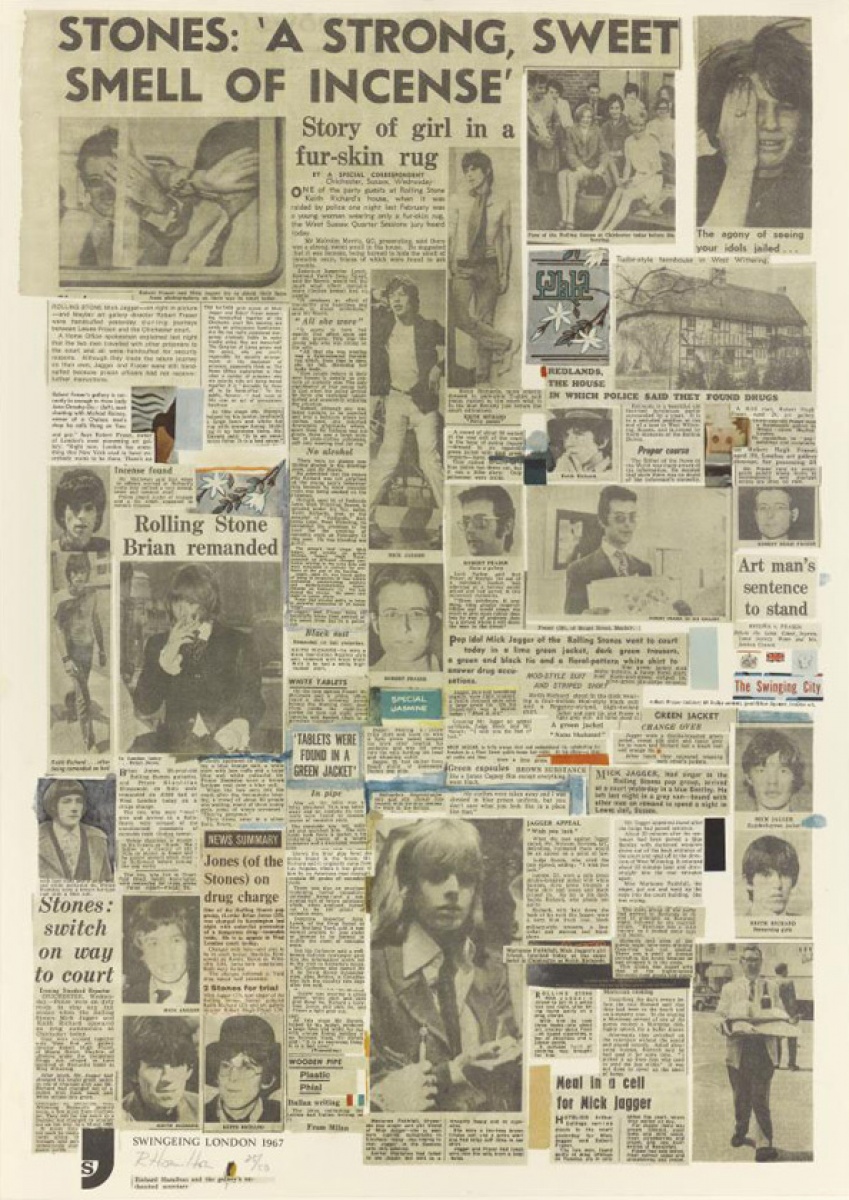 Richard Hamilton (1922–2011) was a leading proponent of Pop art in Britain. In the 1950s, he became fascinated with the impact of mass media and popular culture on contemporary life. Newspapers, magazines and advertisements became the source of his ironic images, and were the inspiration for his art-making techniques. Hamilton was a committed printmaker who embraced new technologies, often combining cut-paper collage with offset lithography, screen printing and photography. By the late 1960s, his most memorable images related to his interaction with celebrities such as the Rolling Stones, Marilyn Monroe and Francis Bacon. Hamilton died in 2011 after a long, colourful and influential career. The exhibition features six major prints dating from 1966 to 1972.

The Art Gallery of Ontario is grateful to Ann and Harry Malcolmson for their generous donation of an important group of Hamilton's prints.