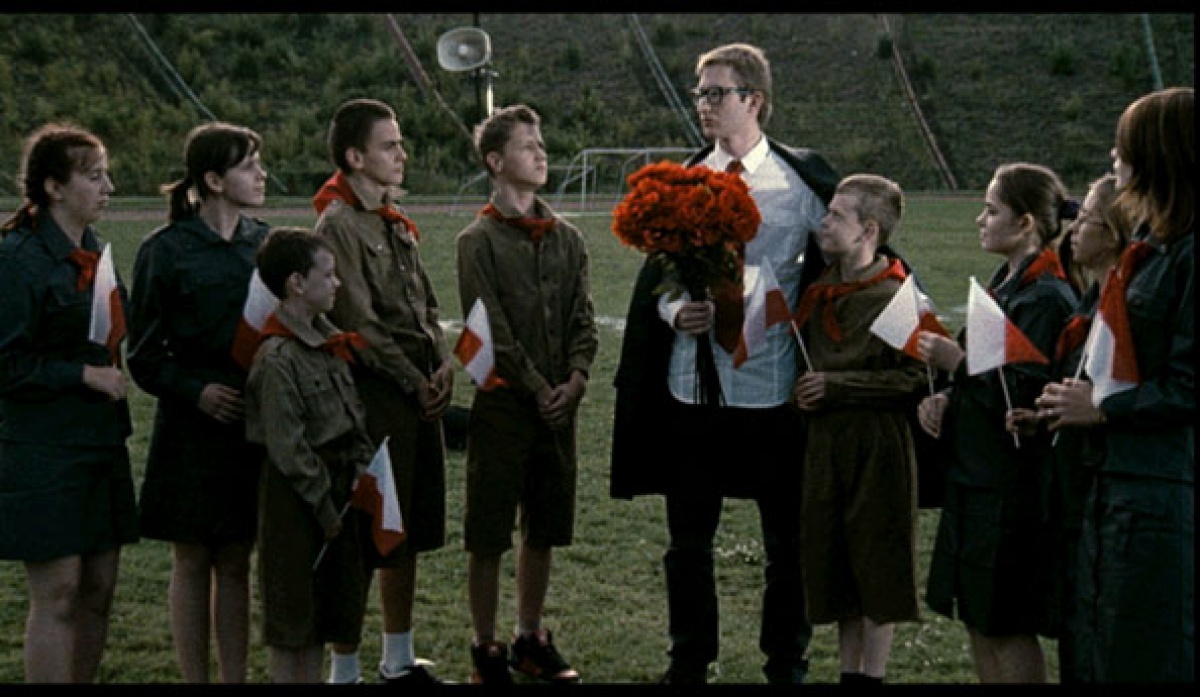 Yael Bartana: ...And Europe Will Be Stunned

After winning the Artes Mundi prize for “work that stimulates thinking about the human condition” in 2010, Israeli filmmaker and artist Yael Bartana presented her latest project at the 2011 Venice Biennale -- the first non-Polish artist to represent Poland at the major international art exhibition ...And Europe Will Be Stunned, her film trilogy made between 2007 and 2011, will be on view for the first time in Canada in the AGO's Lind Gallery from Jan. 25 to April 1, 2012.

“Interweaving past and present, reality and fiction, the conceptual and the emotional, and drawing on propaganda films of the 1930s and '40s, as well as the visual language of advertising, Bartana's films boldly traverse a landscape scarred by the histories of competing nationalisms and militarisms,” said Elizabeth Smith, AGO executive director of Curatorial Affairs and curator of the exhibition.

Featuring architecture and scenography by Oren Sagiv, ...And Europe Will Be Stunned raises questions about ideas of homeland and a sense of belonging. In the films -- Mary Koszmary (Nightmares), Mur i Wieża (Wall and Tower) and Zamach (Assassination) -- Bartana tests reactions to the unexpected return of the “long-unseen neighbour,” telling a story of the Jewish Renaissance Movement in Poland. The trilogy also challenges the viewer's readiness to accept the other and the complexities of cultural integration in a culturally and politically unstable world.

...And Europe Will Be Stunned is accompanied by one of the artist's earlier video works, Trembling Time (2001), from the AGO's collection. Bartana will be present for a public Meet the Artist program on Jan. 26 from 7 to 8:30 p.m. in Jackman Hall at the AGO.

Contemporary programming at the AGO is supported