Michelle Jacques is a curator, writer and educator based in Victoria, B.C, where she currently holds the position of Chief Curator at the Art Gallery of Greater Victoria. Michelle formerly held the position of Acting Curator of Canadian Art at the Art Gallery of Ontario. Her curatorial projects at the AGO have included At Work (2010); Sarah Anne Johnson: House on Fire (2009), All Together Now: Recent Toronto Art (2008), Luis Jacob: Habitat (2005–2006), Jennifer Steinkamp: Loom (2005), and Present Tense: Kori Newkirk (2005). She also curates the AGO project series Toronto Now, which launched in Spring 2010. In 2007, she curated At the Corner of Time and Place, the Scotiabank Nuit Blanche Zone B exhibition. Her recent writings include “Art and History” in Shary Boyle: Flesh and Blood (Galerie de l’UQAM, Montreal, 2010), “And the winner is…,” an exploration of Camille Turner’s Miss Canadiana performance, in Byproduct: On the Excess of Embedded Art Practices (YYZ Books, Toronto, 2010), “Another World: Material and Metaphor in the Video Work of Wangechi Mutu” in Wangechi Mutu: This You Call Civilization? (Art Gallery of Ontario, 2010), and “Art and Institutions: An interview with Janna Graham and Anthony Kiendl” in the September 2007 issue of Fuse magazine. A contributing editor with Fuse, Jacques also sits on the board of directors of Vtape and teaches in the Curatorial and Critical Practice program at OCAD University. 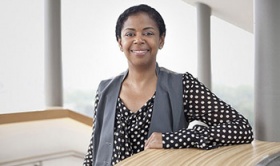