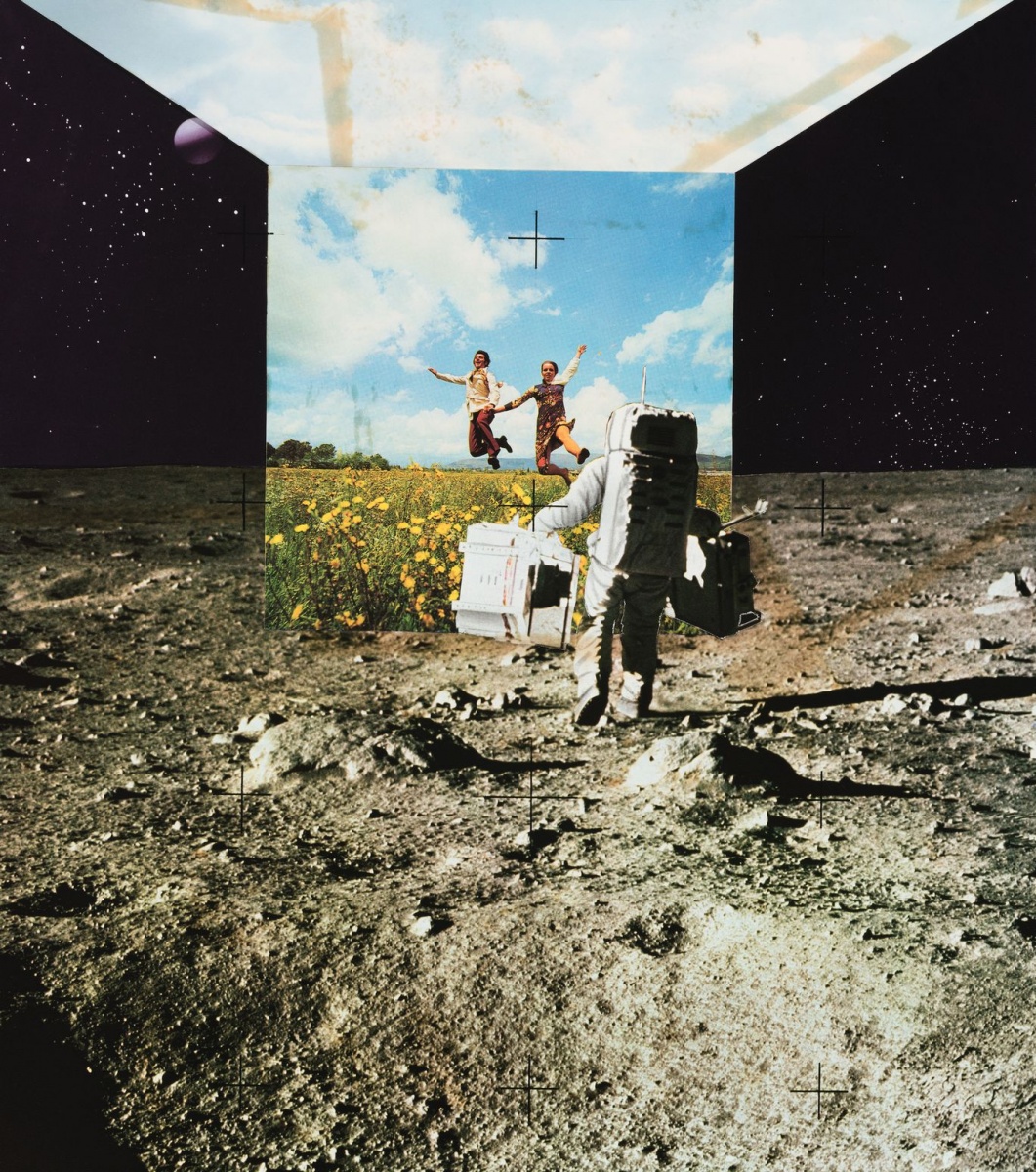 Art and material culture collide next month as the AGO’s ongoing Virtual School Program welcomes guests from the Canadian Centre for Architecture (CCA). Situated in Montreal, the CCA is an international research institution and museum dedicated to exploring the role architecture plays in shaping contemporary society.

The theme of art and the environment will take on a whole new meaning when the CCA co-hosts live sessions on June 1 and 7, featuring the work of Italian experimental architect Alessandro Poli and the popularity of underground homes.

To find out more about these exciting sessions and what we can expect, we spoke with CCA Public Program Assistants Iro Kalargyrou and Carla Rangel.

AGOinsider: For those unaccustomed to the term, what is material culture?

Kalargyrou & Rangel: Material culture is a way of looking at artifacts, such as architectural objects, for their historical, cultural and social context. It’s a term often used by archaeologists and anthropologists as they explore cultures and societies through the things they create and use, and of course, through the buildings and the spaces they design and inhabit. It can include mundane and everyday objects as well as religious artefacts and highly specialized objects, all of which tell us about habits, daily routines, social structures, aesthetics, technologies, material resources, trading networks, but also beliefs, ideologies and aspirations.

If we look at Alessandro Poli’s Interplanetary Architecture work in this way, the project speaks of a time where space travel not only became possible but suddenly very prominent in the public imagination because of Apollo 11 (the spaceflight that first landed humans on the Moon). And Poli approached the event from a complex perspective, somewhat critical, and explored its potential repercussions more than he celebrated its facts. Approached through the lens of material culture, different objects provide us with different sets of information even if they speak about the same period or topic. 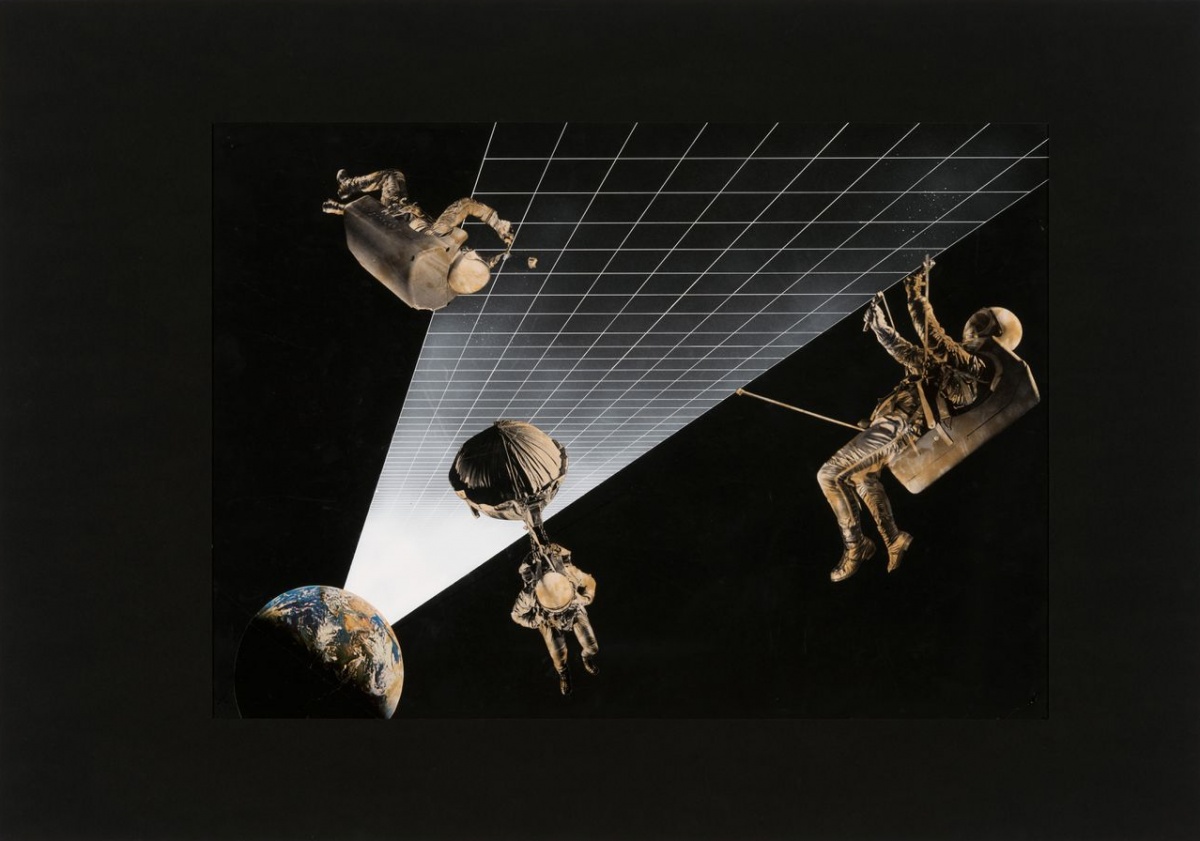 AGOinsider: Alessandro Poli was an architect who used collage. Can you tell us about what role it played in his thinking?

Kalargyrou & Rangel: Alessandro Poli used collage as inspiration for and as material in his films. He would pan the camera over the collages to create a movement effect. He used this set of tools to generate new ideas that still relate to his practice as an architect and allowed him to illustrate new worlds. Collage was not a completely unfamiliar technique, but Poli and other “radicals” from the 1960s and '70s used it with a new intensity, and film was rarely used by architects at that time since it had just started becoming commercially accessible. Film presented a new opportunity to communicate architectural ideas to a broader audience.

Poli was a member of Superstudio, a key group in the Florentine Radical movement. In Interplanetary Architecture, collage allows him to create images of ambiguous utopias, at once idealistic and ironic, and therefore create images that are critically questioning the limits of architecture on Earth. The images are not to be taken literally but rather invite the observer to imagine a utopia or an alternative reality.

AGOinsider:  Can you tell us how Poli created these images?

Kalargyrou & Rangel: Collage allowed him to create both the extreme juxtaposition of scales and contexts or suggestively photorealistic scenarios. Of course, at this time, there were no digital tools so matching perspectives or scales meant searching through many, many magazines so that images could come from any sort of publication—popular magazines, newspapers, to art and architecture publications, and especially advertisements. In his series of Interplanetary Architecture, Poli uses collage to superimpose images of the moon landing with those of everyday life events well known on earth, such as an image of the moon landing juxtaposed with an image of a lake and vacationers. To represent the Moon, Poli utilizes actual images of the Apollo 11 moon landing as found in the EPOCA magazine, which was a very popular Italian magazine, and therefore the photos would have been somewhat familiar to people.

With his collages, not only is he able to mix scales and places but also manipulate distances, as his images reposition the planets to bring them closer together. To connect these planets, Poli hand-draws interplanetary bridges which are a good example of the excellent construction of perspective in his collages.

AGOinsider: Did Poli ever apply any of these ideas from Interplanetary Architecture into his architecture?

Kalargyrou & Rangel: Poli stated that “The Moon […] is not a space for building terrestrial architecture” so it’s clear that he was not thinking of his Interplanetary Architecture in terms of conventional architectural practice. However, Poli’s work at-large emphasizes questioning current and imagining future possibilities about the way we live in our actual earthly societies, so we can say his work for Interplanetary Architecture is also his reflection on how we inhabit the Earth.

AGOinsider: Interplanetary Architecture is such an exciting topic – with the renewed interest in space tourism, has the topic come alive again?

Kalargyrou & Rangel: Perhaps the most important part of thinking about life in space is what it could mean for life here on Earth. In the exhibition Intermission: Films from a Heroic Future, we presented experimental and artistic films. Speed and space technology are seen as both heroic indicators of progress and as harbingers of an uncertain future. The same ambiguity was explored in the Other Space Odysseys exhibition in 2010 which looked at the fantastical potential of space in architecture, but also at the debate which questions its justification.

Currently, our projects are focused on the transformations that societies, the environment and architecture are undergoing on Earth, and in that respect, it is interesting to revisit Poli’s Interplanetary Architecture.

Interested in joining these exciting sessions? Details about how to register for these and other exciting AGO Virtual School Programs, can be found here.

The Azrieli Foundation
Volunteers of the AGO