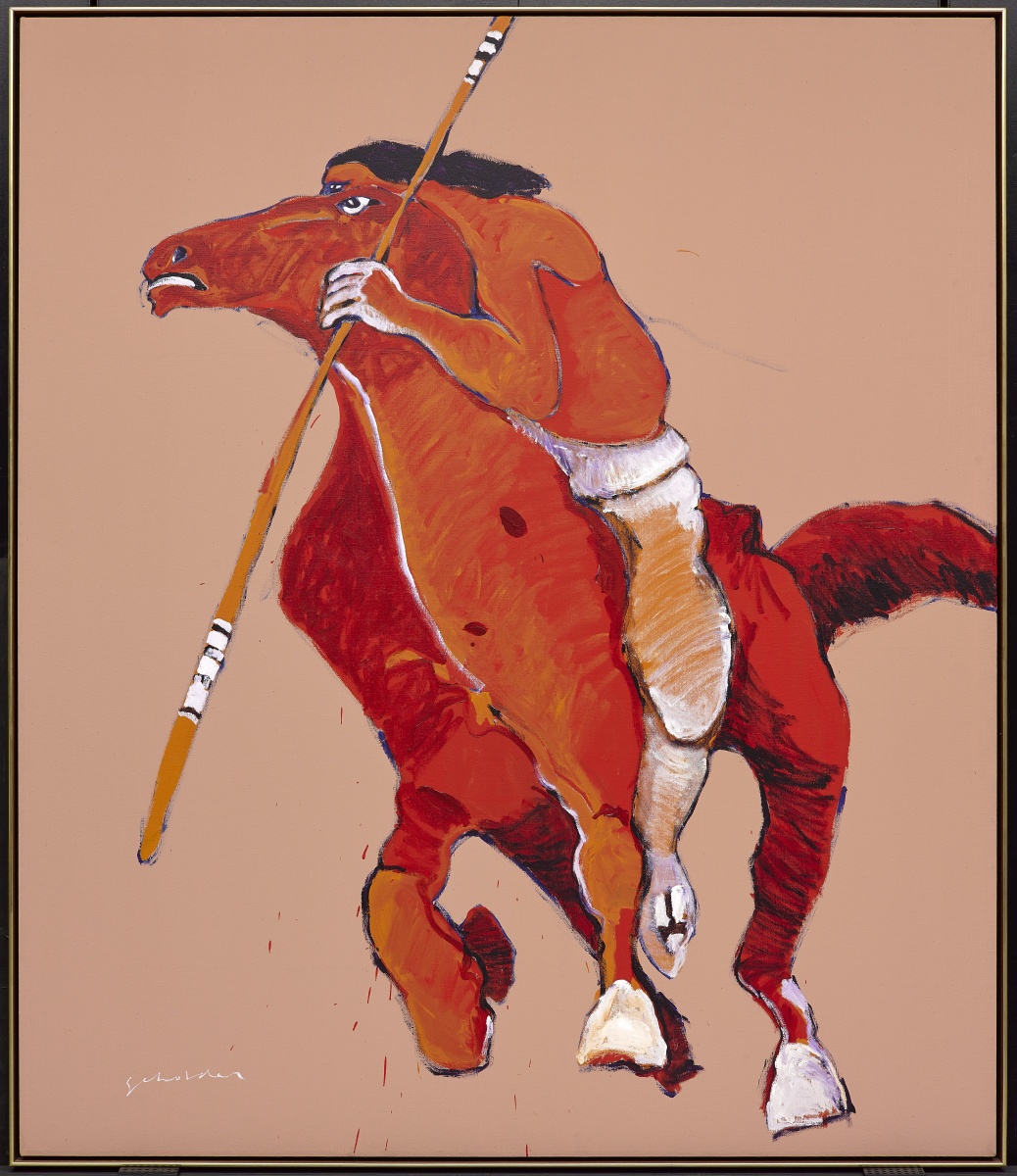 In North America, the image of Indigenous people in art, entertainment and media has been shaped over the years by different entities – some empowering, many damaging. The subject of much controversy, Fritz Scholder’s bold and nuanced take on the Indigenous experience serves as a powerful reminder that identity is complex – as highlighted in our Art Pick of the week, Hollywood Indian after Remington.

As part of Scholder’s series Indian, this vibrant orange/red acrylic-on-canvas painting (located on Level 2 in the J.S. McLean Centre for Indigenous & Canadian Art, Gallery 235) tackles the classically romanticized image of a so-called Indian warrior on horseback. This stereotype was largely championed by American artist Fredric Remington, and later typecast as the cowboys and Indians motif of early American westerns. In Hollywood Indian after Remington, Scholder reimagines a more surreal version of this image, conceptualizing the contours of the horse and rider, as they materialize, floating in negative space. His expressionist interpretation of this common stereotype is offered as a replacement, taking back authorship of a wrongfully told, overly-romanticized story.

Born in 1937 in Breckenridge Minnesota, Fritz Scholder led a successful career full of critical acclaim for his body of diverse, influential works – primarily paintings, but also including lithographs, photographs, sculpture and books. Though his paternal grandmother was a member of the Luiseño tribe of Mission Indians, Scholder never considered himself Indigenous. Many believe this unique insider/outsider lens contributed to his subversive take on Indigenous people in contemporary America.

Works like Mad Indian No.3  and Indian at Gallup Bus Depot tackle the ripple effect of European colonization on Indigenous culture, while also offering an abstract, expressionist touch. “I’m interested in someone reacting to the work, and I don’t much care if they react negatively or positively, as long as they react. I felt it to be a compliment when I was told that I had destroyed the traditional style of Indian art”, said Scholder.

Such powerful sentiments echo loud and clear through Scholder’s pivotal and innovative work. 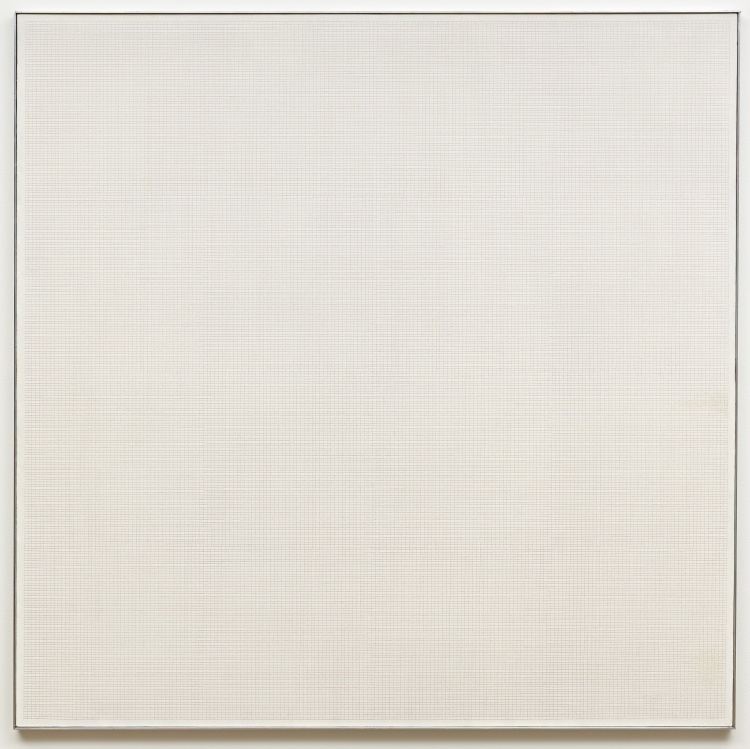 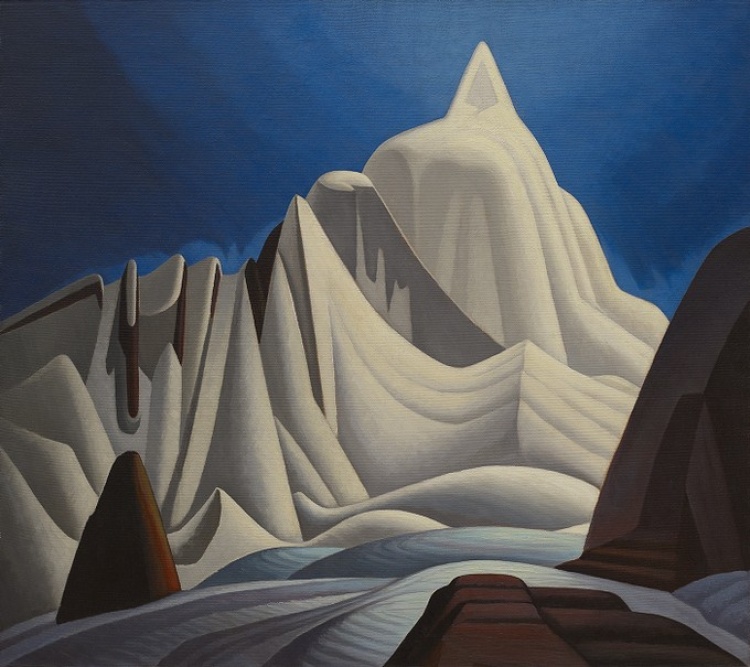 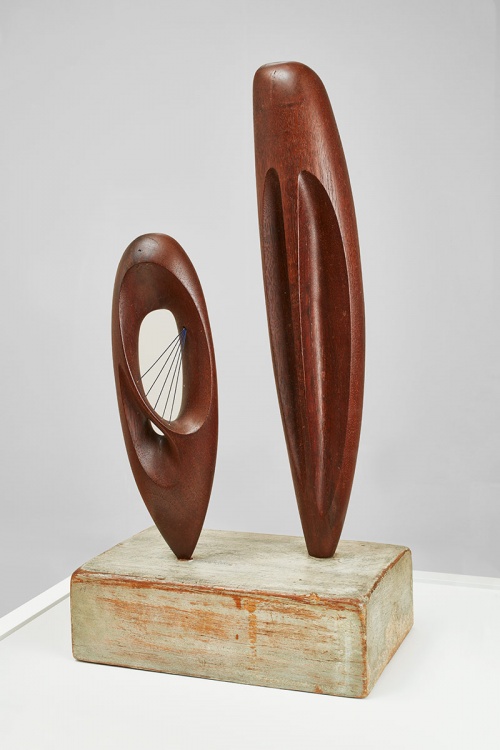 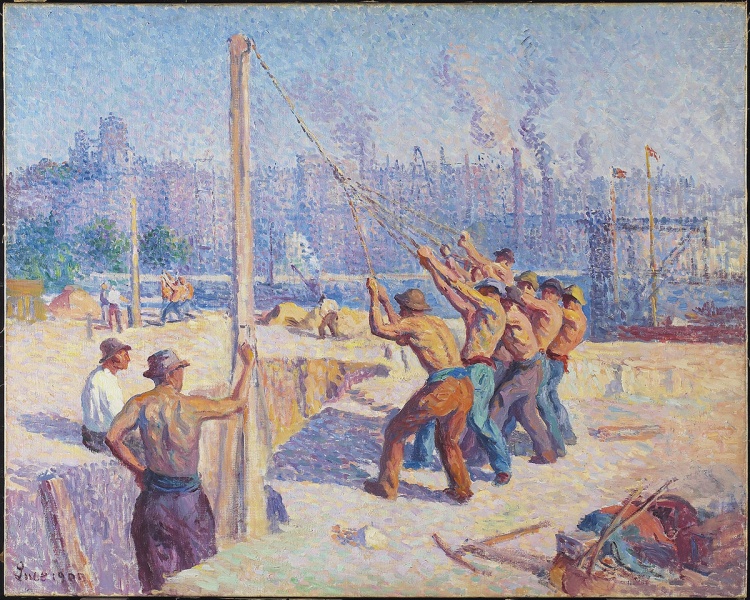 Art Pick of the Week: The Pile Drivers–The Yard