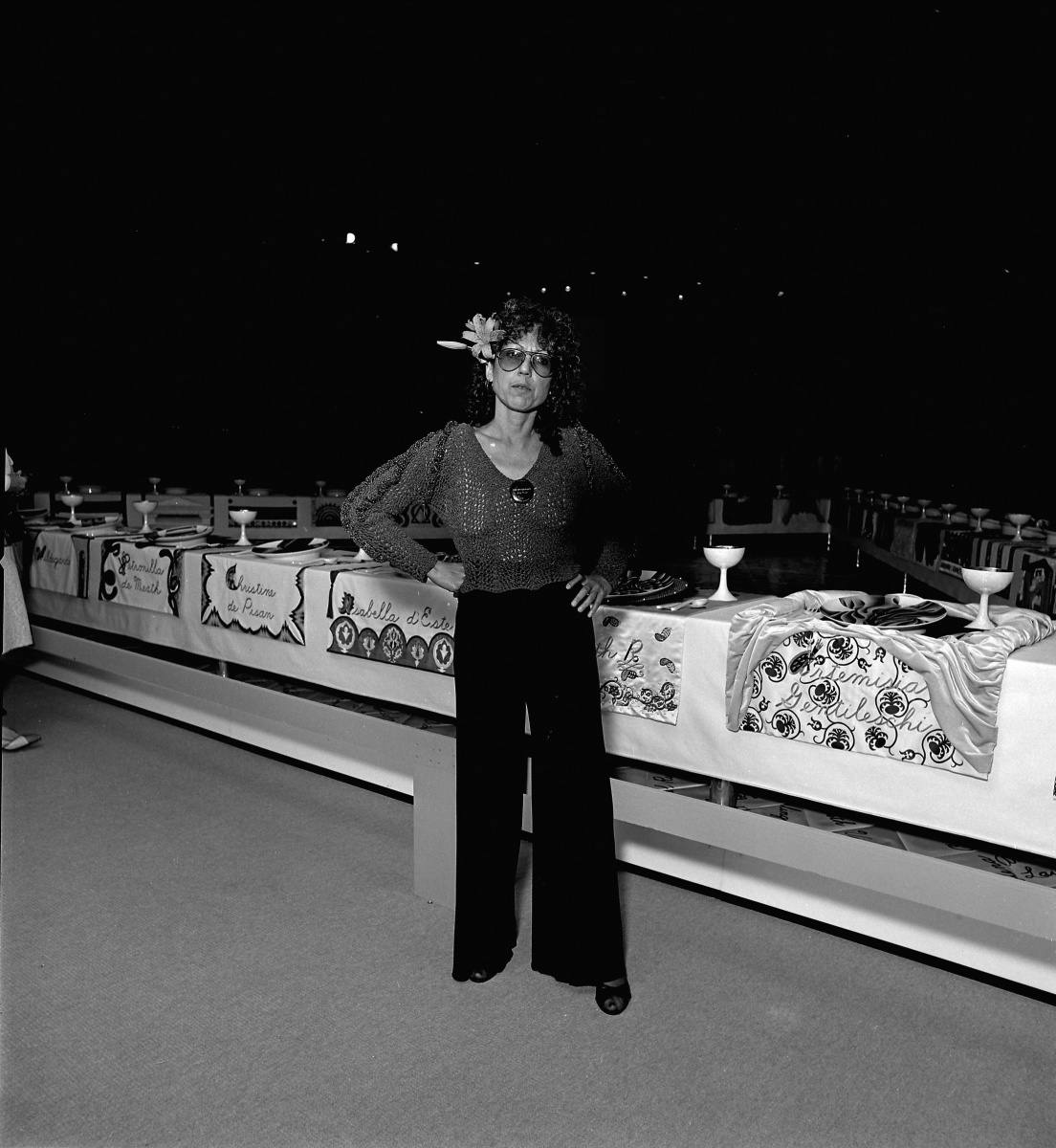 Author, educator and intellectual Judy Chicago is one of the most important and influential feminist artists of the past century. She is best known for The Dinner Party (1974–1979), a large-scale installation made up of three long banquet tables arranged in a triangle. It includes 39 elaborate table settings, each featuring dinner plates celebrating notable women throughout history from Virginia Woolf to Susan B. Anthony.

The Dinner Party toured 16 venues in six countries across three continents and was viewed by 15 million before finding a permanent home in 1996. It visited the AGO in 1982 and was seen by over 50,000 visitors in six weeks. The exhibition was covered extensively in the media and was a catalyst for dialogue on women’s issues in the press.

Celebrating that moment and the vital role The Dinner Party plays in feminist art history, the AGO has acquired six preparatory works made by Chicago for the original installation, including four ceramic test plates and two drawings that honour the contributions of four incredible women. They include Eleanor of Aquitaine, one of the most powerful women during the Middle Ages in both England and France; Sacajawea, a Shoshone woman who acted as an interpreter and guide for the Lewis and Clark expedition across North America to the Pacific Ocean; Caroline Herschel, the first woman to discover a comet (one of eight she found in her lifetime); and Elizabeth Blackwell, the first American woman to graduate from medical school.

When seen together, these works provide new insights into the evolution of Chicago’s most influential work. And good news: they will go on view at the AGO on December 20 on Level 4 of the Vivian & David Campbell Centre for Contemporary Art. Admission to see this installation is free for AGO Members, AGO Annual Pass holders and everyone under 25.

The six preparatory works for The Dinner Party were a gift of ARTdivas Inc., a Calgary women's collective, with support from patron Judy Chicago in 2018.