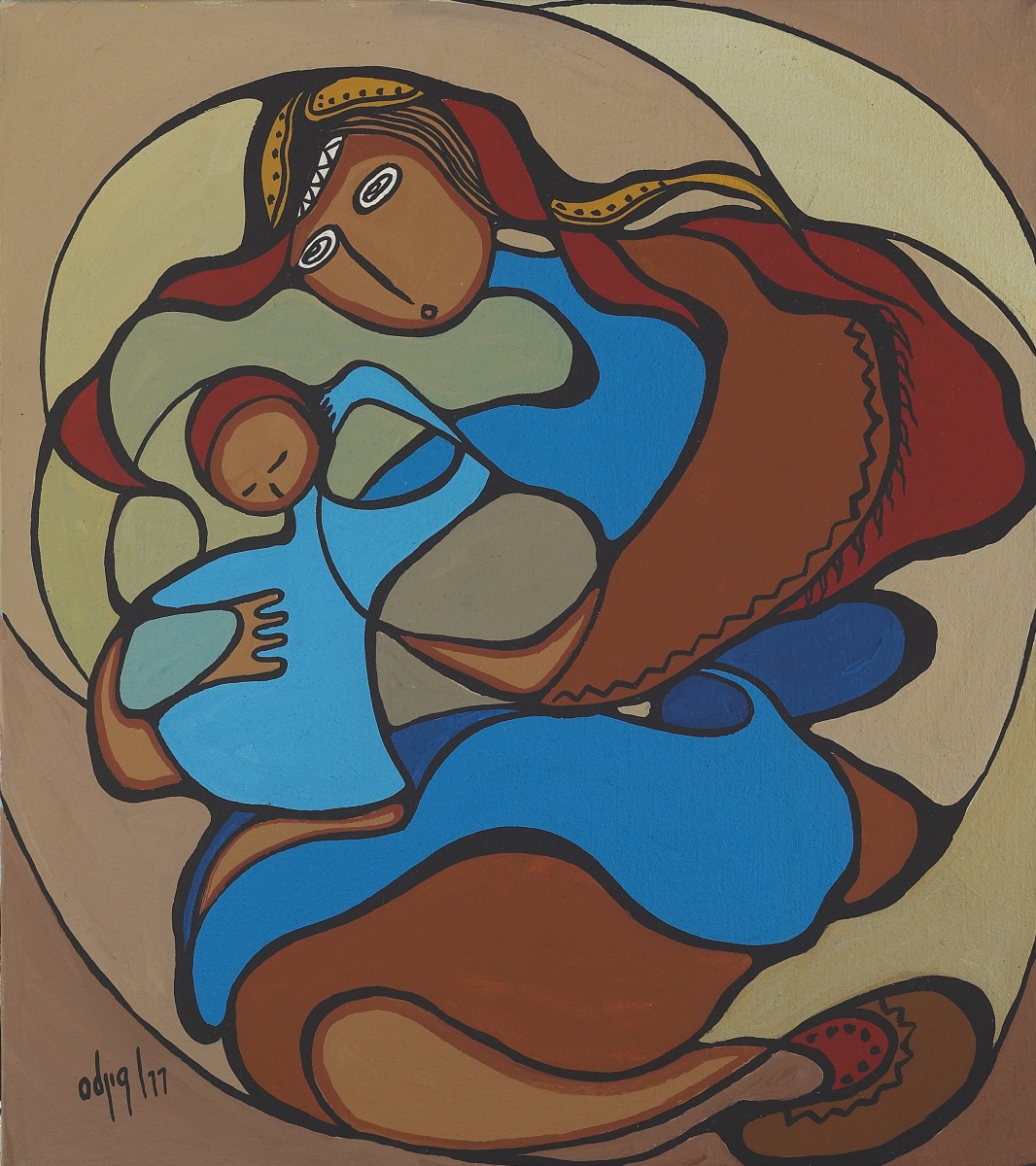 What does it mean to be an artist and a mother? Like women in many other industries, artists are forced to juggle motherhood and career, going above and beyond to manage two full-time roles – each coming with very little margin for error. At best, these roles can act in a kind of symbiosis with each other, given the often inspirational relationship between art and life. Many works in the artistic canon symbolize the powerful intersection of motherhood and artistry – some of which can be found here at the AGO. In celebration of Mother’s Day, we’re highlighting some of our favourite women artists in the AGO Collection, who also happen to be mothers.

The late Daphne Odjig (1919 - 2016) is one of Canada’s most celebrated First Nations painters and printmakers. A mother of three, Odjig often created work inspired by family, togetherness and – in some cases – motherhood specifically. Frequently referred to as “the grandmother of First Nations art,” Odjig was of Odawa, Potawatomi and English heritage. Norval Morriseau affectionately referred to her as “Picasso’s Mother.” Part of the AGO Collection, her 1977 painting Mother and Child – Playtime (image above) depicts a mother and her baby in a loving embrace. 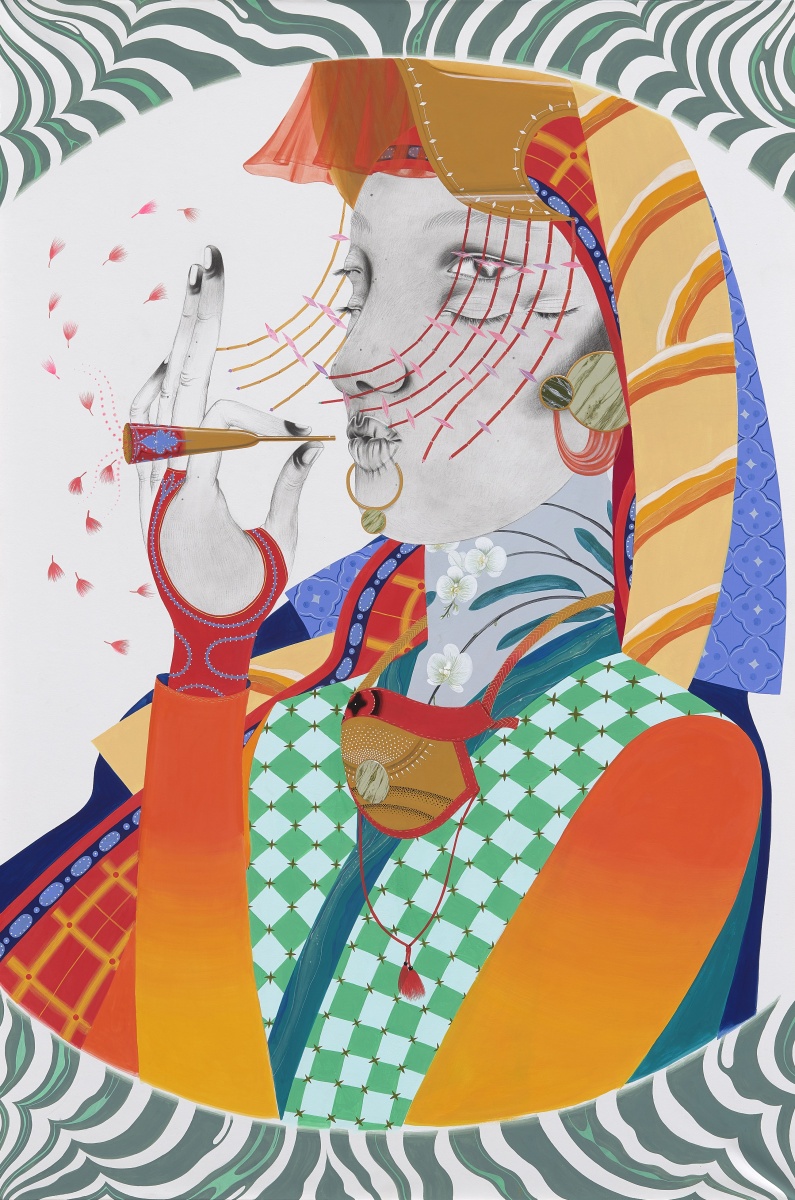 Rajni Perera is a Sri Lankan-born, Toronto-based visual artist who creates works of vivid futurism using various media. Her nine-year-old daughter has a close relationship with Perera's artistry, often tagging along to the studio to watch her mother work. The two were recently featured in the Toronto Star for a story about Perera’s thriving practice. Her mixed-media portrait, Fresh Air, was acquired by the AGO in 2019; it is part of the Traveller series, which focuses on the sovereignty and migration of diasporic people over time and into the future. 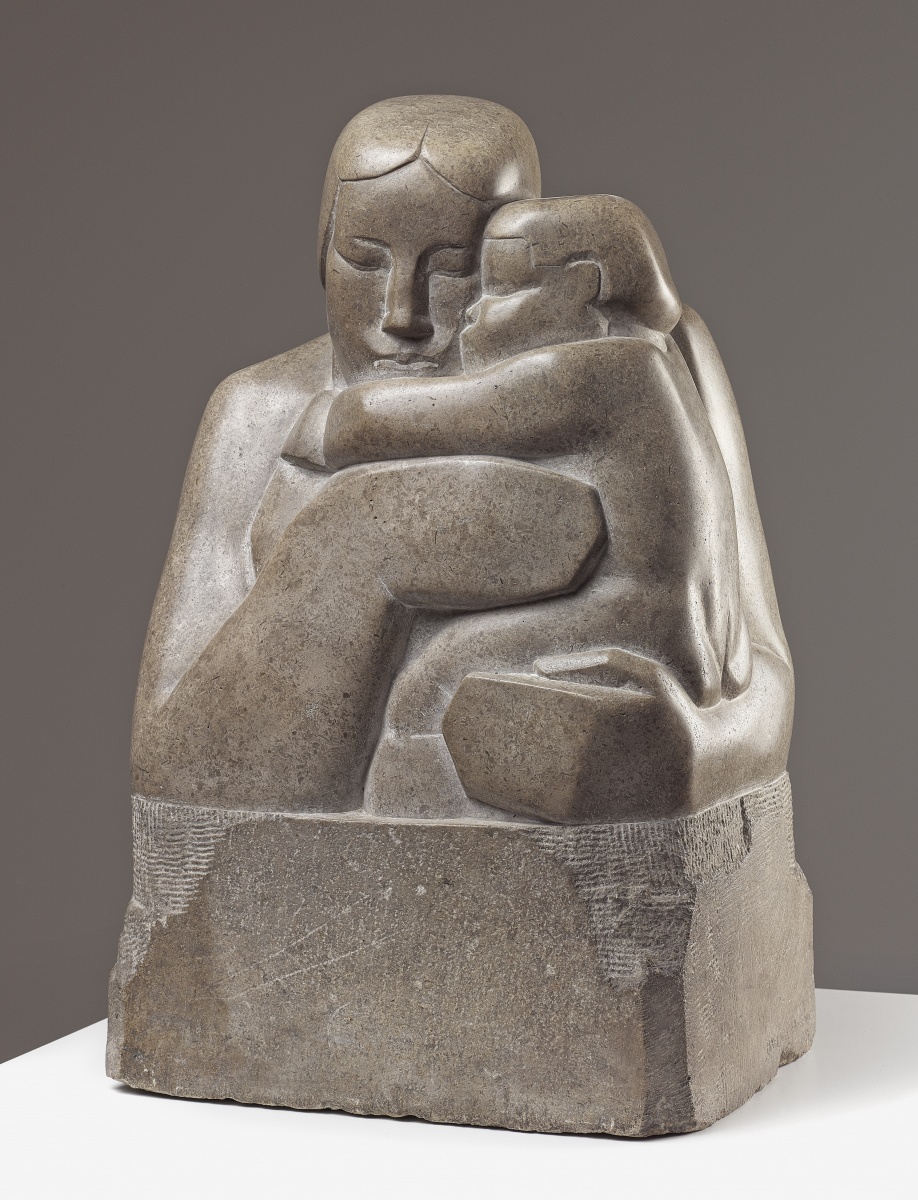 Working mothers fill many roles and the celebrated British modernist sculptor Barbara Hepworth (1903–1975) can also be seen as the mother of twentieth-century sculpture. Her famous stone and wood carvings and her iconic pierced forms had a profound impact on her contemporaries, including Henry Moore (British, 1898–1986). A fierce advocate of “truth to materials,” she also inspired generations of artists to create works whose content and form are the products of the properties of the wood or stone they are carving.  In her sculpture Mother and Child (1927) for example, created only months before the birth of her first child, the tight embrace of her figures are inspired by the thickness and solidity of the stone from which it is hewn. For Hepworth, sculptures are born out of the tension between an artists’ hand and the material they use.

African-American contemporary artist Kara Walker boldly explores race, gender, sexuality and violence through various media, including sculpture, collage, mixed media, drawing, graphic imagery and moving image/animation. She is well-known for her paper-cut silhouettes, used to create narratives that candidly unpack the horrors of American slavery. In 2005, Walker incorporated the recorded voice of her daughter into her video work, 8 Possible Beginnings or: The Creation of African-America, a Moving Picture. Her three-panel etching Resurrection Story with Patrons, as well as her two-channel video projection Bureau of Refugees, Freedmen and Abandoned Lands: Six Miles from Springfield on the Franklin Road & Lucy of Pulaski, are both part of the AGO Collection.

Have a wonderful Mother’s Day! Be sure to check out these works and more of the AGO Collection when we reopen.