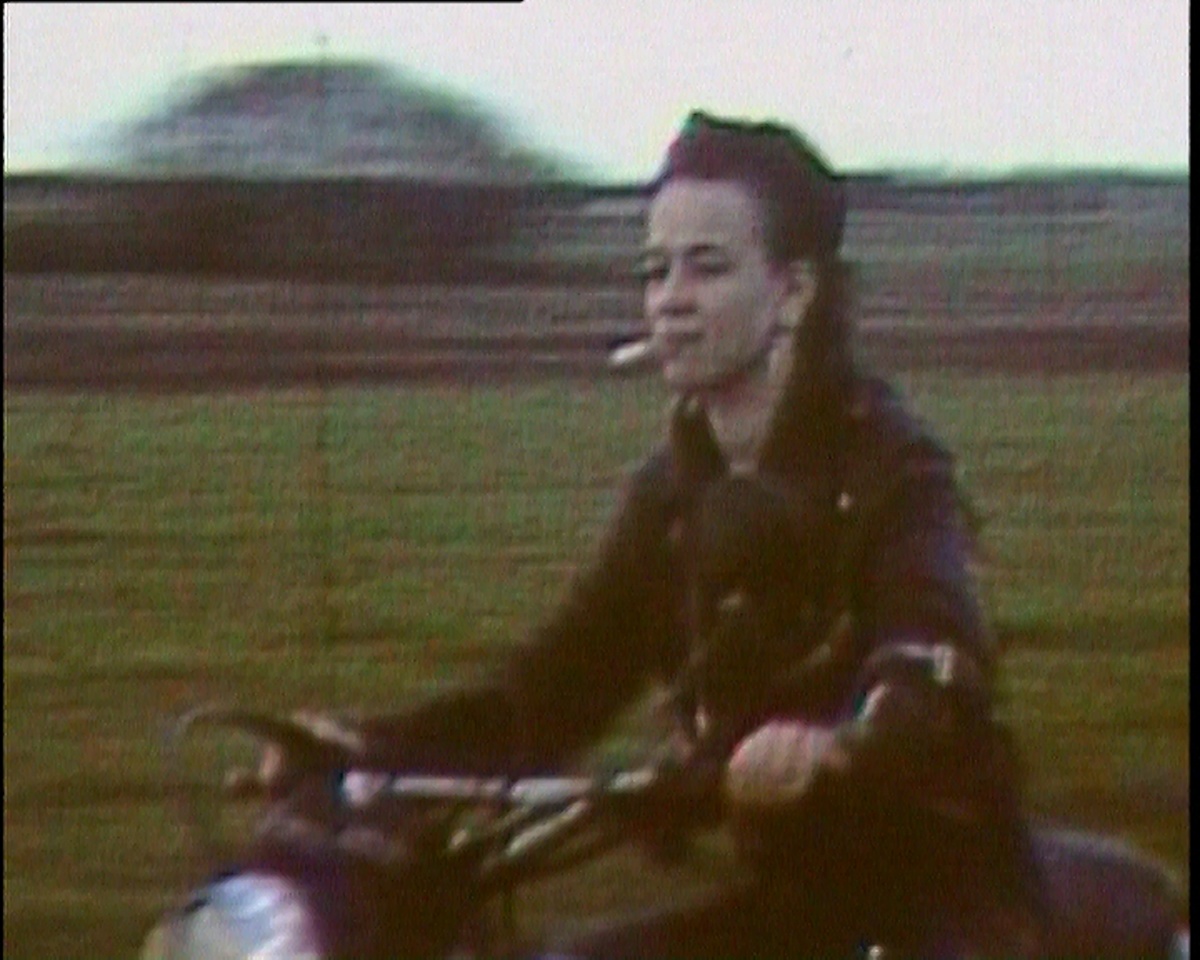 A writer, artist and filmmaker renowned for her acute observations of our contemporary world, Hito Steyerl is not afraid to turn the camera on herself. Nestled within her current solo exhibition, Hito Steyerl: This is the future, is a pair of strikingly autobiographical works. Bubbling with her hallmark incisiveness and humour – and echoing with infectious pop songs – these films are not unique in their willful blending of the personal and political, but stand out for their reliance on that most tangible of images: a snapshot.

Including footage from her first movie – a Kung Fu type thriller made when Steyerl was 17 – November (2004) is meditating on the role of images in revolution. Inspired by the discovery of a poster (that had a picture of her teenage best friend Andrea Wolf) that Steyerl found discarded on the floor of a porn cinema, the 25-minute film charts, through documentary footage, found footage, movie clips and narration, Wolf’s journey from activist to member of the PKK (Parti Karkerani Kurdistan, or Kurdistan Workers’ Party), and following her death, the adoption of her snapshot as a symbol of martyrdom. The film then shifts its focus to the role of German munitions in Turkey. The title of the film is an allusion to the period of disillusionment that came following the Russian Revolution of October, 1917.

Writing in the exhibition catalogue, critic and writer Brian Droitcour urges us to consider every work by Steyerl as intensely autobiographical. “Lovely Andrea may be Steyerl’s most personal video. But all of Steyerl’s essays are personal, because the essay – as an expression and exploration of the author’s position – is always personal…. When Steyerl writes about media and power, she is thinking through her own manipulations and abuses in this realm.”

Two years following the release of Lovely Andrea, Steyerl published an essay entitled In Defense of the Poor Image. In this now iconic text, the artist builds on the ideas seen in November and Lovely Andrea, giving definition to these travelling images and leaving us with much to consider. In it, she describes the poor image as one that is “dragged around the globe as commodities or their effigies, as gifts or as bounty. They spread pleasure or death threats, conspiracy theories or bootlegs, resistance or stultification. Poor images show the rare, the obvious, and the unbelievable – that is, if we can still manage to decipher it."

Don’t miss your chance to see the incredible work of Hito Steyerl in person. Hito Steyerl: This is the future is on view now at the AGO through February 23 on Level 5 of the Vivian & David Campbell Centre for Contemporary Art.