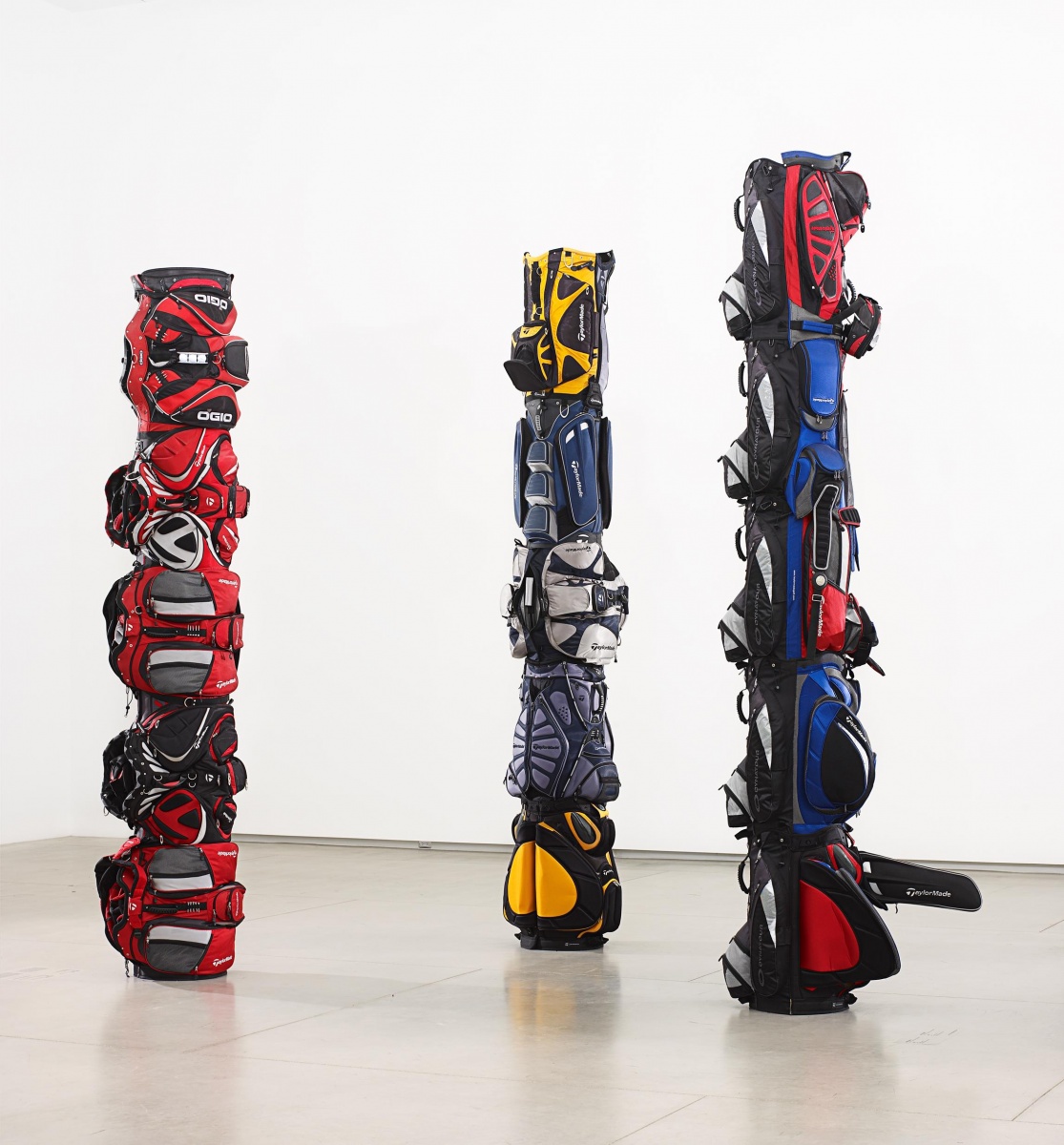 Sometimes the deceptively simple concepts behind the works in Brian Jungen Friendship Centre betray their much deeper meaning. Take the five works titled 1960, 1970, 1980, 1990, 2000. Casually dubbed “tube stacks” by Brian Jungen, each of these works is constructed from golf bags stacked around a large cardboard tube to resemble the totem pole carvings created by Indigenous peoples of the Pacific Northwest.

Looming tall over the exhibition, these works were created when Jungen became curious about land use in Vancouver. During his time living and working there, he noticed that several Indigenous communities had struck land lease deals, allowing developers to build golf courses on what was once tribal land.

This had strong echoes of the Oka Crisis, dating back to 1990. In this instance, a court decision granted a developer permission to expand a golf course onto disputed Mohawk territory just outside the town of Oka, Quebec. The result was a long protest that shed light on the land-use issues facing First Nations People across the country – an issue that still lingers today.

With all these connections between Indigenous territory, land use and golf courses, Jungen’s choice to use golf bags as a sculptural medium seems apt – but what’s the reason for naming each piece after a decade? In his research, Jungen noticed that since Indigenous Peoples were given the right to vote in 1960, every decade has seen a defining issue that shaped Indigenous–Crown relations in Canada. From the Sixties Scoop to the closure of the last residential school and the Truth and Reconciliation Commission (TRC), each decade—and each totem bearing its name—holds a unique meaning.

Get a closer look at these striking sculptures and listen to the artist’s take on the significance behind these towering works in the video below.

Want to learn more? See these “tube stacks” in person at Brian Jungen Friendship Centre on now until August 25. While you’re here, launch HARK, the AGO’s new chatbot, and listen to more interesting facts about this and other works in the exhibition.

Panasonic
Volunteers of the AGO 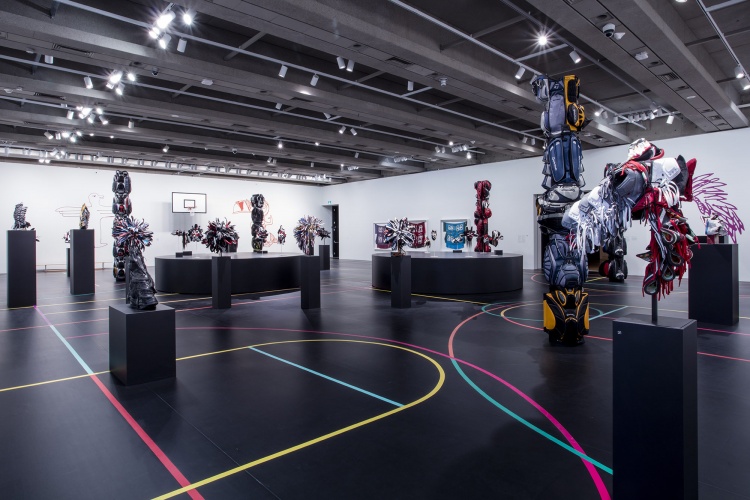 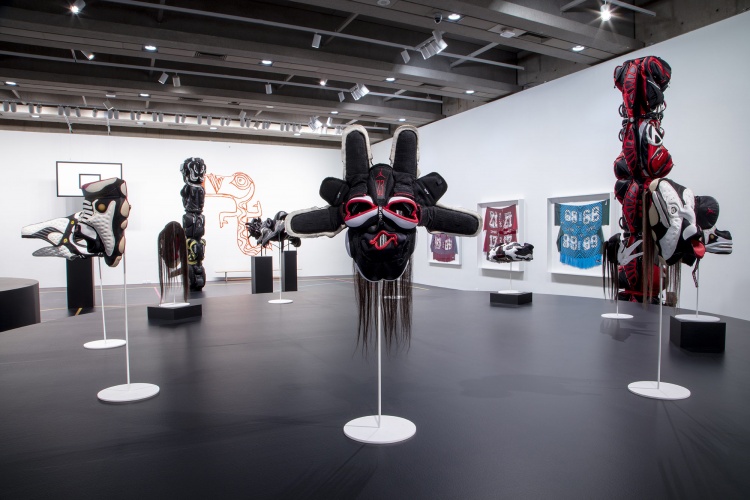 A slam dunk for Friendship Centre 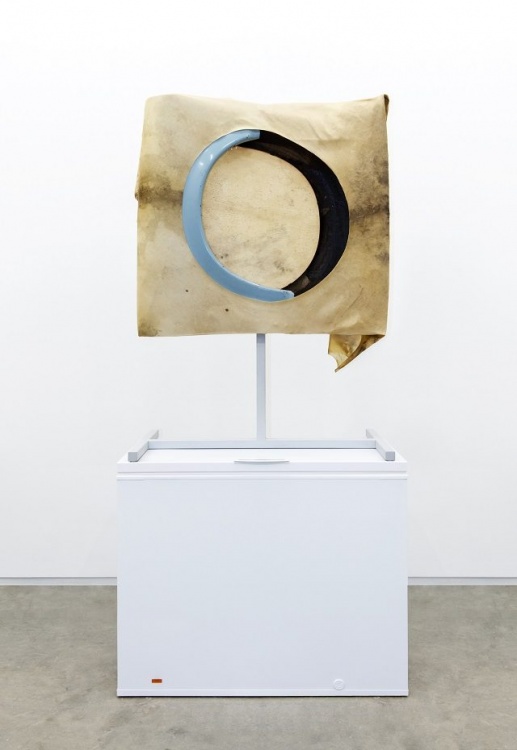 By the light of the moon 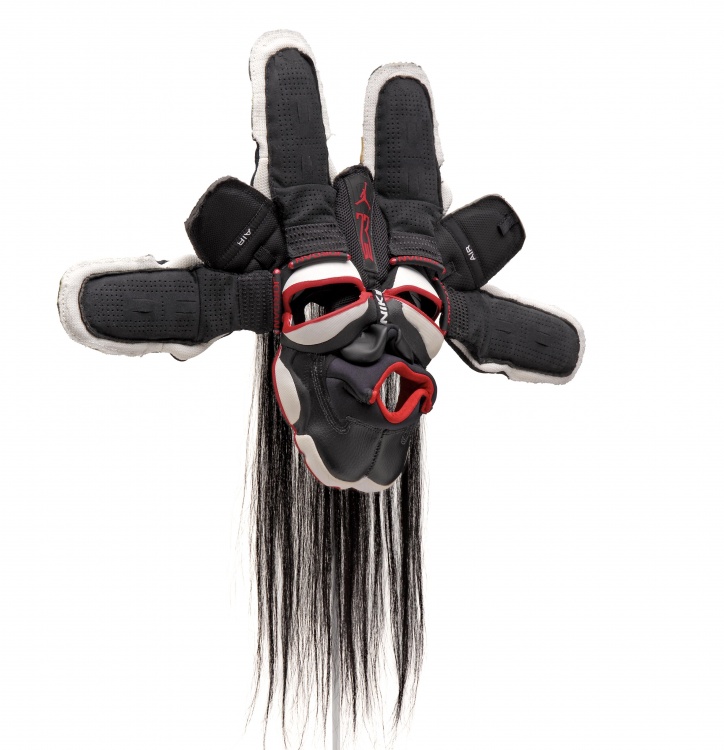