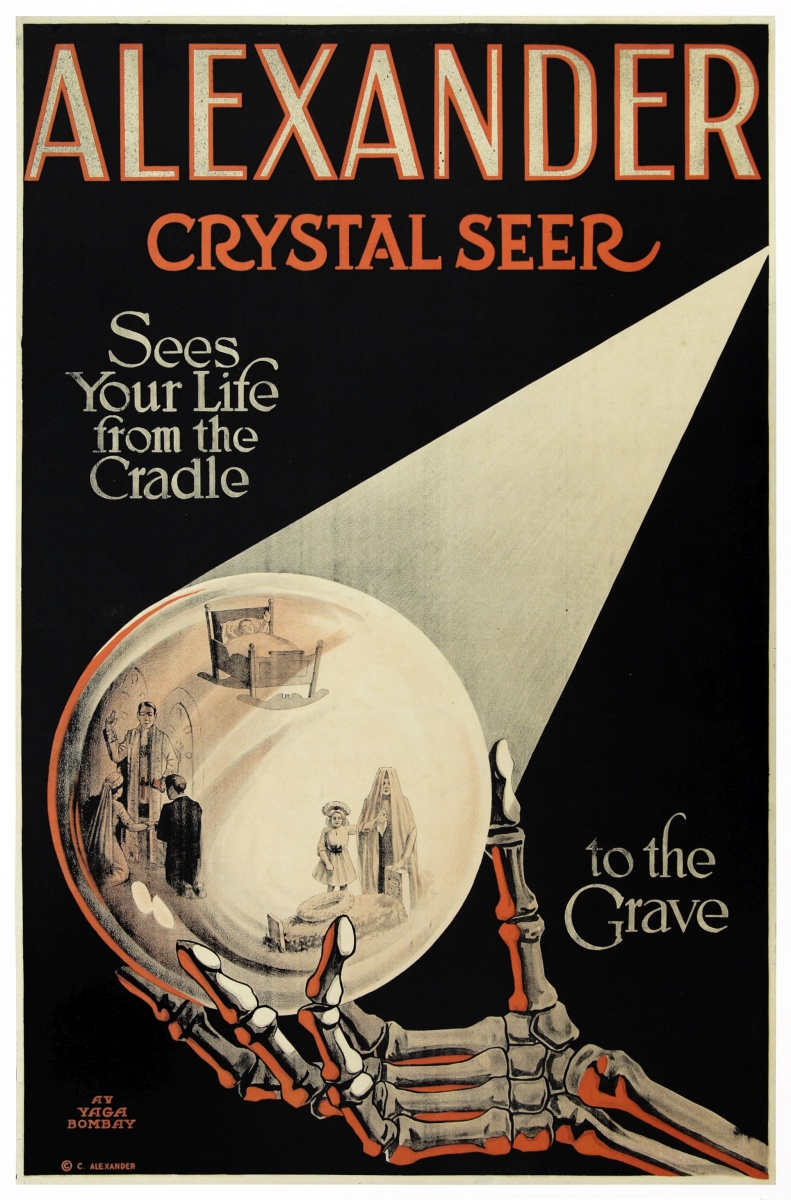 If you had a crystal ball that allowed you to see into your future, would you take a look? If you said yes, you aren't alone. Entire careers have been built on our common desire to know what's to come. Alexander the Crystal Seer, was one of them.

Born Claude Alexander Conlin in 1880, “the man who knows” - one of the stage names he used - had great success as a telepath and “seer” during the Golden Age of Magic that occurred at the dawn of the 20th century. Using his famous and fascinating crystal ball, he gave private readings and ran a question and answer column in a local newspaper. To learn more about the origins of crystals and minerals and their symbolism throughout history, we spoke with Katherine Dunnell, Mineralogy & Geology Technician at the Royal Ontario Museum.

AGOinsider: Where do crystals fit in the study of geology?

Dunnell: Geology is the study of the Earth, and in part, focuses on the products of the Earth, namely rocks and minerals and the processes that produce these products. The word mineral and crystal are used interchangeably but they are not the same thing. If we are talking about the products of the Earth, we are talking about minerals. Minerals are inorganic, naturally occurring substances that have ordered crystalline structures. Crystals are not necessarily inorganic nor naturally occurring but exhibit a crystalline structure. A great example is the sugar crystals you use in your coffee or tea. These are not minerals because they are grown and do not have a regular, repeating structure.

AGOinsider: What is a crystal ball and what makes it special?

Dunnell: Throughout history, literature documents the interaction of humans with minerals, some crafting them into spheres or egg-shapes and staring into them. To reflect on what a crystal ball is made from and how it is made, does shed some light on why these crystal balls are so special. As the name suggests, crystal balls are fashioned from crystals, typically but not exclusively, from a transparent variety of quartz called rock crystal. Large, inclusion-free minerals are rare in nature, so securing a large piece of rock crystal to carve and polish down is a difficult task. Once the cutter has the material, they must spend many hours and days grinding and polishing a perfect sphere out of this natural material. Anyone who has tried to draw a perfect circle on a piece of paper can understand how difficult this is. The cutter has the added difficulty of having to work in three dimensions and with material that can be quite heavy. The process of creating a crystal ball is a similar process to cutting a gemstone, and it requires a person with specialized abilities to fashion something that is perfectly round and has a high polish. The most famous crystal ball is on display in the Smithsonian National Museum of Natural History. This huge sphere weighs 106.75 pounds (48.42 kg), 12.9 inches (32.76 cm)in diametre and is internally flawless.

AGOinsider: How did minerals and lore get linked?

Dunnell: While this falls outside the study of geology, there are many cultural folklore stories that make connections between certain minerals and gemstones and some of the special properties they are believed to hold. George Frederick Kunz, who was a mineralogist, wrote a book called The Curious Lore of Precious Stones in 1913 in which he gathered many of these stories associated with minerals and gems. For example, amethyst means “not drunk” in Ancient Greek, and was a guard against drunkenness. Birthstones are a modern-day example of associating lore with minerals. The idea is that you are to buy and wear a gemstone from the month you were born for good luck.

AGOinsider: What are the common uses of minerals today?

Dunnell: What doesn’t have minerals? Our entire existence is based on the premise that everything in our lives comes from two places: we grow it or we mine it. Those two buckets sustain us throughout every second of our day. Minerals are found in the quartz movement in watches, the red in many lipsticks, in cell phones, and they are the reason we can flush a toilet in our homes. Minerals are everywhere but they just don’t look like those pristine minerals within a geode. It is remarkable to think about everything we get from the Earth and what the Earth provides.

Get up close and personal with posters of Alexander the Crystal Seer in Illusions: The Art of Magic on now until November 8.

Interested in learning more about different types of crystals? Visit the ROM's Teck Suite of Galleries: Earth's Treasures, where close to 3,000 exceptional specimens of minerals, gems, meteorites and rocks are on display. AGO Members can enjoy a free visit to the ROM on October 17 and 18.