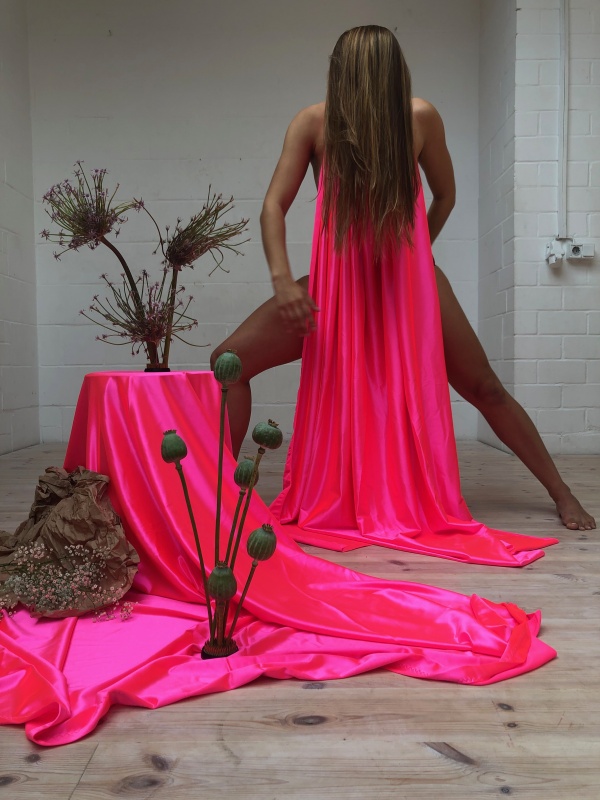 This is not a seated performance.
And please note, the performance will loop over a two hour period.

Responding to the dramatic setting of AGO’s European Masters galleries, Slow Death is an installation performance engaging with the idea of perpetual transformation. Juxtaposing found objects, electronic music and colourful fabrics against the 16th century artworks, Lambin-Gagnon creates an eclectic tableau. The performance, consisting of a duo and a solo performer across two different galleries is a deliberate, slow-moving show that brings the viewers on a visual and emotional journey, creating in the process a constant moving image that dies and rebirths in front of the viewers’ eyes. This is the world premiere of Slow Death.

Originally from Montreal, Marie Lambin-Gagnon is an artist, choreographer and dancer who creates immersive performances that utilize visceral experiences as a way of communicating and understanding the world. She has collaborated with internationally renowned visual artist Sara Cwynar and was commissioned to create the choreography for her work Red Film, presented at the Sao Paulo Biennal in Brazil. In October 2018, Lambin-Gagnon self-produced her first full-length work, White Elephant, a 60-minute multidisciplinary dance installation for which the entire performance space was covered in bubble wrap.