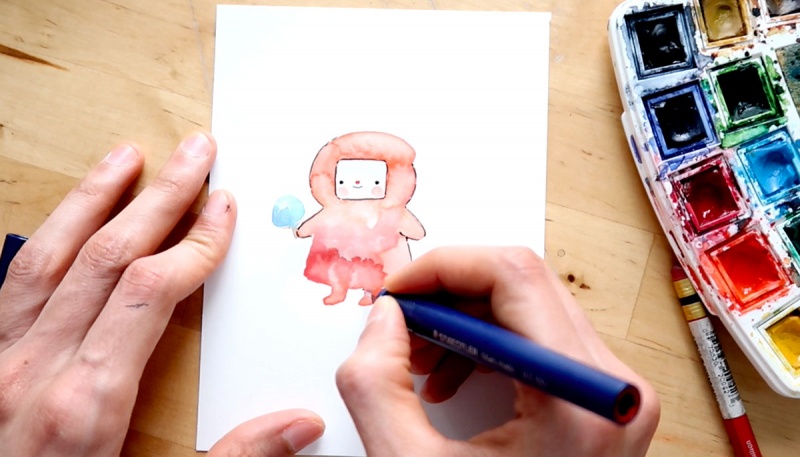 Learn how to bring play into the creative process of drawing! Join Tiana Roebuck, AGO Associate Curator, Studio Programming and Learning in conversation with special guest, Ani Castillo, a multidisciplinary artist and cartoonist featured in both Mexican and Canadian newspapers. Ani’s first book, Ping, was selected by the CBC as one of the best books of 2019 and she'll share her tips and tricks to draw awesome characters and play with drawing at home.

Ani Castillo was drawing all day from age 3. So, by age 4 she already had a bit of an advantage over her contemporaries, when it came to art. As a teenager, she was terribly shy, so she threw herself into her art as a way to keep on loving even if she wasn’t hanging with her fellow humans. At 20, she started writing a blog which became notorious in her city, Guadalajara. Because of this blog, she got invited to work on TV and as a newspaper cartoonist. Her cartoon, Pupa & Lavinia ran for 10 years. A couple of years after that, a Canadian gentleman fell in love with her through the internet and invited her to move to his country. They married and had 2 children. Ani started creating an art project called ‘imaginary friend’ which consisted on her catching of her thoughts and turning them into cartoons. This project became a multi-year project that opened the doors to collaborating with institutions like Doctors Without Borders, CAMH and Mental Health America. She got invited to become a cartoonist for Metro Canada and The Toronto Star. In 2019 she published her first book Ping in New York, which was acquired in a 3 book deal.Ping has been translated to 6 different languages, has appeared in the New York Times Book Review, in CTV’s show “your morning” and was selected as one of the best books of 2019 by the CBC. Ani Castillo has collaborated with the AGO in projects involving a massive installation called “This Mountain Loves You” which was created and erected in Walker Court by the AGO's Youth council and herself. She has also worked as a cartooning teacher for the AGO. Ani’s passion for teaching stems from the passion she feels to nurture and empower the student’s imagination and intuition. She works from the premise that each one of us contains lots of original energy, wisdom and creativity. All we need is already deep inside ourselves, and we need to listen to our own inner voice.

This is a part of AGO Makes: Summer Edition Week 1: Play. Check out the full week of artmaking projects and programming.

 This is an Accessible Event. Learn More
DRAWING WITH ANI CASTILLO
Share 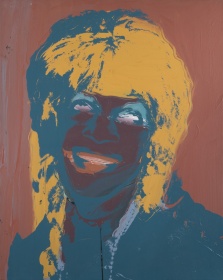