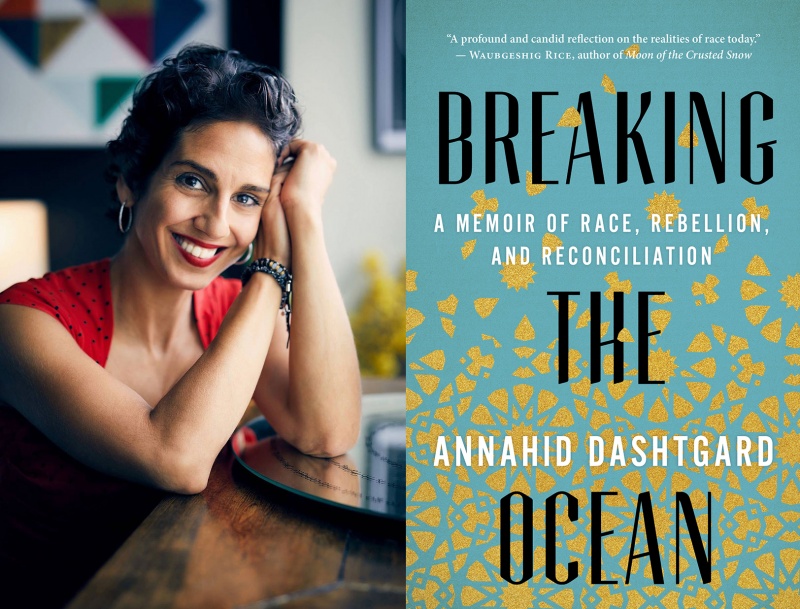 Book your free tickets below

Join author Annahid Dashtgard in conversation with Devyani Saltzman for the Canadian launch of Dashtgard’s Breaking the Ocean: A Memoir of Race, Rebellion, and Reconciliation.

In this time of rising nationalism and xenophobia, people are polarizing along racial and identity lines. Where can we turn for hopeful yet realistic narratives of the healing that is possible in relationship? In Breaking the Ocean, Annahid Dashtgard addresses the long-term impacts of immigration and racism and the chance we all have to create our own happily-ever-after. Breaking the Ocean urges us to acknowledge our differences, offering new possibilities for understanding through the revolutionary power of resilience. Join us for this timely conversation on what it means to belong, what it takes to become whole, and ultimately what is required to create change in ourselves and in society.

Annahid Dashtgard is the co-founder of Anima Leadership, an international consulting company specializing in issues of diversity and inclusion. Previously she was a leader in the anti-corporate globalization movement, responsible for several national political campaigns and frequently referred to as one of the top activists to watch in the 1990s. She is the host of the podcast series Breaking the Ocean: Soundwaves of Belonging and the director of two award-winning documentaries, Buy-Bye World: The Battle of Seattle and Bread. Her writing has appeared in the Globe and Mail, the Toronto Star, and Briarpatch magazine. Dashtgard lives in Toronto with her partner and two children. Breaking the Ocean is her first book.  (@Annahid)

Book signing to follow, and book sales by Another Story Book Shop