Art in the Spotlight: Tau Lewis 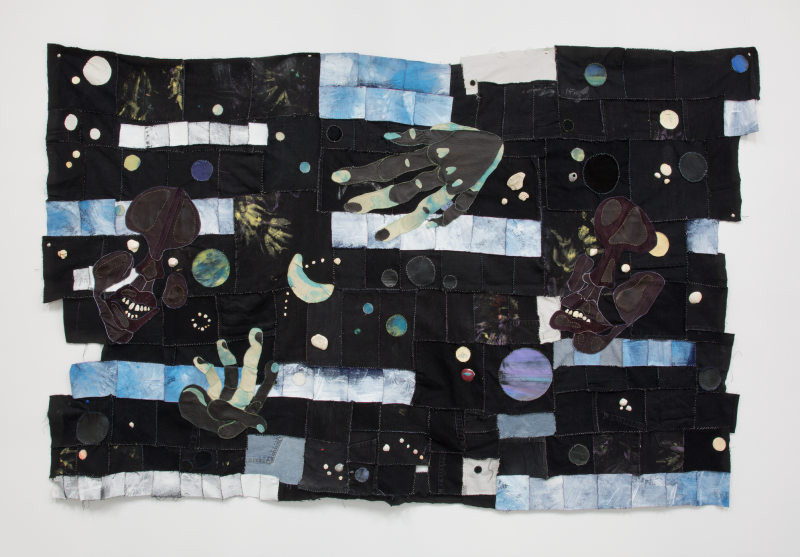 Art in the Spotlight: Tau Lewis

Tau Lewis employs arduous methods such as hand sewing, carving, and assemblage to build intricate sculptural portraits and quilts. A self-taught artist, her practice is rooted in healing personal, collective, and historical traumas through labour. The materiality of Lewis’ work is often informed by her surrounding environment: she constructs out of found, gathered, and recycled materials from Toronto, New York, and outside of her family's home in Negril, Jamaica. Lewis will be included in 2021 exhibitions at the Hammer Museum, the Grinnell College Museum of Art; Prospect 5, New Orleans; Haus der Kunst, Munich; and the National Gallery of Canada. She has exhibited at museums including Oakville Galleries, the Hepworth Wakefield, UK; and College Art Galleries, Saskatoon. She has also exhibited in artist-run spaces including Mercer Union, Toronto; Plug-In Institute of Contemporary Art, Winnipeg; Gallery 44, Toronto; and 8-11, Toronto and galleries such as Cooper Cole, Toronto; Night Gallery, Los Angeles; and Jeffrey Stark, New York. Lewis lives and works in Brooklyn.

Erin Christovale is a Los Angeles-based curator and programmer who currently works as an associate curator at the Hammer Museum at the University of California, Los Angeles. Together with Hammer Museum Senior Curator Anne Ellegood, Christovale curated the museum's fourth Made in L.A. biennial in June 2018. She also leads Black Radical Imagination, an experimental film program she co-founded with Amir George. Black Radical Imagination tours internationally and has screened at MoMA PS1; Museum of Contemporary Art, Los Angeles; and the Museo Taller Jose Clemente Orozco, among other spaces. Christovale is best known for her work on identity, race and historical legacy. Prior to her appointment at the Hammer Museum, Christovale worked as a curator at the Los Angeles Municipal Art Gallery. She has a bachelor's degree from the University of Southern California School of Cinematic Arts.

 This is an Accessible Event. Learn More
Art in the Spotlight: Tau Lewis
Share