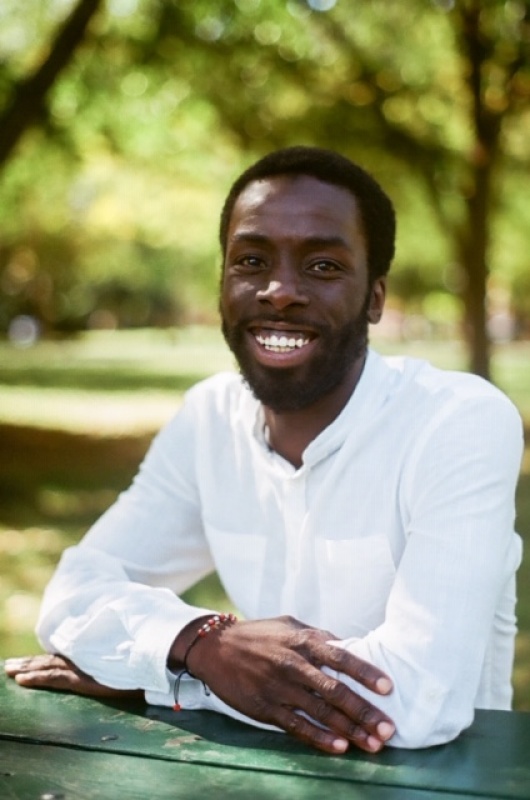 Join writer and activist Desmond Cole as he launches his eagerly-awaited new book The Skin We're In. The evening’s conversation with Beverly Bain, Terese Mason Pierre and Philip Dwight Morgan explored the injustices faced by Black Canadians and will challenge the assumptions of Canada as a post-racial nation. As museums strive to become more inclusive and welcoming to all audiences, no conversation feels more timely.

Desmond Cole is an award-winning journalist, radio host and activist in Toronto. His writing has appeared in the Toronto Star, Toronto Life, The Walrus, NOW Magazine, Ethnic Aisle, Torontoist, BuzzFeed and the Ottawa Citizen. He hosts a weekly radio program every Sunday on Newstalk 1010.

Beverly Bain is a Black queer Feminist scholar–activist and teaches in Women and Gender Studies in the Department of Historical Studies at the University of Toronto Mississauga. She currently teaches and researches in the area of The Black Feminist Radical Tradition, Black and Caribbean diasporic sexualities, Gender, Feminism and Post Colonial Theories and Gender, Violence and Resistance.  Bain is the author of Fire, Passion and Politics: The Creation of Blockorama as Black Queer Diasporic Space in the Toronto Pride Festivities. In We Still Demand: Defining Resistance in Sex ad Gender Struggles. Edited by Patrizia Gentile, Gary Kinsman and L Pauline Rankin. UBC Press, 2017. Bain is currently working on a series of essays that documents Black radical feminist queer activism in Toronto from the 80s to the present.

Terese Mason Pierre is a writer, editor and organizer. Her work has appeared in the The Temz Review, Canthius, and Strange Horizons, among others. She is currently the poetry editor of Augur Magazine, a Canadian speculative and surrealism literature journal. Terese is also a volunteer with Shab-e She’r Poetry Night, and a co-organizer of Slant Reading Series. Terese lives and works in Toronto.

Phillip Dwight Morgan is a Toronto-based journalist, poet and researcher. His essays, op-eds and interviews have been featured on macleans.ca, cbc.ca, rabble.ca and in Briarpatch and Spacing magazines. Phillip has also appeared on Breakfast Television and CBC radio's The 180 and Ontario Today to discuss Toronto's School Resource Officer program as well as issues of race and representation in mainstream Canadian media. Phillip's research interests include housing policy, policing and anti-Black racism, and media criticism. He is currently writing his debut collection of poetry, Portraits in Black Face, with the generous support of the Toronto Arts Council and the Diaspora Dialogues Mentoring Program.