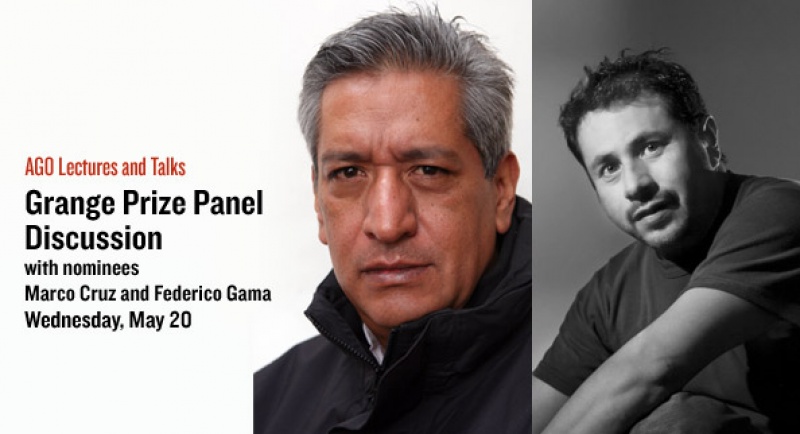 Mexican artists and Grange Prize nominees Marco A. Cruz and Federico Gama will discuss their work. Each year, The Grange Prize recognizes the work of Canadian and international contemporary photographers, awarding $50,000 CAD to a winner chosen through an online public vote from among two Canadian and two international artists.

Since 1979 Marco A. Cruz has had his photographs published in major newspapers and magazines, most notably LIFE, which featured one of his images from the 1985 Mexico City earthquake. In 1984 Cruz and a group of colleagues created the photographic agency Imagenlatina. Cruz’s series on blind people in Mexico is only one of the many distinguished photo essays he has created during his career. He is currently working on a website that aims to document Mexico City, where he lives and works.

Born in Mexico City in 1963, Federico Gama studied journalism and graphic design. He has been a documentary photographer of urban youth since 1988. He has participated in many solo and group exhibitions in Mexico and internationally. Gama has lectured at conferences, universities and schools of photography. He currently works as freelance photographer for newspapers, magazines and books, while also working on a documentary Gente como Nosotros (People Like Us), to be released in 2009.

The Grange Prize is an Aeroplan and Art Gallery of Ontario Partnership.