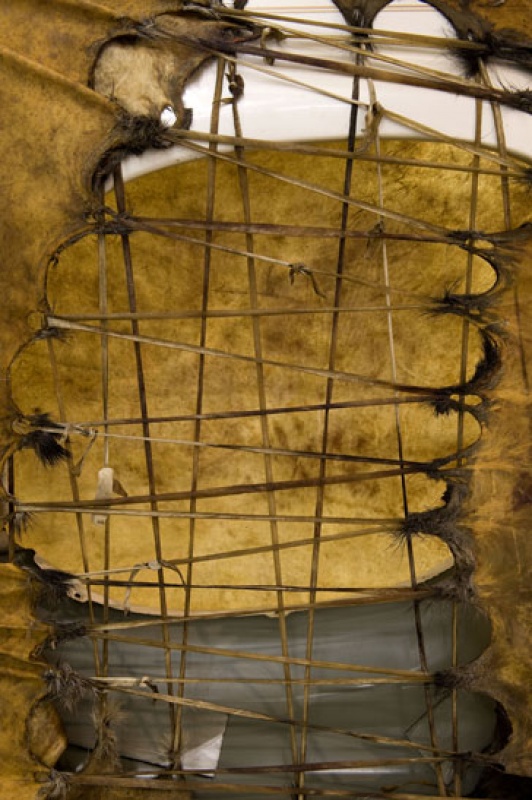 Internationally renowned Canadian artist Brian Jungen is the recipient of the 2010 Gershon Iskowitz Prize at the AGO for his outstanding contribution to visual arts in Canada. The Gershon Iskowitz Foundation and the AGO will celebrate the $25,000 prize at a public reception on May 6, and Jungen will deliver a talk about his work at 7 pm. The AGO will mount an exhibition of Jungen’s work in the coming year.

Born in 1970 in Fort St. John, British Columbia, to a Swiss father and a Dunne-za mother, Jungen has risen to prominence over the last decade by creating artwork that recasts traditional Indian symbology using ordinary objects such as plastic lawn chairs, golf bags, and Nike Air Jordans. He has exhibited extensively in Canada and internationally in venues including Tate Modern, the Vancouver Art Gallery, and the Smithsonian’s National Museum of the American Indian, which is currently staging a major retrospective of Jungen’s work.

 This is an Accessible Event. Learn More
Listen to the Talk
Meet The Artist - Brian Jungen
1 hour 8 minutes
Share