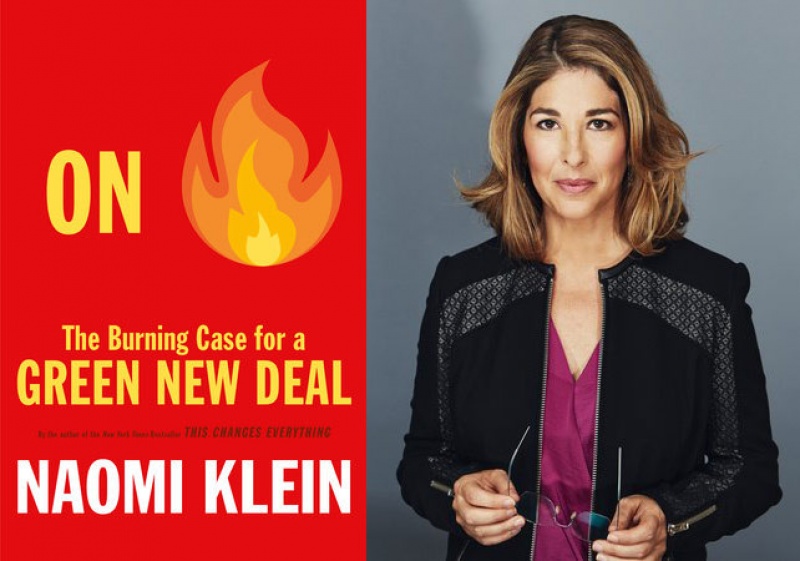 Join Naomi Klein in conversation with journalist Ishmael N. Daro exploring the staggeringly high stakes of our immediate political and economic choices. In her new collection of essays, On Fire: The (Burning) Case for a Green New Deal  Klein investigates the climate crisis not only as a profound political challenge but as a spiritual and imaginative one, as well. Klein makes the case that we will rise to the existential challenge of climate change only if we are willing to transform the systems that produced this crisis.

Naomi Klein is a public intellectual whose best-selling explorations of social, economic and ecological injustice have made her a global thought leader. An award-winning journalist, columnist, Klein is the author of the New York Times and international bestsellers The Shock Doctrine, No Logo, This Changes Everything, and No Is Not Enough. A Senior Correspondent for The Intercept, reporter for Rolling Stone, and contributor for both The Nation and The Guardian, Klein is the inaugural Gloria Steinem Endowed Chair in Media, Culture, and Feminist Studies at Rutgers University. She is co-founder of the climate justice organization The Leap.

Ishmael N. Daro is Canadian writer, editor and podcaster based in New York, where he is the digital editor at the daily TV newshour Democracy Now! He previously worked at BuzzFeed News and Postmedia, and his work has appeared in Vice, Slate, and elsewhere.