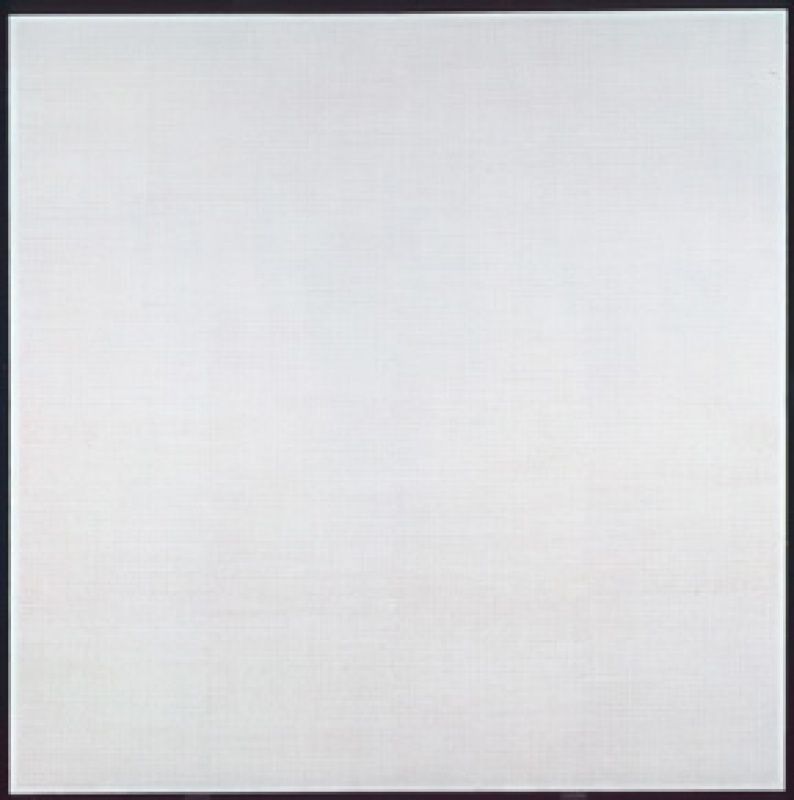 Richard Tuttle was born in Rahway, New Jersey in 1941, and lives and works in New Mexico and New York. Although most of Tuttle's prolific artistic output since he began his career in the 1960s has taken the form of three-dimensional objects, he commonly refers to his work as drawing rather than sculpture, emphasizing the diminutive scale and idea-based nature of his practice. He has had one-person exhibitions at the Museum of Modern Art, New York; Whitney Museum of American Art, New York; ICA Philadelphia; Kunsthaus Zug, Switzerland; Centro Galego de Arte Contemporánea, Santiago de Compostela; and the Museu Serralvesin, Porto, Portugal, and a 2005 retrospective at SFMoMA. Richard Tuttle was a close friend of Agnes Martin until her death in 2004.

Agnes Martin was born March 22, 1912, in Maklin, Saskatchewan, Canada, and grew up in Vancouver, British Columbia. She came to the United States in 1932 and lived in Washington and Oregon until 1940. Martin lived and taught periodically in New York in the 1940s and early 1950s. In 1957, she settled in Coenties Slip in lower Manhattan, where her friends and neighbors included Robert Indiana, Ellsworth Kelly, and Jack Youngerman. In 1958, her first solo show took place at Section Eleven of the Betty Parsons Gallery, New York. By the late 1950s, Martin's landscape and figurative watercolors, surrealistic oils, and three-dimensional sculptural objects were supplanted by her highly simplified abstractions. These mature works, distinguished by square formats, grids, or lines drawn on canvas and monochromatic color with subtle variations in hue, have been an important influence on younger artists.

This talk is presented in association with the exhibition, At Work: Hesse, Goodwin, Martin.

Generously supported by the Terra Foundation for American Art.