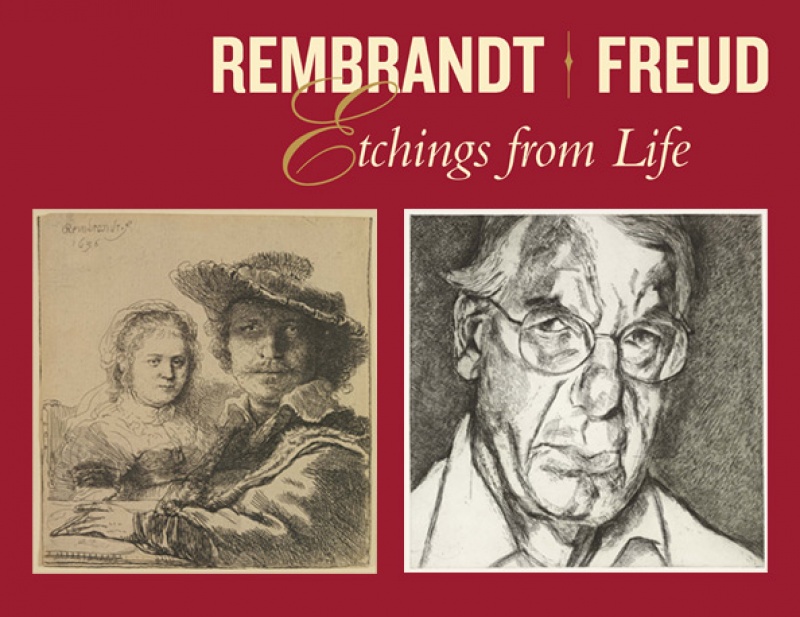 MoMA curator Starr Figura will talk about Freud’s etching practice, emphasizing the cross-pollinating relationship between his work in etching and in painting. Freud typically depicts the same sitters in etching as he does in painting, scrutinizing their bodies with unflinching frankness, and demarcating their forms through a meticulous network of finely etched lines. Freud’s etchings often coincide with or even precede the execution of paintings, and they are sometimes as large as if not larger than their related canvases. But with their figures dramatically cropped or isolated against empty backgrounds, Freud’s etchings achieve a startling new sense of psychological tension and formal abstraction.

Starr Figura is the Phyllis Ann and Walter Borten Associate Curator of Prints and Illustrated Books at The Museum of Modern Art, New York. In 2007, she organized the exhibition, Lucian Freud: The Painter’s Etchings, and wrote the accompanying catalogue. She is currently working on a major exhibition entitled German Expressionism: The Graphic Impulse, which will open at MoMA in March, 2011.