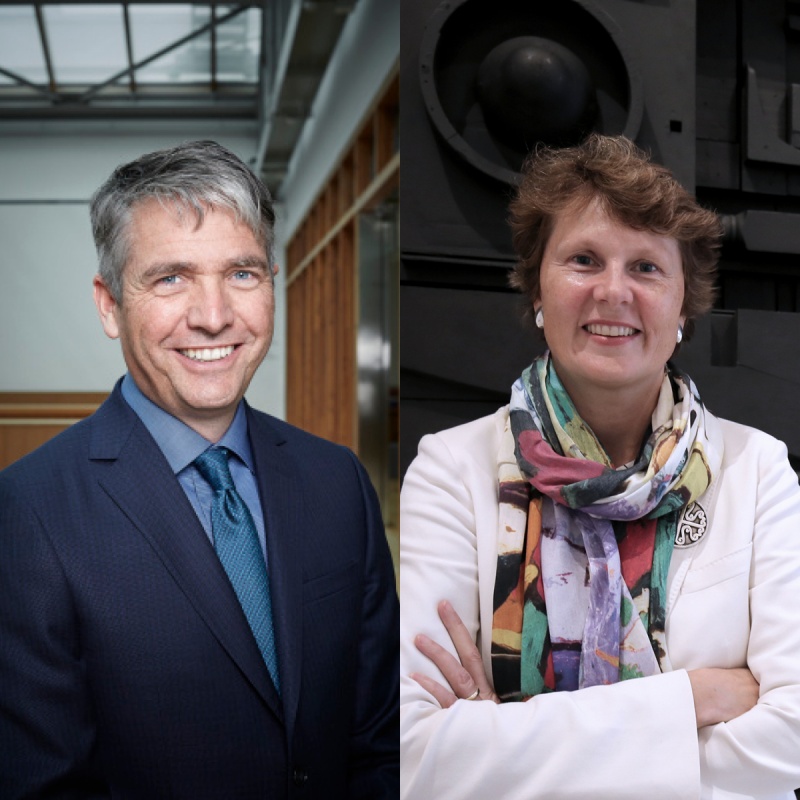 Jost image by the AGO, Stebich image by Libby Weiler

Join Stephan Jost, AGO Michael and Sonja Koerner Director, and CEO, and Stephanie Stebich, director of the Smithsonian American Art Museum in Washington DC, for a conversation on the role of museums.

Since April 2017 Stephanie Stebich (pronounced STEE-BISH) has led the Smithsonian American Art Museum and its branch museum the Renwick Gallery focused on American crafts. She is responsible for the nation’s premier collection of American art and major exhibition, research, publication, education and digital-media programs at the museum. She also serves as co-chair of the Smithsonian’s American Women’s History initiative.
Before coming to Washington, D.C., Stebich had been director of the Tacoma Art Museum, Washington since 2005. Under her leadership, the museum underwent a major expansion that doubled its exhibition space; launched a capital campaign with a goal of $17 million and raised more than $37 million.
Stebich earned a BA in art history from Columbia University and an MFA with a concentration in modern art from the Institute of Fine Arts at New York University. She was a fellow at the Guggenheim Museum and has studied at University College and the Courtauld Art Institute in London.

 This is an Accessible Event. Learn More
Stephan Jost and Stephanie Stebich in Conversation
Share