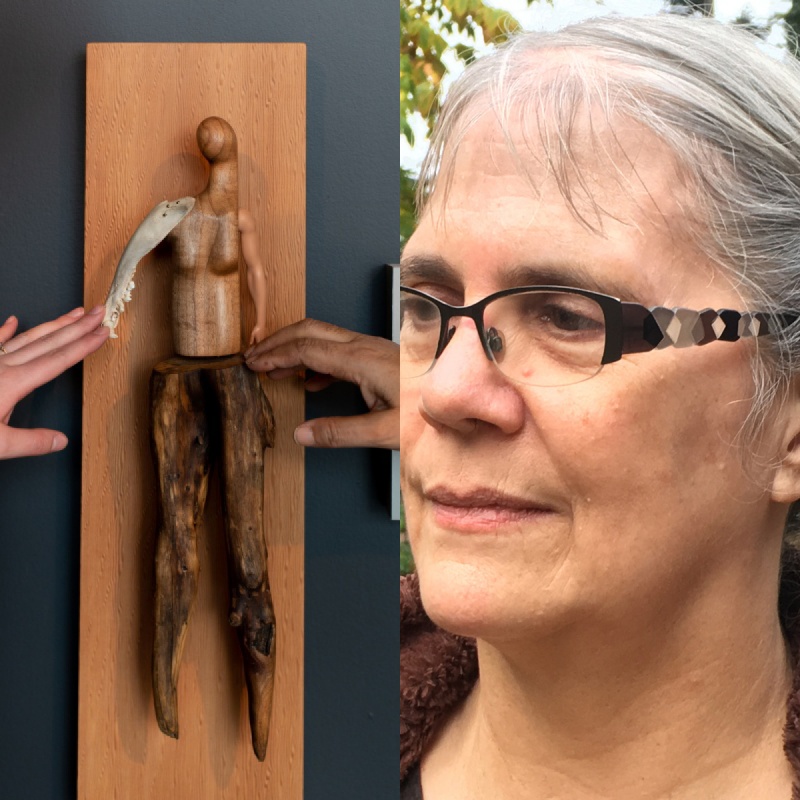 Sara Wilde Photography. Courtesy of Bodies in Translation Activist Art, Technology & Access to Life. ReVision The Centre for Art & Social Justice at the University of Guelph.

Spurred by calls for disability justice and the desire for a more equitable and intersectional future, the disability arts movement is pushing forward with renewed political intention to disrupt conventional understandings of the arts.

Tangled Art + Disability and the AGO have formed a new partnership to showcase the possibilities of a world that honours access, disability and difference. We are excited to present videos by six artists from Tangled’s community that showcase their artistic practices in response to artwork in the AGO Collection.

Queer disabled artist Persimmon Blackbridge flips the script on a beautiful 19th century painting in the AGO’s permanent collection, inventing voices for the women portrayed. In The Bathers by Pierre Puvis de Chavannes, the unseen presence of the viewer, for whom the models are posed, dominates the painting. Blackbridge undoes this dynamic centreing the models with stories of inclusion and erasure.

For the past 45 years, Persimmon Blackbridge has worked as a sculptor, writer, curator and performer, as well as being a fiction editor, cleaning lady and very bad waitress. Blackbridge’s pioneering contribution to queer art in Canada began with Still Sane, a 1984 collaboration with Sheila Gilhooly, inspired by the latter’s three-year psychiatric incarceration for being a lesbian. In the 1990s, Blackbridge was a member of the lesbian sex/art collective Kiss and Tell. Their touring erotic arts exhibition Drawing the Line helped turn the tide in the feminist sex wars—pro artistic sexual expression, anti-censorship. Kiss & Tell’s ground-breaking exhibition, True Inversions, presented at the Banff Centre in 1992, sparked a political confrontation in Alberta around arts funding and censorship.

Blackbridge has also been a seminal figure in the disability arts from the 70s until the present. Sunnybrook: a True Story with Lies is a visual art show and book about abuse in Woodlands Institution, which won New York’s Ferro-Grumley Prize. In 1998, Blackbridge was invited to collaborate with 28 former inmates with intellectual disabilities on From the Inside/Out, an art exhibit chronicling their lives in BC’s big institutions. This exhibit traveled widely and was one of the factors gaining reparations for former residents of Woodlands. Blackbridge’s most recent show, Constructed Identities, uses mixed media wood carving with found objects to question how disability is framed as a fracturing of ordinary life rather than a central part of it.

Footage from "Constructed Identities" documentary short was generously provided by Bodies in Translation: Activist Art, Technology and Access to Life a Project of Re•Vision: The Centre for Art and Social Justice at the University of Guelph.

Closed captioning is available in this recording.

If you require further assistance, please email us at contactus@ago.ca