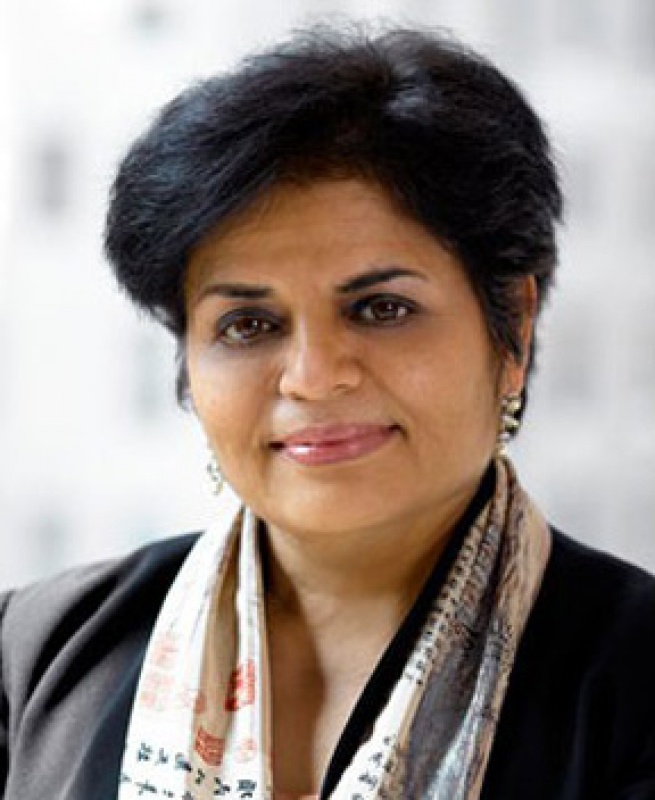 The rise of Asia on the international scene is one of the most compelling stories in contemporary art. Provocative artworks command ever-higher prices as markets expand, and impressive new museums, schools and biennials continue to proliferate. Hong Kong, Singapore, Dubai, Tokyo and Beijing have established themselves as major art-world hubs, competing directly with London and New York. In order to understand this phenomenon and its connection to global movements of economic and political power, the Asia Contemporary Speaker Series presents Vishakha Desai. Desai is an art historian and Senior Advisor of Global Policy and Programs at the Guggenheim Foundation, and past President and CEO of the Asia Society. Desai's lecture will launch the Asia Contemporary Speaker Series, presented in cities across Canada by the Canadian Art Foundation International Speaker Series in collaboration with the Asia Pacific Foundation of Canada’s National Conversation on Asia.

Vishakha Desai's curatorial work on such groundbreaking exhibitions as Contemporary Art in Asia: Traditions/Tensions; Inside Out; New Chinese Art, established her as an influential and respected voice. These exhibitions were landmarks in bringing contemporary Asian art into a global dialogue.