Find out more about AGO Art Rental & Sales. 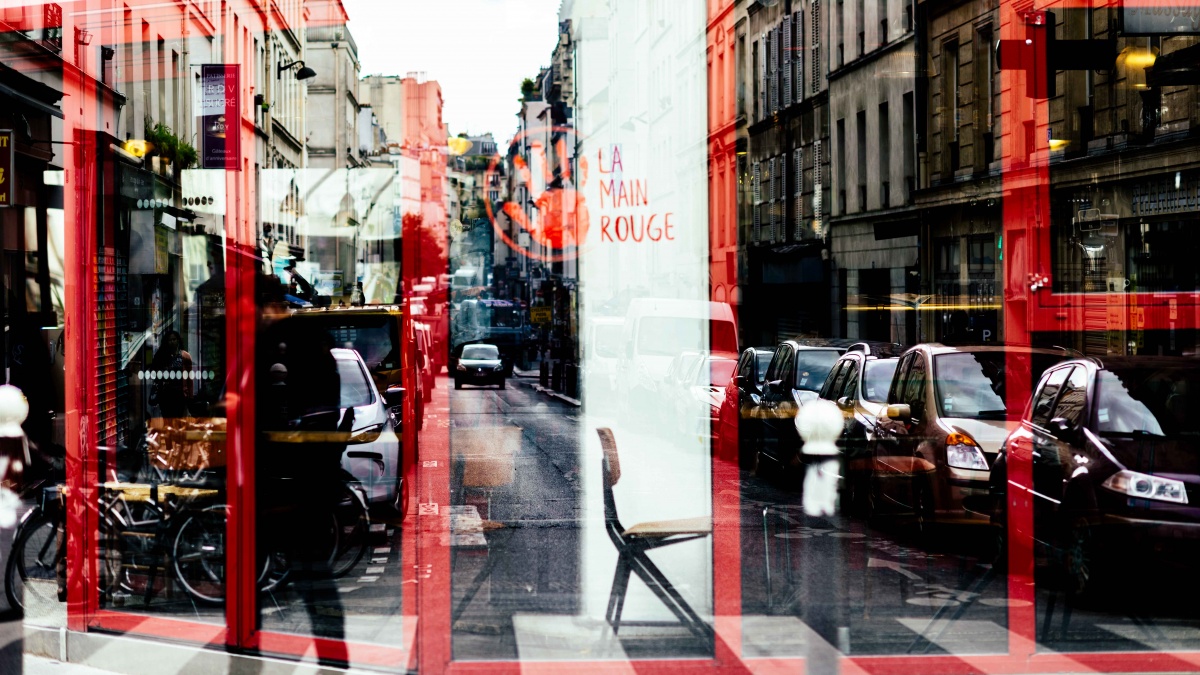 This series explores the possibilities of double exposure to express the relationship between the monumental street and tiny moments of the intangible that decorate them. We can form the city in our minds with volume and geometry as a guide to understand and position ourselves. But it is only together with the intangible, that ever changing street poetry that can really give meaning to place. Double exposure is a technique using only the camera to create a painterly expression causing one to question where one image finishes and the other begins. In this wondering, there is something new, something to discover, something to feel. Dense in sensation and discovery, not always easy to understand, this is the city. 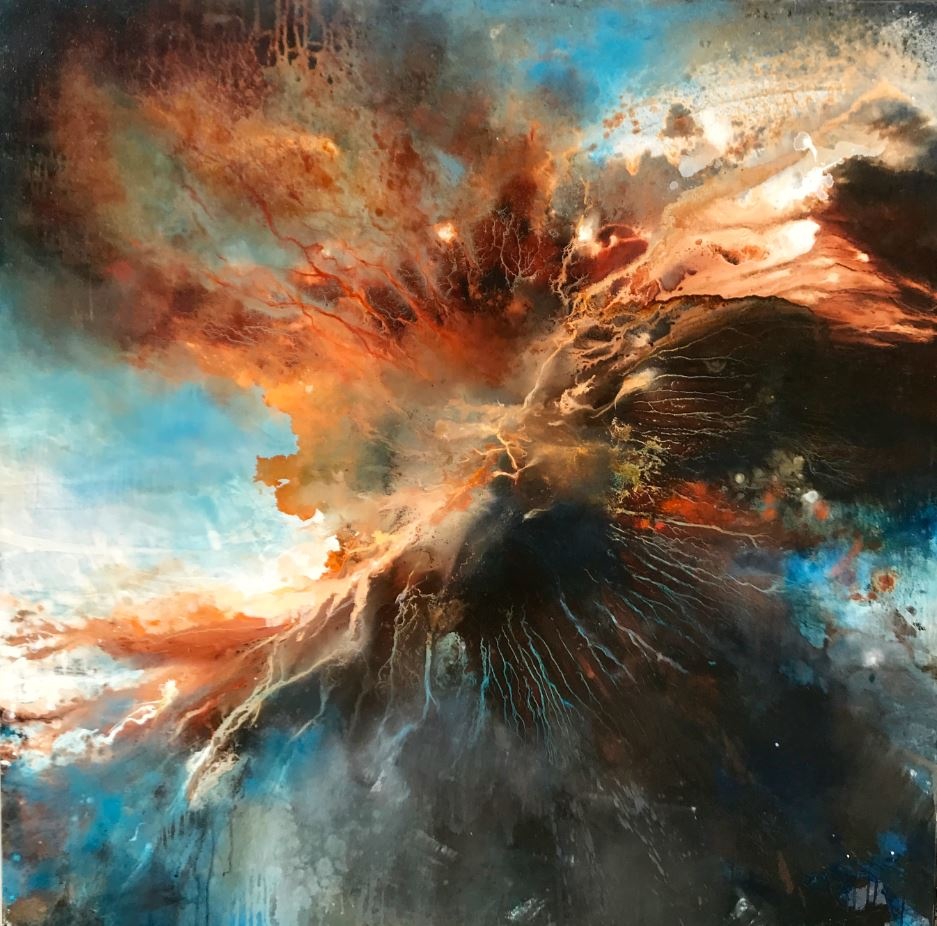 Lissa Bockrath’s newest series of works, her first created in Canada, are large scale abstract paintings, oil on panel and canvas. Bockrath describes these works as “historical urban decay” and “a stream of consciousness”, suggesting to their raw physicality and directness with relation to environmental change, impact of humanity and regeneration after natural disaster.

Several pieces from the panel series have been subjected to multiple processes of adding and removing layers of paint to reveal its corporeality: regeneration, regrowth and release to something new. Her paintings are lyrical assemblages of motifs, shifted and re-shaped into abstract gestures. Through reduction and repetition Bockrath imbues these abstracts with fragility and sensuality.

Bockrath references personal memories to the ‘rust belt nation’ in Cleveland, Ohio where she grew up, in compositions characterized by deep perspectives, surreal cityscapes and soft, ethereal tones. Her panel works subtly explore and reference classical painting; JMW Turner’s The Burning of the Houses of Lords and Commons of particular influence. There is articulation of temporality, light and space, fading and dispersing; encouraging the viewer to examine further. These physically scaled abstracts reveal both a relation to humanity and growth as individuals as well as ecological rebirth after geological natural disaster. 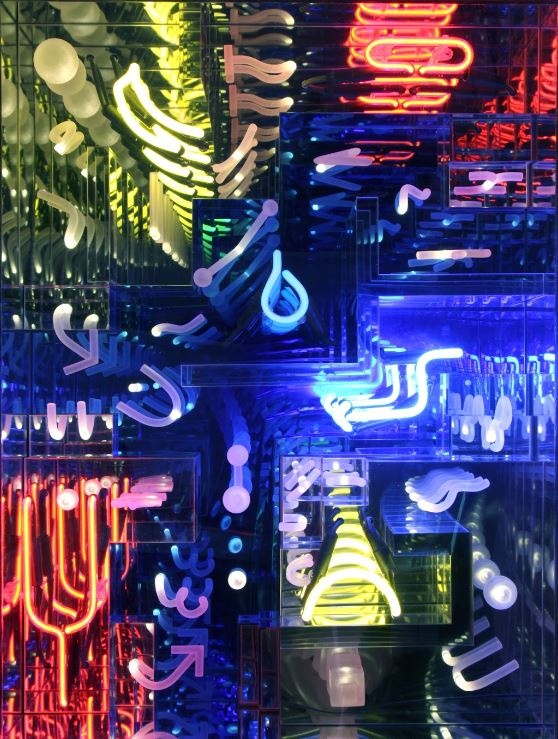 Camille Jodoin-Eng is a visual artist born and based in Toronto. She creates optic instruments from industrial materials that explore the interplay of physical and psychological space.

‘The idea behind Maze is that it is an aerial view of an imagined city, and you can imagine following the little paths and going up the stairs into different levels. The composition is based on city architecture, which is utilitarian and gritty. I like the look of the cords and hardware because it reminds me of city infrastructure and a reminder of the power grid that the city depends on for energy and connectedness.’

Creating illusions of impossible dimensions and perspectives, Jodoin-Eng presents bodies of work from both her Athenaeum and Plaza series for her first exhibition with AGO Art Rental and Sales. 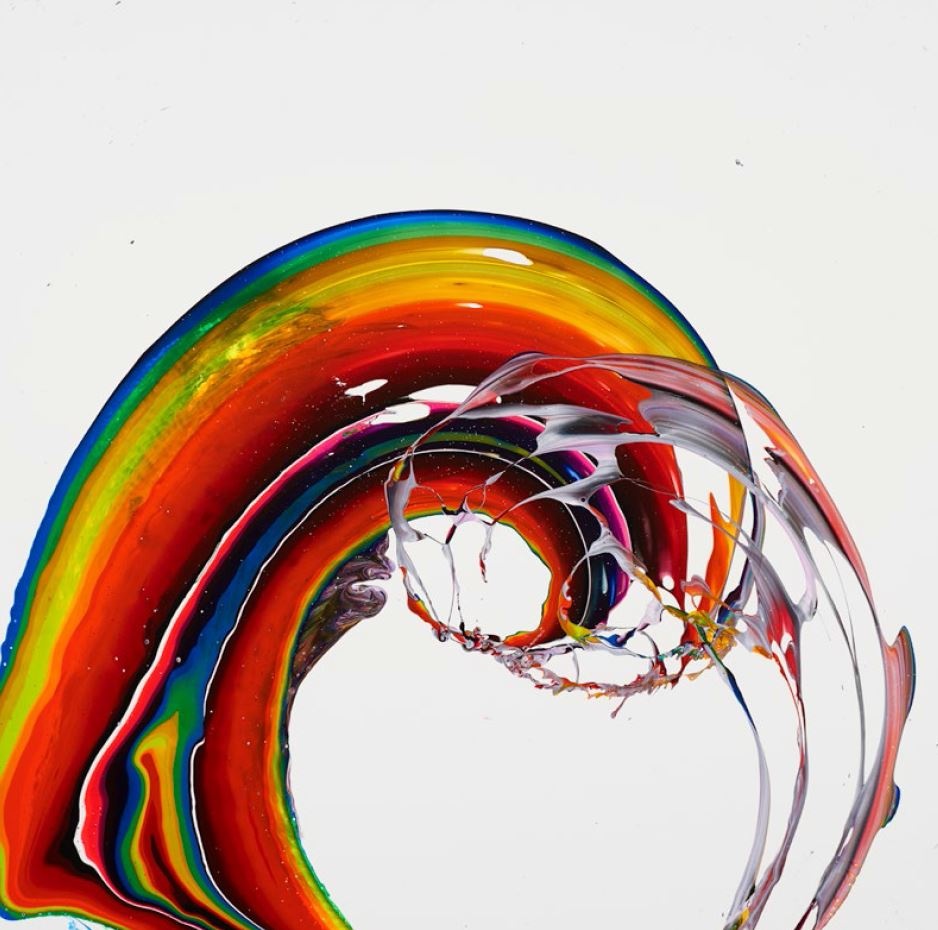 Currently on view at AGOBistro social space, through AGO Art Rental and Sales. Artwork courtesy of Project Gallery and ArtWorks Consulting.

Callen Schaub is an abstract artist working with paint, natural forces, and machines in an innovative way to produce bold and thought-provoking contemporary artworks. With a growing performative practice, Schaub often creates his paintings live at notable events and venues such as the Metro Toronto Convention Centre, Nathan Phillips Square during Nuit Blanche, the Field Trip Music and Arts Festival at Fort York, Honest Ed’s, and Soho House. Schaub has worked with various galleries across Canada including Galerie Youn in Montreal, Winsor Gallery in Vancouver, as well as Project Gallery, OnlyOneGallery, and the Black Cat Gallery in Toronto. Schaub graduated from OCAD University in 2012.

Taking inspiration from positivity expressed online, and responding artistically to the experience of being trolled, these works from Schaub’s latest exhibition Energy illustrate the emotional impact of words, and encourage audiences to use words as a tool of empowerment. Callen is best known for his inventive painting techniques using spin machines, swinging troughs, and pendulums in live performances. 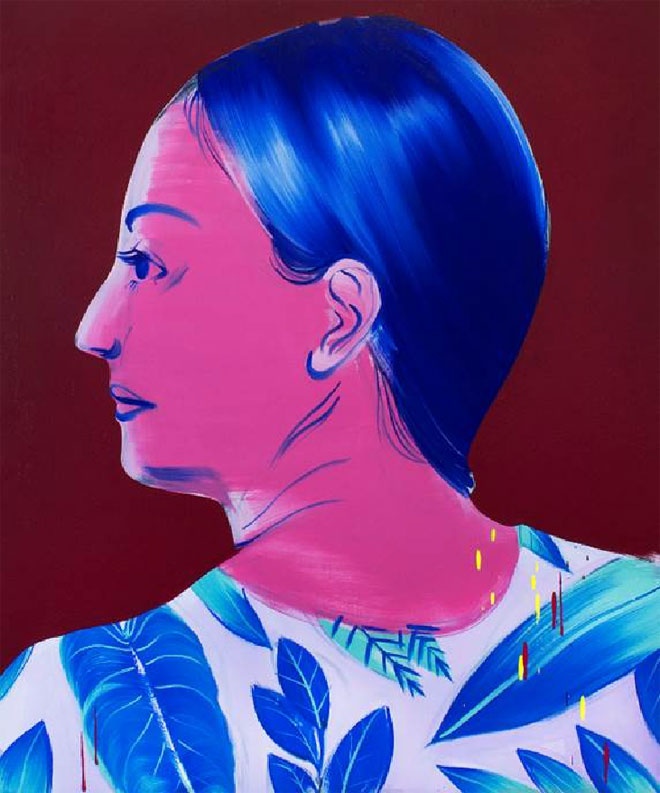 This series of paintings, a continuation from her first solo exhibition GIRLS, GIRLS, GIRLS; Sarah Letovsky focuses on the expressive nature of paint to explore ideas of subjectivity, tension, and hidden thought and feeling. Letovsky uses the painting process to create a force of opposites; her brushstrokes are at once gestural and deliberate, spontaneous and confined, bringing the figure forward with an empathetic gaze and pushing it back into abstraction with explosive colour, flat space, and restrained texture.

Sarah Letovsky (b. 1987, Toronto ON) finished her Bachelor of Fine Arts in Drawing and Painting at OCAD University in 2014. She was the recipient of the 2014 Mrs. W.O. Forsyth Award for Excellence in Painting. In addition to AGO Art Rental and Sales Gallery, Letovsky’s work has been exhibited at Art Toronto, Project Gallery, Only One Gallery, Hashtag Gallery, and featured in FASHION Magazine. Her work has been auctioned at Art With Heart for Casey House Toronto as well as the ArtsEffect Auction as selected by Jamie Angell. 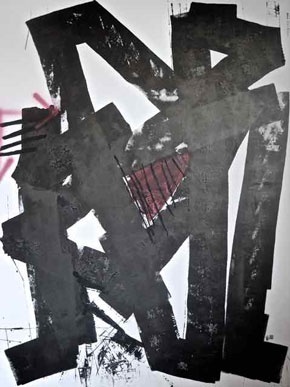 AGO Art Rental & Sales proudly presents the work of Zan Rococo in FRANK Restaurant's Art Social viewing lounge. Rococo is an artist's artist. Never one to give away too much about her pieces, she seeks to make the viewer the subject of her work by putting them in the position to interpret and decipher her symbols and semiotics. Even her titles are obscure, challenging the viewer to put their own experiences and histories into the story.

She is influenced by everything around her as well as by art historically significant artists such as Richard Serra and Jean-Michel Basquiat. In Serra, she finds his philosophical approach to art especially intriguing and takes his ideas towards sculpture and sets them onto canvas. She also looks to Basquiat when using various reoccurring symbols in her work and incorporates his free-graffiti style.

Rococo uses a variety of mediums and tools in her pieces, including layered and sanded latex paint which creates a smooth finish, erasing any hint of canvas beneath. As a means of integrating graffiti-style into her work she even uses tagging markers which leave a unique finish and colour. Her experimental methods don't stop here, she also uses trowels and traditional Chinese calligraphy ink throughout her work.

The artist sees painting as being a flat surface and takes on the challenge of creating a physical effect on the viewer. She forces a reaction out of them based on what they see by simultaneously inviting the viewer in and pushing them backwards using a unique process of thin repetitive layering and detailed architectural lines.

This latest body of works is truly a sight to behold. Rococo pushes boundaries both stylistically and physically with her large-scale work. These pieces come to life in front of the viewer and engage those around them. 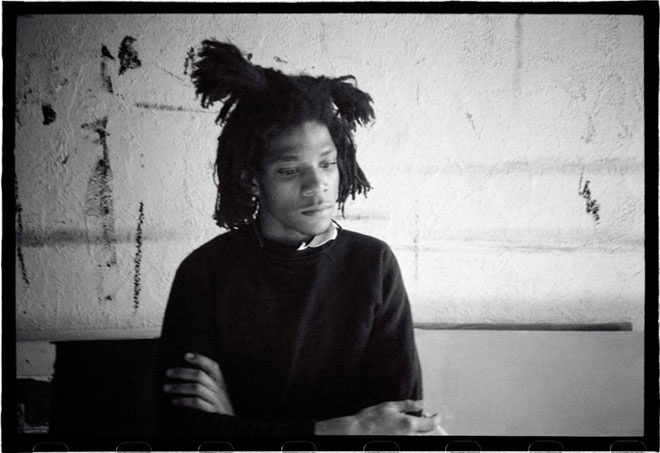 An exhibition of rare, candid photographs of Jean-Michel Basquiat taken by Roland Hagenberg

These raw, early photographs show the artist at his most candid and breathe the creative energy of New York in the 80’s.

Roland Hagenberg’s series has appeared in numerous magazines worldwide, as well as in catalogues for institutions such as the Musee d’Art Moderne, Paris.

This is the first time that these iconic images are on view and available for purchase in North America. 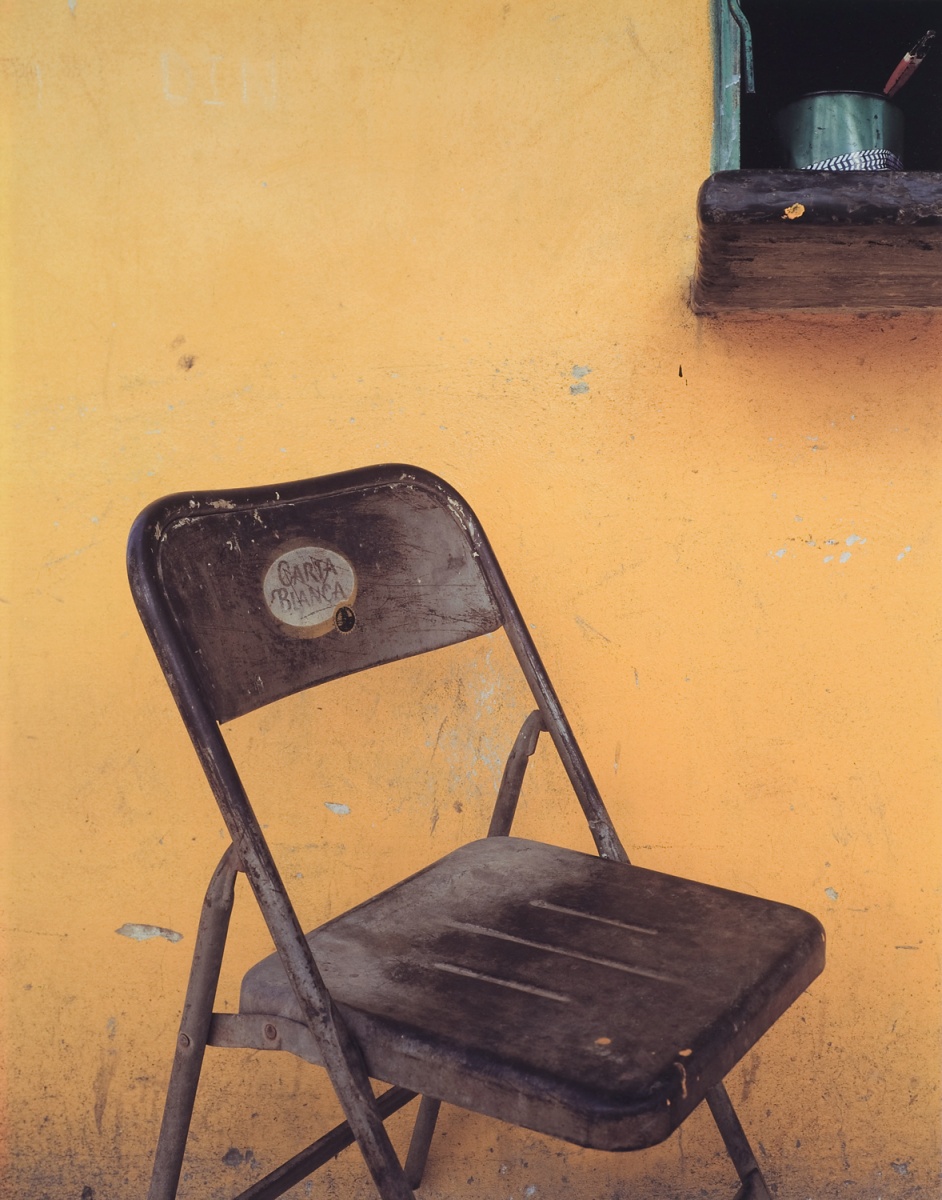 Fall under the spell of Mexico's culture through an exhibition of contemporary work from artists who find inspiration in this country’s art, history and landscape. Artists include Maria Luisa de Villa, John Bladen Bentley, Reva Brooks and Vincenzo Pietropaolo. Amor a la Mexicana (Mexican-style love) refers to the deep love of the artistic heritage of Mexico, and for the country itself, that these artists embody. Visit the AGO Art Rental + Sales Gallery to experience the warmth of this exhibition and consider adding something unusual to your art collection. 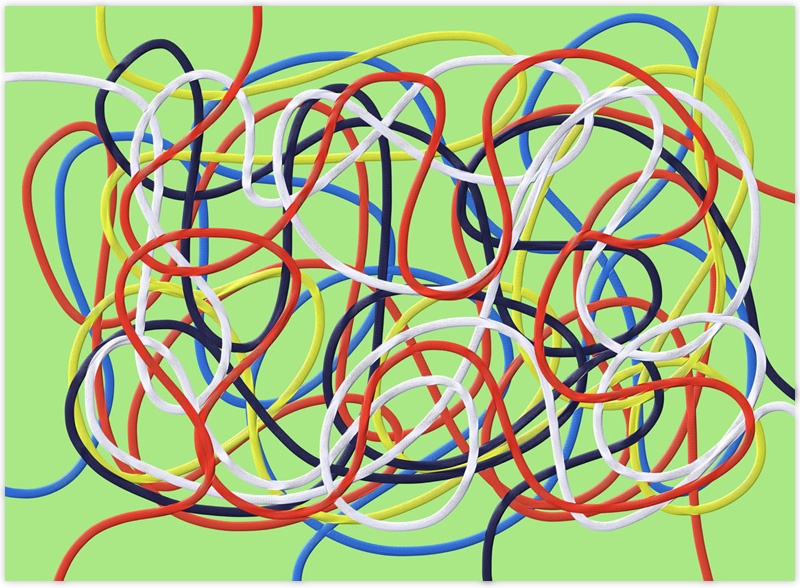 Using the abstract impulse as a starting point, these works collectively embody the spirit of reinvention, repurposing and revitalization.

Curated by Nancy Campbell, Associate Curator, Special Projects, with assistance of Meaghan Eldridge, Curatorial Intern, Canadian Art, this is the third in a series of rotating exhibitions featuring works from the Art Rental + Sales Gallery. 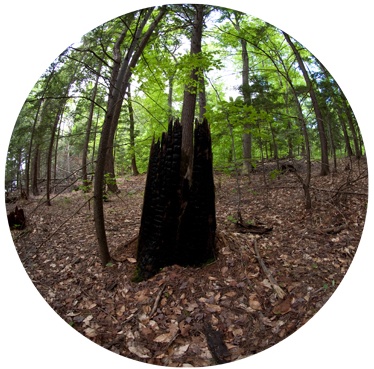 The oddly sounding Season Creep refers to the noted shifts in the timing of seasons. Particularly, the term is used when describing an early spring, suggesting that the warm weather, green grass and blossoming flowers creep up slightly each year. This May, The AR+SG will present an exhibit of paintings and photographs that were selected in considering the meaning of the term Season Creep, which at once connotes the welcoming early warm weather and the negative environmental impact of such changes. Expect to see acid green colour palettes, rainy text-based photographs, and works representing death and rebirth with beautiful, unusual and, at times, playful results. 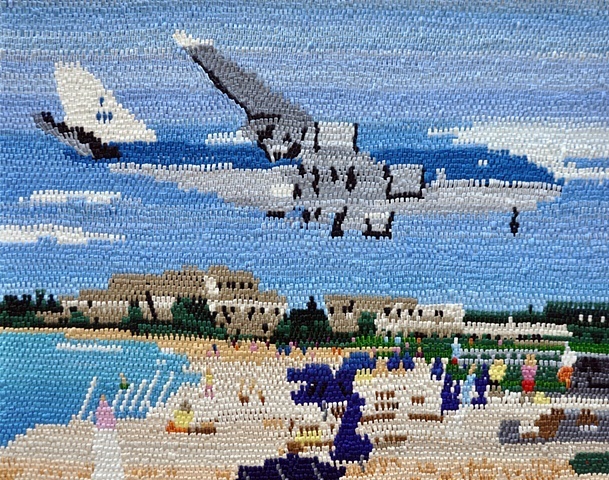 An annual exhibition featuring gallery represented and independent artists, this show presents some brilliant young talent in the field of visual arts in the Toronto area. 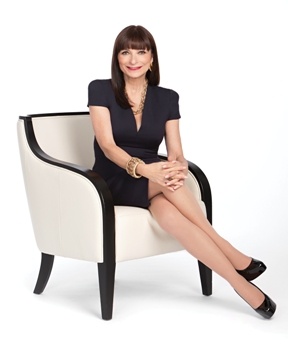 Host of CTV's FashionTelevision, five-time published author, and fashion editor, Jeanne Beker offers a rare glimpse of her personal art collection as part of the annual AR+SG Collector's Series. Internationally celebrated for her influential work in fashion and journalism, Beker will include artworks collected from abroad and in Canada from these and other artists: 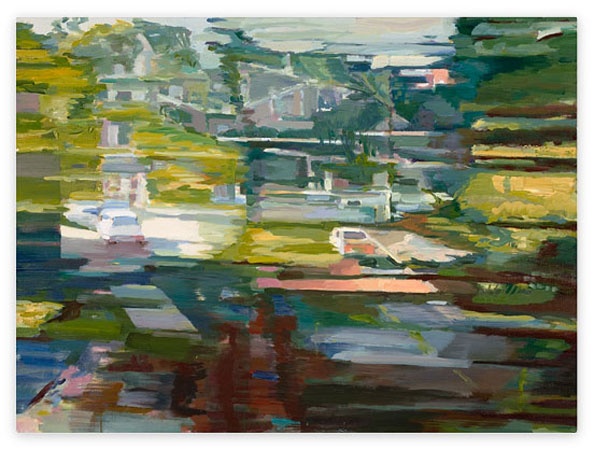 A rotation exhibition of new work in the gallery. Until August 31, 2011 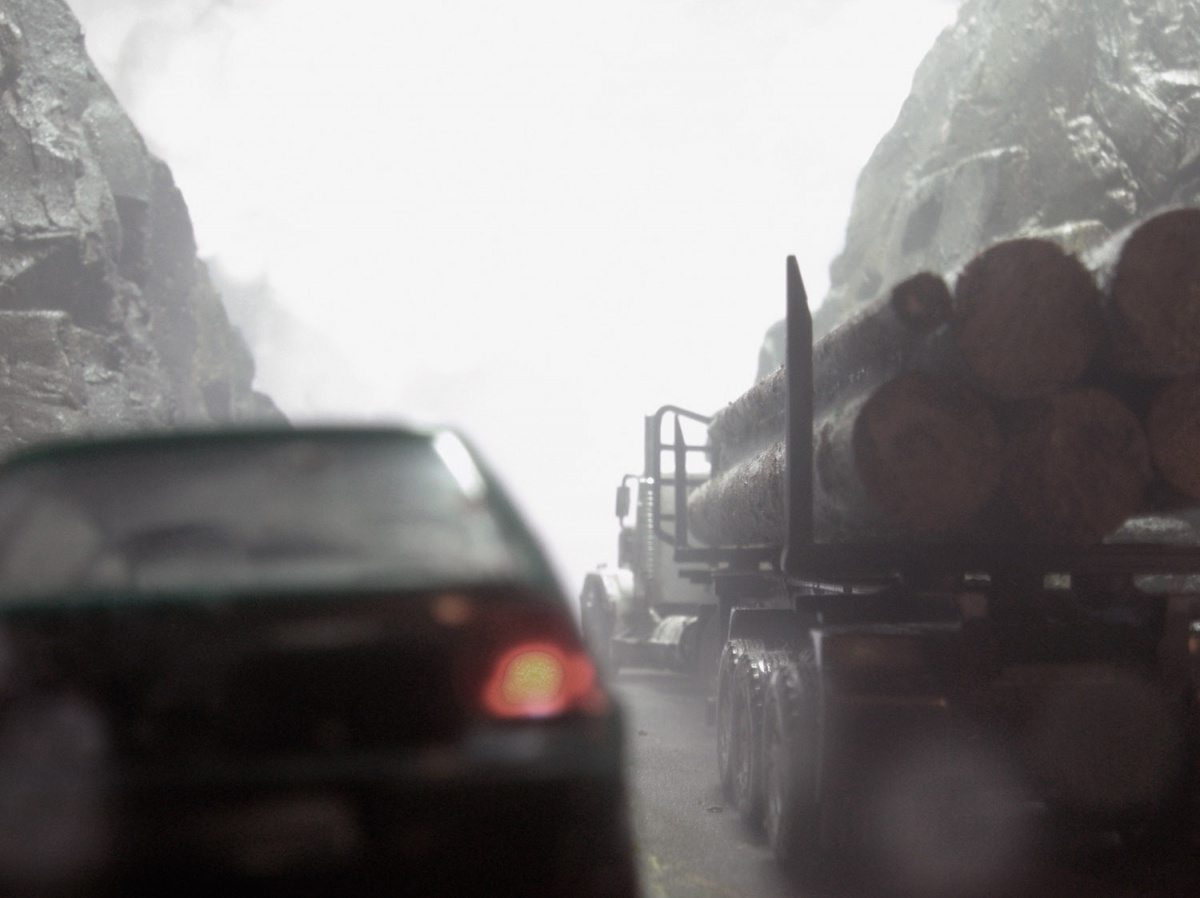 Passing on a Curve: AR+SG in the Members' Lounge

February – August, 2011
Art Rental + Sales Gallery in the Norma Ridley Members’ Lounge in the Grange Historic House at the Art Gallery of Ontario.

Curated by Elizabeth Smith, Executive Director, Curatorial Affairs, this is the first of a series of rotating exhibitions featuring contemporary Canadian artwork from the Art Rental + Sales Gallery and selected by AGO curators. 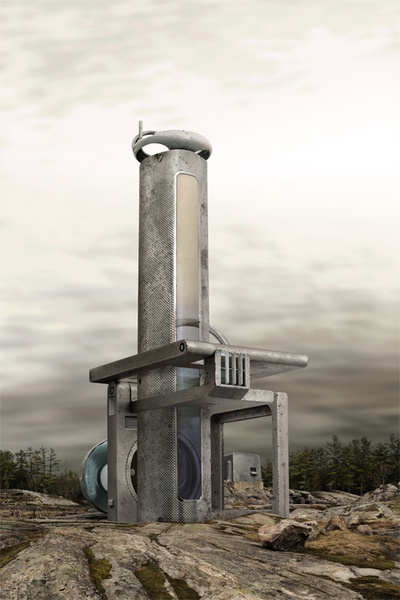 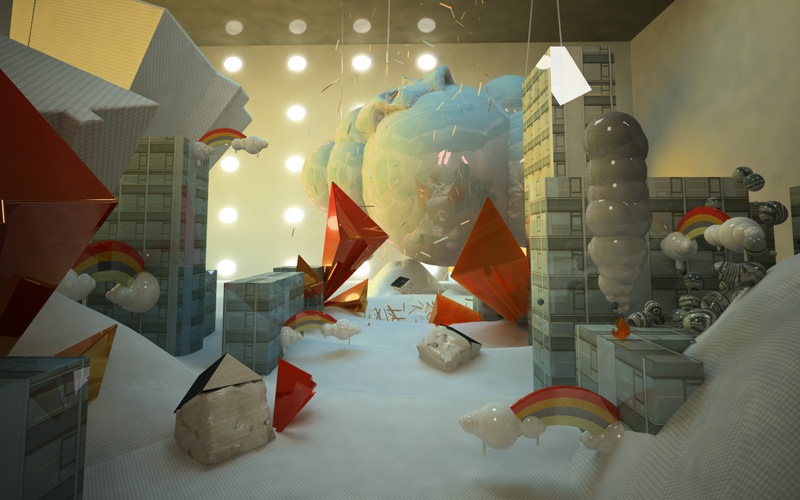 AGO Art Rental and Sales in business at Art Toronto

We are pleased to announce that for the first time AGO Art Rental and Sales will be open for business at ART TORONTO. Look for a wide representation of independent Canadian contemporary artists works available for sales on site. Look for us at the Art Gallery of Ontario Booth.

An eye-opening new series of exhibitions that reveals how you can own art by the same artists whose works grace the walls of the Art Gallery of Ontario. Starting with the Contemporary Collection, AR+SG illustrates how the Canadian art icons are not unattainable.

See also: SATURDAY ARTSPEAK SERIES | SATURDAY, OCTOBER 16 | 1 PM
A conversation with AGO insiders about how the Contemporary Collection came to be.

Guest-Curated by Kevin Hearn of the Barenaked Ladies

The debut of an exciting new series of guest-curated exhibitions by notable personalities passionate about the arts.

Musician, artist and devoted art collector, Kevin Hearn showcases works available by AR+SG that speak to his collecting interests. With original artwork by Leonard Cohen, Marcel Dzama, Pudlo Pudlat, Lou Reed and Martin Tielli of the Rheostatics, plus Hearn's own whimsical drawings, this not-to-be-missed exhibition offers an intimate look at one of Canada's leading talents.

The DK Photo Group presents A World Abandoned; a photographic exploration of European architectural decay and abandonment. Photographed while filming a television series for Bravo!Canada titled photoXplorers, the images presented provide a haunting look into forgotten industrial mega-structures, castles, institutions, and churches. The resulting photographs are beautiful, original and eerily alive, though their subject matters are long dead.