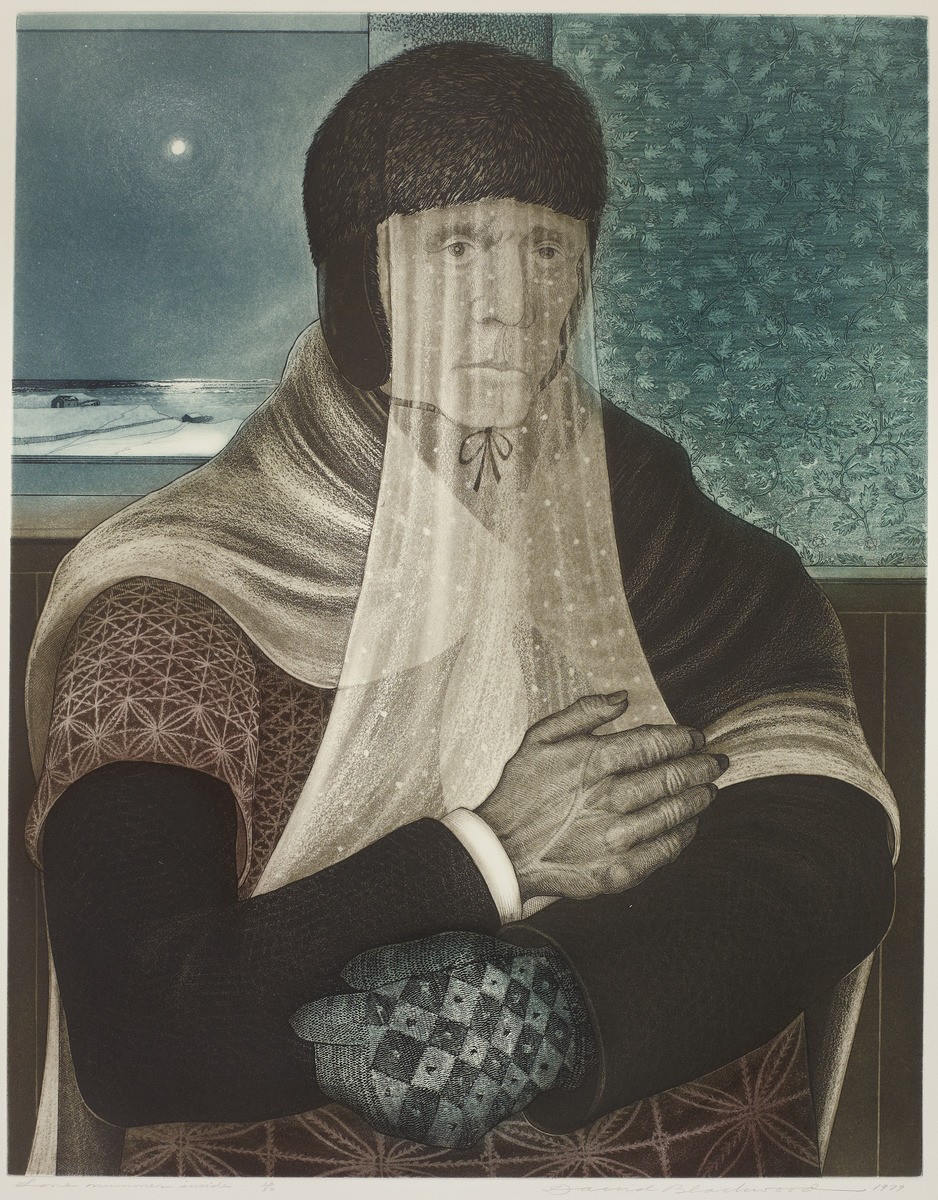 David Blackwood. Lone Mummer Inside, 1979. etching and aquatint on wove paper, Overall: 61 x 91.4 cm. Art Gallery of Ontario. Given by friends in memory of Norman Bruce Walford, Chief of Administration and Corporate Secretary, the Art Gallery of Ontario, 1981-1989, in appreciation of his devotion to the Arts, 1994. © Estate of David Blackwood. 93/415.

We’re saddened to learn about the recent passing of David Blackwood (1941–2022), a celebrated Canadian artist and longtime friend of the AGO. Blackwood is perhaps best known for his prints featuring Newfoundland – drawing particular inspiration from childhood memories, oral histories and human struggles for survival. Throughout his acclaimed career, Blackwood remained loyal to Newfoundland, depicting its landscapes, seascapes and mythology with visceral sensitivity. And this Friday, July 22, from 5 to 7:30 pm, AGO visitors can see a selection of Blackwood’s prints, including working proofs of his most famous work, Fire Down on the Labrador (1980). 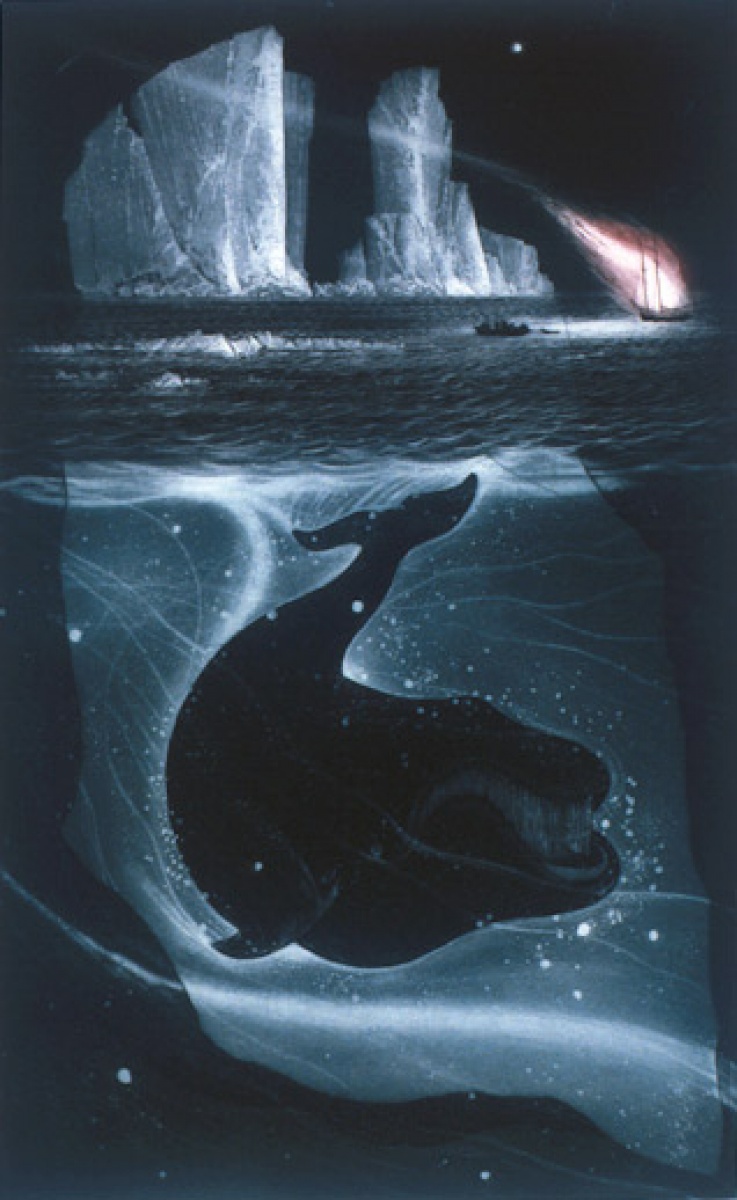 Blackwood was born in Wesleyville, on the coast of Bonavista Bay, in Newfoundland. His longstanding relationship with the AGO began in 1959 when he was just coming of age. He moved from Newfoundland to Toronto to study printmaking at the Ontario College of Art (OCA) – now known as the Ontario of College of Art and Design University. He made his way to the AGO soon after landing in the city; a memorable first visit which he recounted in a handwritten note: “I arrived in Toronto the first week of September on a Wednesday. The following Saturday I took a Scarborough bus to the end of the line where it met the Dundas Streetcar—which took me to the front of the Gallery. On entering the main entrance, a series of connecting galleries in the west wing showed the great painting (Tintoretto, just acquired) hanging on the western wall of the gallery. It was my first encounter with what the magazines describe as a great masterpiece—bought by public subscription. There were many numerous outstanding exhibitions, the Heritage of France, a Delacroix retrospective, a major Picasso painting show—and in my final year at OCA a major Picasso print exhibition.”

After graduating from OCA, Blackwood soon launched his decades-long career. His etchings were purchased by the National Gallery of Canada when he was just 23 years old. During his lifetime, he went on to show his work in over 90 exhibitions both in Canada and abroad. By the early 2000s, Blackwood and his wife Anita donated more than 200 of his works to the AGO; a significant gift which included prints, related drawings and watercolours. A former member of the AGO Board of Trustees, he was named honorary chair of the AGO in 2003. He was also the recipient of numerous other awards and accolades, including honorary doctorates at the University of Calgary and Memorial University of Newfoundland (1992); a National Heritage Award (1993); the Order of Ontario (2002); and the Order of Canada (1993).

Black Ice: David Blackwood Prints of Newfoundland, a major retrospective of his work curated by AGO Senior Curator Emeritus Katharine Lochnan (then AGO Senior Curator and R. Fraser Elliott Curator, Prints & Drawings), was presented at the AGO in 2011. In the catalogue for the exhibition, Lochnan wrote, “David Blackwood has achieved his goal: he has brought to life the culture of the Newfoundland of his childhood in his etchings. They are not only ‘rooted in granite’ but grounded in the sweat and blood, hopes, fears and memories of a people and a way of life that no longer exist. In doing so, he has raised awareness of the things that he believes make up real quality of life: ‘community life, industry, spirit, independence, self-reliance, and self-confidence. These are the things Newfoundland had in great abundance prior to joining Canada in 1949.’ Blackwood has done this in a unique artistic voice that cannot be confused with any other in the history of art. His powerful images have ‘some inexplicable inner mystery, something you can’t quite put your finger on,’ the quality Fred Hagan told him was to be found in all great works of art. He has not only made an unparalleled contribution to the history of Canada; he has given our modern world a message to outlive our times.”

The Blackwood family has graciously requested gifts be made to the AGO in David’s memory, which will support The Marvin Gelber Print & Drawing Study Centre - a touching gesture that the AGO was honoured to receive.

Open to all, this event in the Marvin Gelber Print & Drawing Study Centre from 5 to 7:30 pm this Friday, July 22,  is included in general admission and is free for AGO Members, Annual Passholders and visitors ages 25 and under.