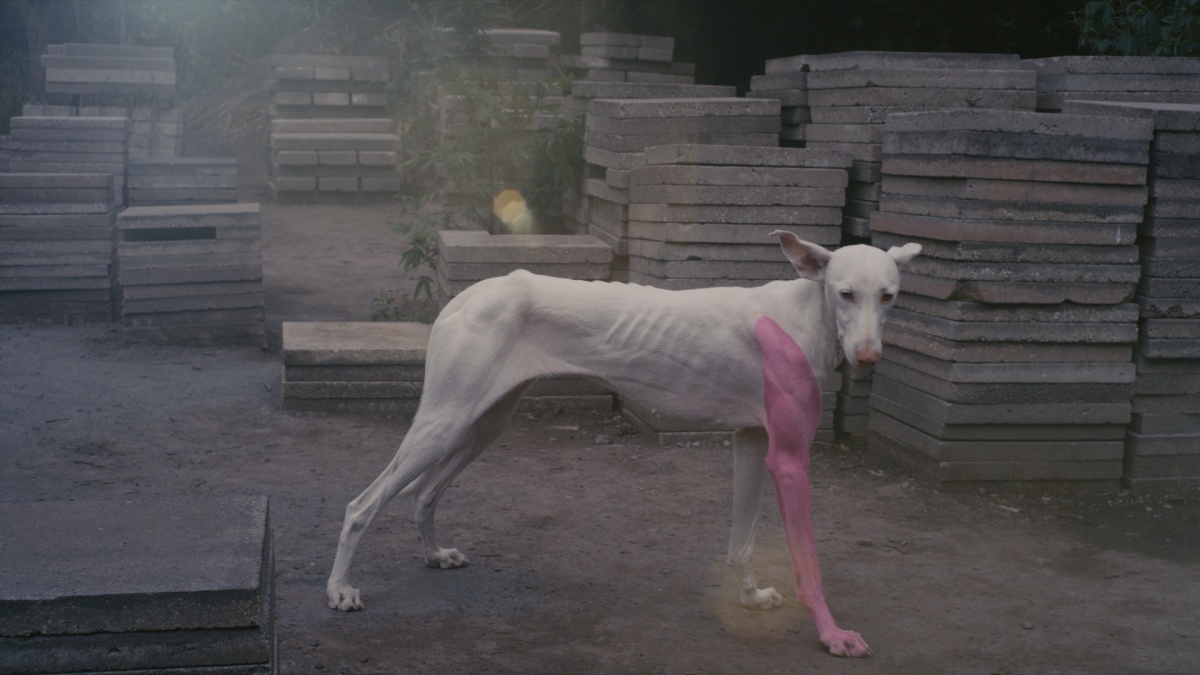 A visitor favourite since its debut at the AGO in 2019, Pierre Huyghe’s video, A Way in Untilled (2012), is currently unavailable for in-person viewing – as the intimate gallery space it inhabits is not open due to COVID-19 restrictions. But luckily, there is another way to experience it.

"Living entities and inanimate things, made and not made,” reads the materials list for French artist Pierre Huyghe’s outdoor installation, Untilled (2011-12). In 2004, Huyghe told the art historian George Baker that “we should invent reality before filming it”, and in Untilled and its cinematic account, A Way in Untilled (2012), he has done just that.

Investigating the boundaries between what is natural and what is artificial, the installation was located in a corner of a city park in Kassel, Germany, as part of dOCUMENTA13, one of the most important contemporary art events in the world. Incorporating various inanimate elements like rubble and concrete, artifacts (including remnants of works by artists Joseph Beuys and Dominique Gonzalez-Foerster), plants (some native, some transplants), animals and bacteria, its elements were all but indifferent to the presence of visitors. Two dogs, one sporting a pink leg, could also be seen scouting the site.

The footage was shot at dusk, and the camera follows one of the dogs as it wanders between puddles and piles of concrete, occasionally changing focus to highlight a bird or slug. Amidst this living environment, Huyghe’s camera draws our attention to yet another living entity, Untilled (Liegender Frauenakt). Cast in concrete from an original bronze by Max Weber, Huyghe’s version has a fully formed beehive covering its head. Seem familiar? It’s a sculpture that should be, having made its Toronto debut back in June 2016 as part of the Luminato Festival, when it was installed adjacent to the Thomas Hearn Generating Station.

While A Way into Untilled remains closed to the public for the near future, don’t miss other exciting contemporary works from the AGO Collection on view now on Level 4 of the David & Vivian Campbell Centre for Contemporary Art, including installations by Adrián Villar Rojas and General Idea.