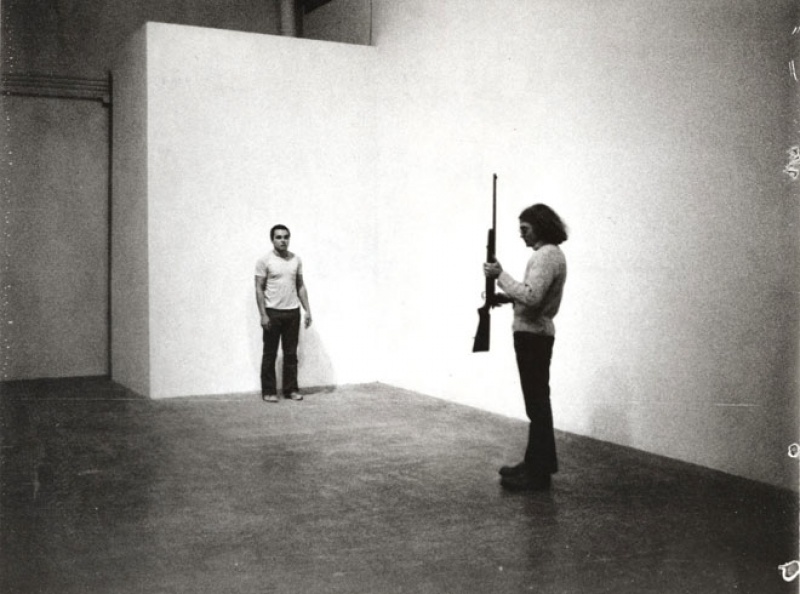 Directed by Richard Dewey & Timothy Marrinan
2016, 1h 28 min.
A probing portrait of Chris Burden (1946-2015), an artist who pushed the limits of creative expression and risked his life in the name of art.

For more than 45 years, Chris Burden’s work consistently challenged ideas about the limits and nature of art. His pioneering and often dangerous performance works of the 1970s earned Burden a place in the art history books while still in his early 20s. He had himself shot (Shoot, 1971), locked up (Five Day Locker Piece, 1971), electrocuted, (Doorway to Heaven, 1973), cut (Through the Night Softly, 1973), crucified (Trans-fixed, 1974), and advertised on television (4 TV Ads, 1973–77). But as the 70s progressed Burden became disillusioned with the expectations and misconceptions based on his early works and as the pressure grew, the line between his life and his art blurred.

Burden quit performance in the late 70s and had to artistically reinvent himself, going on to create a multitude of assemblages, installations, kinetic and static sculptures and scientific models. His work has influenced a generation of artists and been exhibited around the world, but the provocative nature of his art coupled with his sense of privacy mean that most people know the myth rather than the man. The film follows Burden creating new works in his studio and with access to his personal archive of images, video and audio recordings, Burdenis the first feature documentary to fully explore the life and work of this foundational artist.