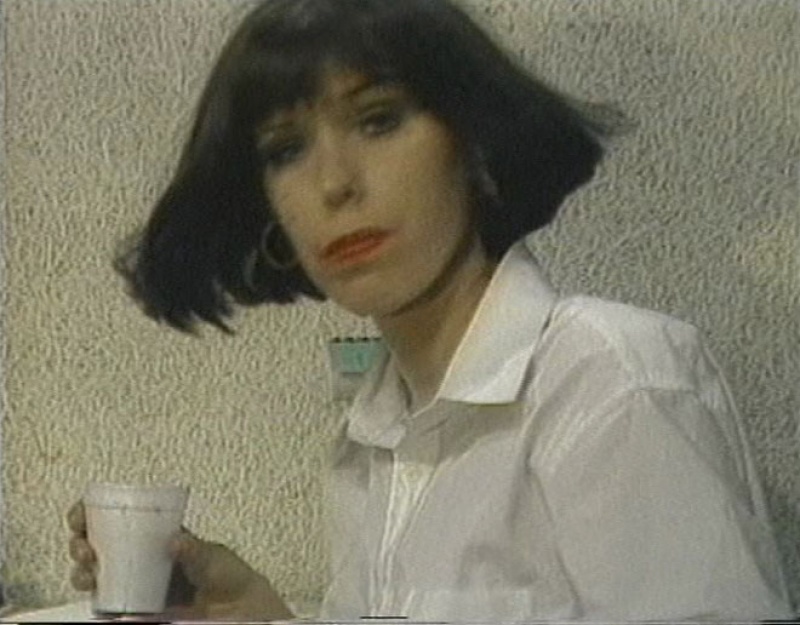 Westinghouses
Jane Wright, 1976, 4 min.
This tape evokes time passing on a quiet afternoon.
Jane Wright is among the first generation of artists using video image processing in their work. Currently living in northern Ontario, she was Professor, Media Arts Department, Sheridan College, Oakville, and President of the A Space Board of Directors when the gallery successfully challenged the Ontario Censor Board’s confiscation of equipment and artworks. Jane is a Quaker and served for ten years with Christian Peacemaker Teams on violence reduction projects in Burnt Church, NB; Baghdad, Iraq; Kenora, ON; Uganda, and most recently in Goma, Democratic Republic of Congo.

Absence
Su Rynard, 1986, 5:30 min.
Presented as a fragmented narrative, Absence hints at desire and our expectation of completion and disclosure.
In her early video art to more recent feature films, Su Rynard has worked across a range of approaches: dramatic, experimental, documentary and installation. Her interest in science, ecology and the human relationship with the natural world has informed and inspired her recent work.

Dinner
Marnie Parrell, 1989, 4 min.
Shot over a Thanksgiving weekend this film reflects the aimless happy warmth of a late fall road trip. The layering of images through multiple exposures reinforces a where-are-we-now feeling. This is evident in the soundtrack as it dials through pausing but never stopping for long.
Marnie Parell is a Métis filmmaker, writer and artist. Experimental, lyrical, pornographic and humorous, her work endeavours to expose what is hidden in the everyday. She attempts to reframe objects, scenes and stories in such a way as to make the familiar, or some aspect of it, seem new or strange thus creating the potential for reinterpretation. Currently working in new media, she is exploring the potential of fiducials and augmented reality, as well as interactive filmmaking.

Freeze Frame
Susan Britton, 1983, 2 min.
Does life imitate MTV? In this brief psychodrama a thoughtful secretary contemplates cause and effects. The dream of personal liberation through technology.
Originally from Winnipeg, Susan Britton moved to Toronto after completing her BFA at NSCAD. Susan was one of the five original founding members of Vtape in 1980. She also co-founded the Cabana Club, an early venue for artists' video and performance work. She left the Toronto video community in 1982 to set up a commercial video editing business in New York with several friends, later moving on to work as a writer and analyst. Susan returned to Toronto in 2006 and has a career as a business analyst in the financial services industry.

Say
Rodney Werden, 1978, 3 min.
A stationary woman is asked to repeat words as commanded by a voice off-camera. Say......
Rodney Werden is a renowned photographer and film maker, and a central figure in the 1970’s video art movement. The works of Rodney Werden are thought provoking, often controversial and are notable for their thoughtful portrayal of the human condition. Rodney was one of the five original founding members of Vtape in 1980.

It Depends
Paulette Phillips, 1984, 29:30 min.
The tape focuses on three women and a child to examine how we judge things by their appearance, how we draw conclusions with little information and are influenced by the order in which things appear to us.
Paulette Phillips’ film installations evolve from an interest in how the subject leaks out of structures like language and architecture. She constructs uncanny experiences that amplify our attachment to voyeuristic pleasure. Her work is in the collections of the National Gallery and the MOMA. Recent group exhibitions include: Tatton Park Biennale; The Canadian Cultural Centre, Paris; The Power Plant, Toronto, ZKM Germany, Kunsthaus, Graz, Austria, Heidelburg Kunstverein, Ludwig Museum, Budapest, and Palazzo della Papesse, Sienna. Her video Marnie’s Handbag 2008, premiered at the Tate Modern and toured with Rencontres Internationales Paris, Berlin, Madrid. She is a Professor of Art at The Ontario College of Art and Design where she teaches film and video production, installation practices and sculpture.

Scannex Man
John Watt, 1981, 6 min.
Industrial Track (Series) is an on-going series designed around existing electronically controlled surveillance systems and their controllers. In, Scannex Man, Gordon Wahn, a representative of 'Scannex Industries' is an expert in the marketing of security systems. Here he describes the industrial applications of surveillance technology.
John Watt is among the earliest video artists working in Canada. He began making performance for the camera works in 1973 while he was a student at NSCAD. In 1979 Watt produced and curated “Television By Artists”, a landmark series of six commissioned television programs by artists. Watt’s interest in the advancement of video technology led him to becoming one of first commercial videodisc producers in Canada, directing four major installations for the Canadian Pavilion at Expo ’86. Watt’s video works have been extensively exhibited and are collected nationally and internationally in museums, galleries, expositions, festivals, broadcasts.

Pt. One Untitled
Jorge Lozano, 1984, 6 min.
A silent march. An actor is killed by death squads in Columbia.
Jorge Lozano has been working as a film and video artist for the last 20 years and has achieved national and international recognition. His fiction films have been exhibited at the Toronto International Film Festival and at the Sundance Film Festival amongst others. He is a founder of aluCine, Toronto Latin Media Festival, and facilities self-representations video workshops for marginalized Latin and non-Latin youth in Canada, Colombia, and Venezuela.

The Long Take
Gary Kibbins, 1984, 7 min.
In this work, voice over accompanies various forms of non-dramatic, acquired footage. It is divided into four distinct and interrelated parts: Film and Death; Sex and Death; Death and Law; and Sex and Law. The work's structure suggests that a different understanding is required for each concept ("death" or "sex", for example) as it reappears in a different context.
Gary Kibbins is a media artist and writer, currently teaching at Queen’s University. Until 2000 he taught at the California Institute of the Arts. A book of essays and scripts was published in 2005: Grammar & Not-Grammar: Selected Scripts and Essays by Gary Kibbins, ed. A. J. Paterson, YYZ Books, Toronto.

Up to Scratch
Craig Berggold and Clive Robertson, 1986, 5:30 min.
A multi-layered animated music video that extolls the power of dancing, with Robertson’s vocals encouraging all to get in the spirit of “the coalition beat” as the great Canadian landscape whizzes past.
Media artist Craig Berggold strives to combine social justice activism with a contemporary art practice. Currently, Craig is a PhD student in Cultural Studies and President of PSAC Local 901 representing Teaching Assistants, Teaching Fellows and Postdoctoral Scholars at Queen’s University. At Simon Fraser University’s Special Collections Library he is the lead researcher for The Canadian Farmworkers Union Archive Project.
Clive Robertson is an artist, activist, writer, publisher, musician, producer, teacher and collaborator. He most recently taught cultural theory and performance art at Queen's University, Kingston, Ontario. Clive was one of the five original founding members of Vtape in 1980.

WHEN THE WORK WAS NEW:

When I was invited to make a selection of video from Vtape’s holdings to augment the current exhibition Toronto: Tributes + Tributaries, 1971-1989, two local initiatives provided a good place to start my research. Toronto’s New Work Show enjoyed two iterations in the mid 1980s: a four-day event that took place in August 1984 featuring work by 21 artists and a much larger version that took place in September 1986, with work by 47 video artists and 4 musicians and spoken word artists.

Both were initiated from within what we called “the community”, then a scrappy gang of d.i.y. enthusiasts committed to the electronic image but otherwise un-united. Not a uniform voice by any means but a loose group capable of a level of cooperation that resulted in these exhibitions. In both cases two artists – Randy Gledhill and Rodney Werden – were the catalysts, spurred to action by the perceived lack of screening opportunities facing all of us working in video along with the wealth of material being produced. With organizational assistance from Vtape, office space from Chromazone and some money from The Canada Council Media Arts section, these shows came together. A venue was secured (in both cases Theatre Passe Muraille), screening equipment located and a modest catalogue produced.

Inclusivity was a part of these shows; between the knowledge available at Charles St. Video where new work was produced and Vtape where new works showed up when they were ready for distribution, a list of artists was put together. Given the nature of this almost “open call” approach to programming, no one aesthetic style dominated, no one genre prevailed, no one theme was favoured. Documentary, either traditional or post-modern hybrid, experimental narrative, purely visual experiments, performance for the camera – all were part of the mix – a kind of pluriverse a la William James, where everything was possible. But the mix worked in all its contradictions; it was argumentative and fractious and impossibly intertwined in both ideological and physical ways but somehow the very unstructured structure supported it all and audiences found the work.

Finally, the very real conditions being experienced by media artists working in Toronto in this time period should be noted: censorship of film and video was being enthusiastically pursued by the provincial government through regulation, legislation and enforcement; projectors and other large-scale presentation equipment for video was, generally, not available; most screening opportunities were in galleries and museums not in theatre-type settings; and, perhaps most importantly, this was the era just before the rise of the media arts festivals that are so much a part of our environment today. (In 1987, just one year after the second New Work Show – 1987 - the Images Festival launched what has become a phenomenon in the city with over well 50 media arts festivals featuring specific genres, communities and now neighbourhoods as a focus.)

In the end, the selection presented here is not restricted to these two foundational programs of video art. After viewing all the titles in both the 1984 and 1986 New Work Show, I sought other works from the same period within the Vtape holdings to reflect the discussions of this era - or at least my memory of these. That’s my story and I’m sticking to it. 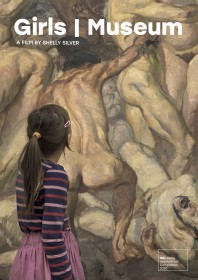 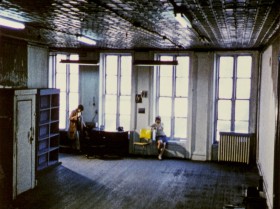