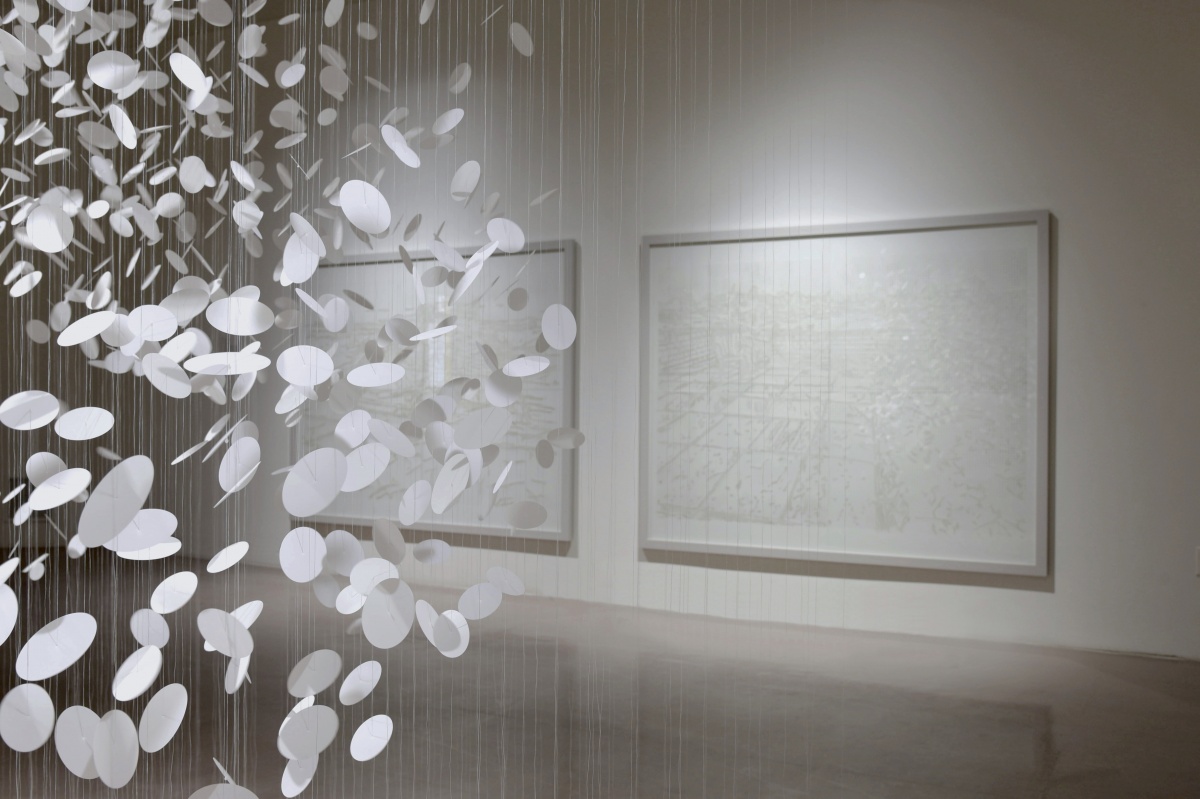 Science can tell us a lot about the world. But how do people from other disciplines, like art, see and interpret science? Written on the Earth is an interdisciplinary exhibition born out of a collaboration between six artists and the Northern Tornadoes Project (NTP), a research group in the Faculty of Engineering at Western University. This is the second exhibition formed out of the relationship between NTP and Patrick Mahon, Professor of Visual Arts and Director of the School for Advanced Studies in the Arts & Humanities at Western. On view at the McIntosh Gallery at Western University, visitors can see a multitude of today’s environmental challenges – climate change, global warming and land stewardship – interpreted into works of art.

In February 2020, Professor Patrick Mahon and artists Hannah Claus, Ellen Moffat, Joel Ong, Eeva Siivonen and Matthew Trueman were invited to Western and presented with data collected by the NTP during its mini-research residency. Over two days, the artists met with Indigenous knowledge-keeper Mike Hopkins and familiarized themselves with NTP’s work, seeking to envision meaningful responses to science using their individual art practices. For inspiration, they toured the Boundary Layer Wind Tunnel, WindEEE Dome (a facility that simulates tornadoes) and McIntosh Gallery. Dr. Helen Gregory, the curator of McIntosh Gallery and of this exhibition, describes the process of creating Written on the Earth not as a collaboration, but rather as a conversation between disciplines. 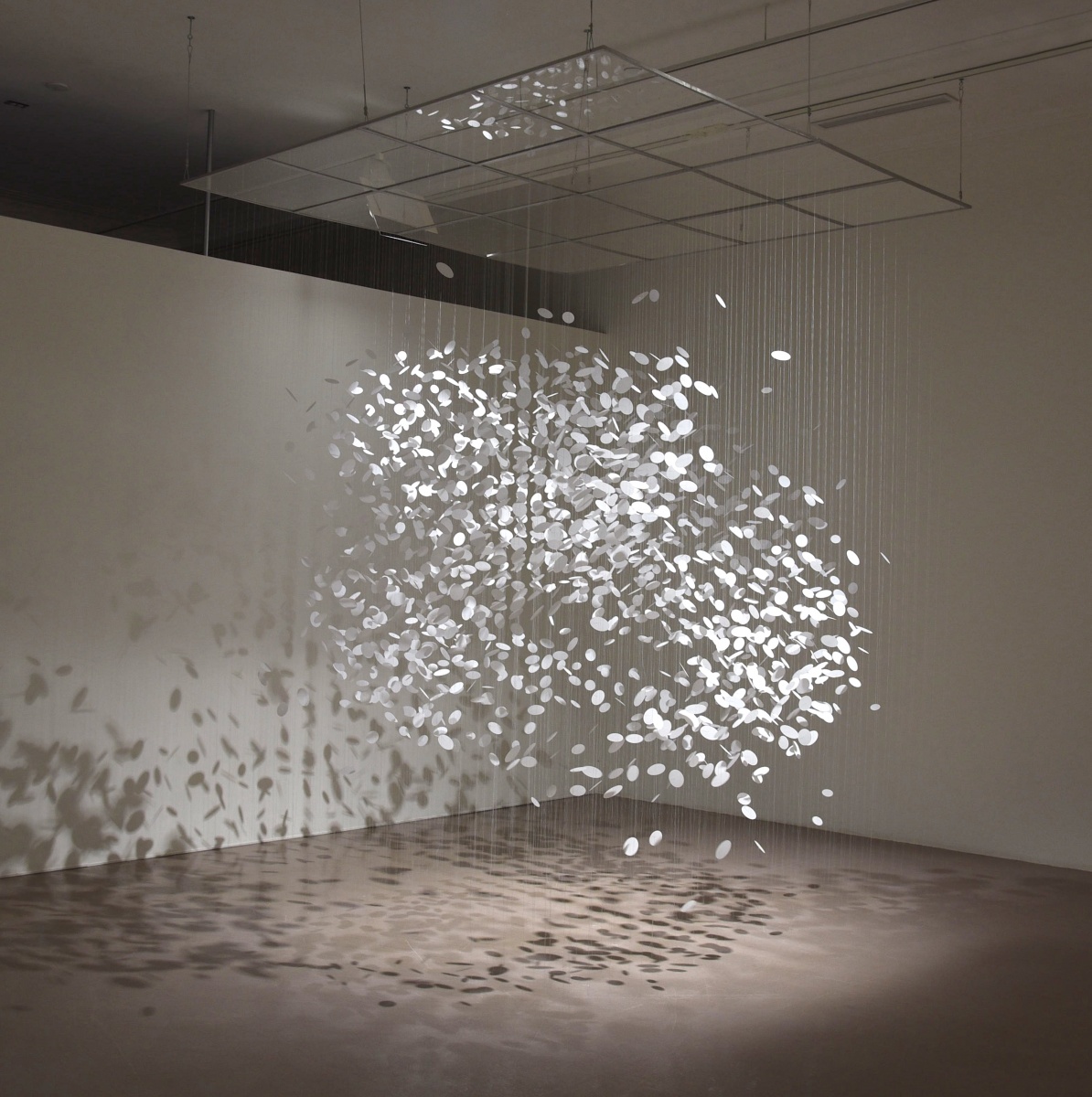 Hannah Claus’ cloud-like installation references the Haudenosaunee creation story, which begins in the upper realm of Sky World. The suspended particles not only mimic the structure of tornadoes but also speak to the connections of ancestry and the relationship between the sky and the ground. The cloud acts as a metaphor for the current state of social distancing and the search for human connections without physical touch. 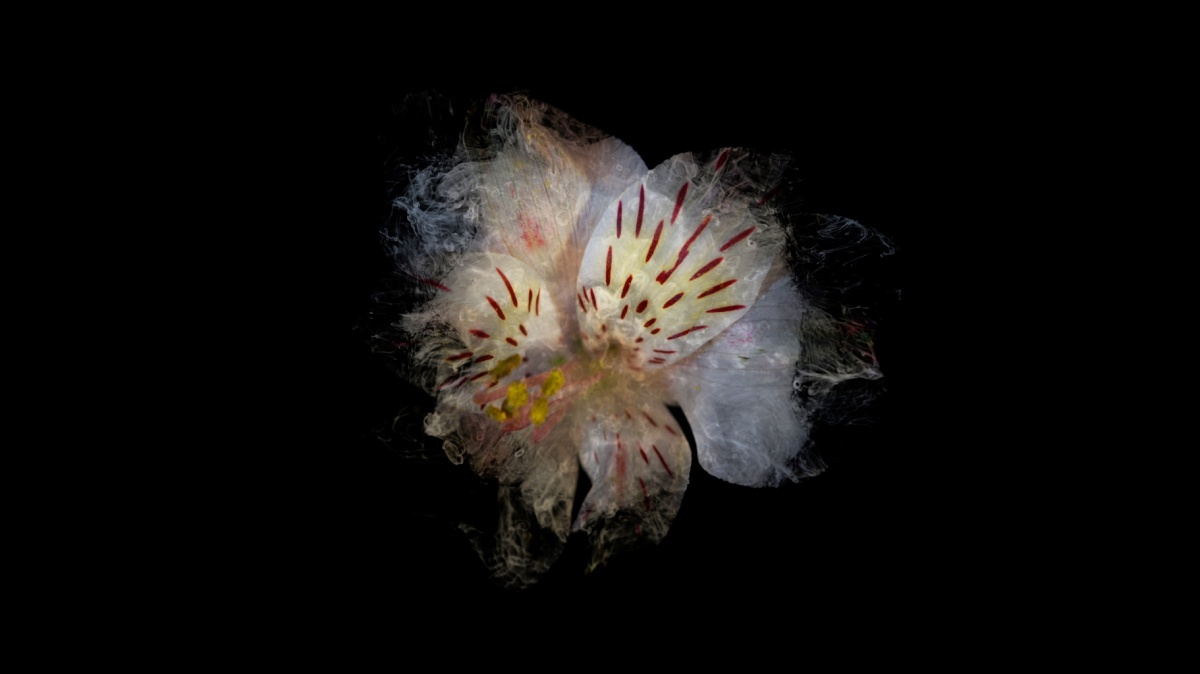 Eeva Siivonen’s video installation shows a series of puddles in which ink drops slowly disperse and combine with fragments of organic matter, such as ocean sediment, rocks, bone, flower petals and butterfly wings. As the movements change, we are asked to “consider the impact of human activity within a delicate and transient network of human/nonhuman relations.” 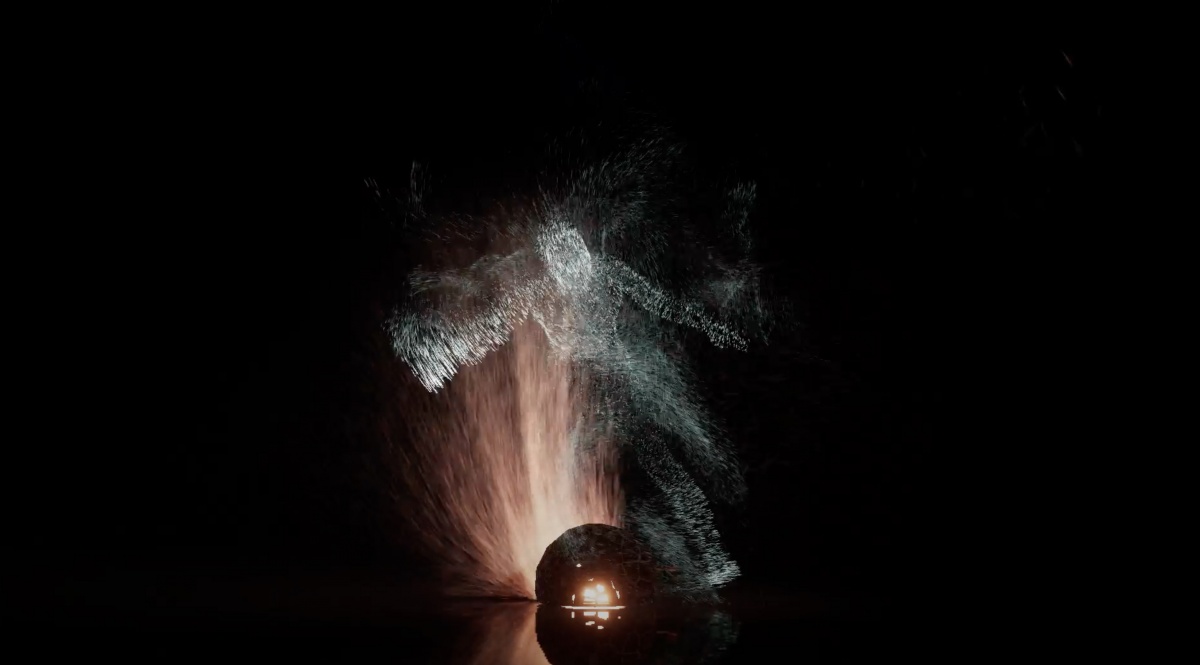 Joel Ong collaborated with dancer/choreographer Susan Lee from York University’s School of the Arts, Media, Performance and Design. Along with a group of dancers, the two created an audio-visual projection that embodies, deflects and disrupts simulated wind. Their small team entered the WindEEE Hexagonal Dome at Western University in fall 2020 to explore the interactions between a dancer and a simulated tornado. Dance movements were recorded through remote webcams and made into animation through motion capture. Ong drew on the dynamics of the Aeolian harp, a stringed instrument designed to be played by the wind, as a musical score.

The AGO is always on the lookout for cool, innovative exhibitions across different disciplines and themes like this one from McIntosh Gallery. This exhibition is open to visitors by appointment only now to April 17, 2021. Stay up to date with the latest happenings in the local arts scene by signing up as an AGOinsider now.