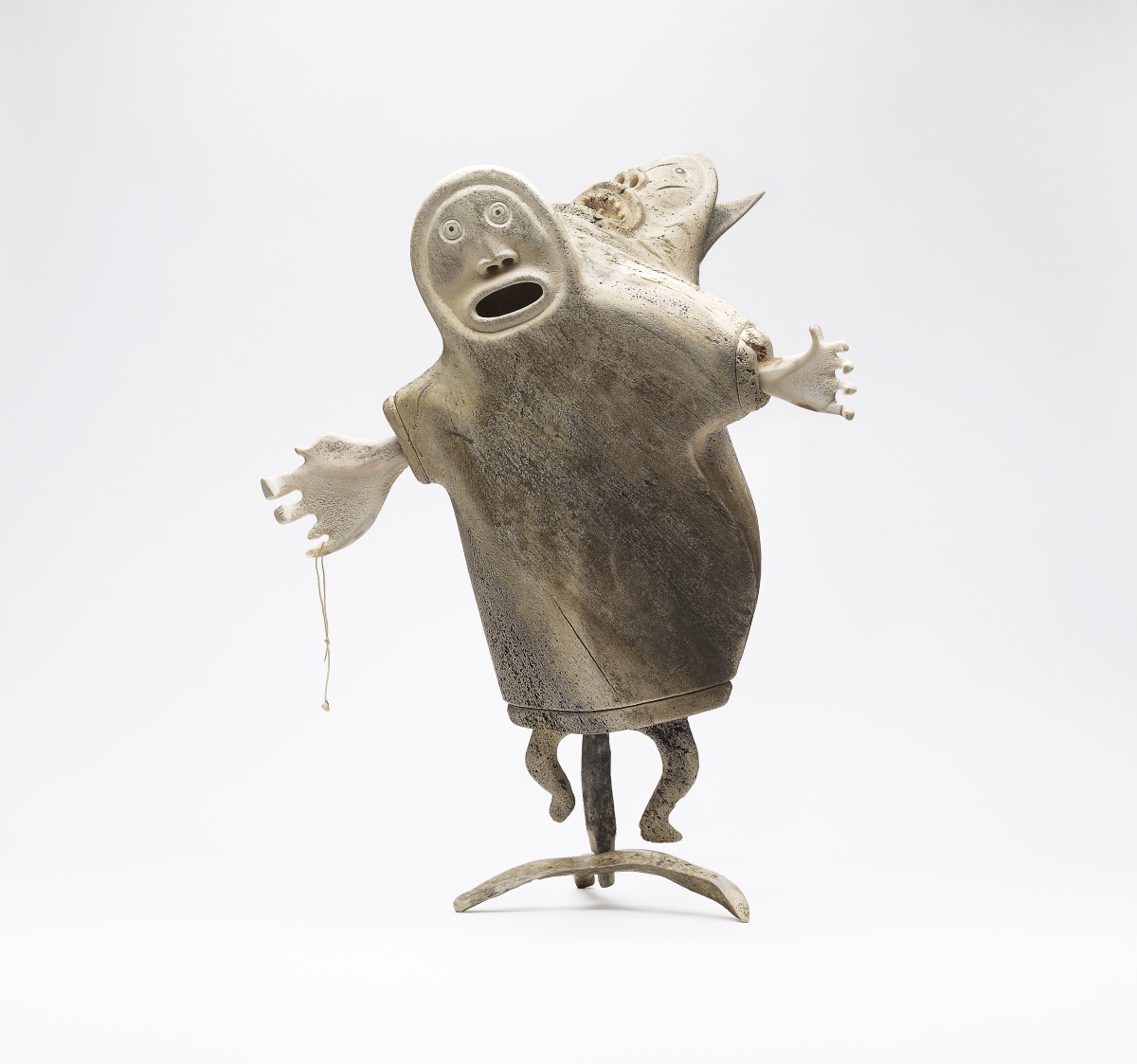 Have you ever seen the bones of the Earth’s largest mammal, used to tell ancient tales of the spirit realm? Newly installed view on Level 2 in the Samuel & Esther Sarick Gallery (Gallery 239) are the striking and severe whalebone figures of famed Inuit sculptor Karoo Ashevak.

Ranging in size and form, this collection of 20 traditional carvings is made of aged whalebone with accents of antler or stone, which are used to depict smaller features like eyes. The figures have rounded and stretched-out contours, reminiscent of floating ghosts appearing as vapour in human and animal form. The cracks and texture of the whalebone are full of character.

Ashevak was born in 1940 and raised in Taloyoak, within the Kitikmeot Region on the western side of Nunavut. Forced settlement by the Canadian government happened here in 1960, much later than other Arctic communities. Thematically, shamanism and spiritualism are the foundations of artwork in the region, perhaps as a concerted effort by artists like Ashevak to carry on sacred traditions in the presence of outsiders. In 1973, after carving for only three years, Ashevak received critical acclaim in the modern art world with a major solo exhibition in New York. Sadly, he only survived for one year following his show, tragically passing away with his family in a fire.

A highlight in the exhibition is Mother and Child with Pulled Tooth (pictured above). The piece depicts a mother figure with outstretched arms and a shocked expression. Swaddled on her back is her child, presumably in pain with a pulled tooth. The child’s head and face were carved with a touch of surrealism, perpendicular to his mother’s back, seemingly exclaiming to the heavens. Ashevak also shows breathtaking craftsmanship on the backside of the figure, executing the ribbed drapery of the mother’s garment with perfect precision.

The work of Karoo Ashevak is on view now on Level 2 in the Samuel & Esther Sarick Gallery (Gallery 239) through June 2020.