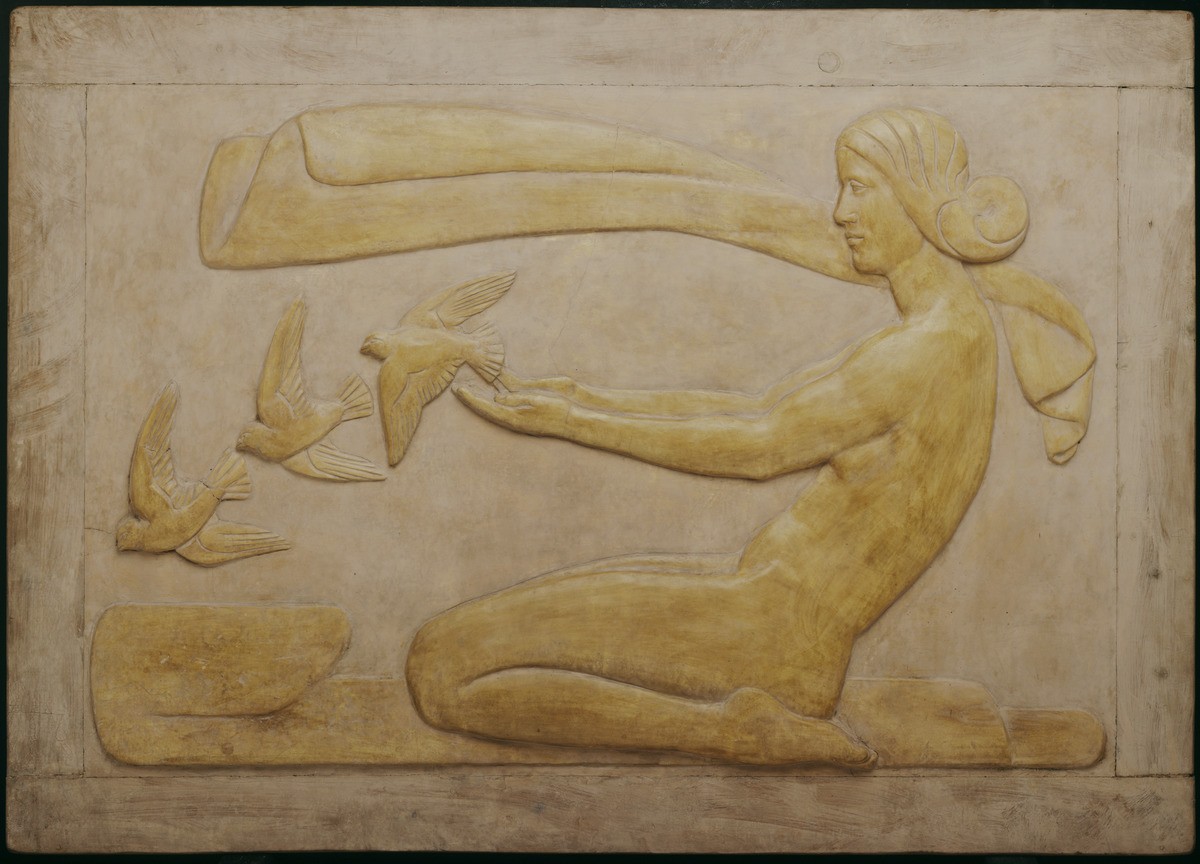 The time is now to experience Blurred Boundaries: Queer Visions in Canadian Art, on view on Level 2 of the AGO until September 25. The installation, curated by Renata Azevedo Moreira, AGO Assistant Curator, Canadian Art, brings together 13 works by 13 artists all with connections to Canada, united by a shared “desire to question and redefine the societal rules of their time”.

As unifying as it is contested, the word “queer” can have and has had several meanings. Once a commonly used synonym for peculiar, a violent slur, a badge of honour during the height of the AIDS crisis, and recently, an umbrella term for those belonging to the 2SLGBTQIA+ community. Blurred Boundaries takes up the fluidity of queerness, suggesting a broader meaning for today’s understandings: “[a]t its core, [it] represents the impulse to question societal norms, challenge binary systems, and think outside the box—regardless of one’s sexual or gender identity.”

Putting works in the AGO Collection under a queer lens, the installation skims only the surface of the expansive ways queerness can be read into and conceptualized in Canadian art. Not all of the artists featured would identify as queer or as part of the 2SLGBTQIA+ community. Some hid their private selves at a time when having same-sex relationships was a crime; some blur boundaries in their art but have more conventional personal lives. One example on view is a plaster sculpture by Frances Norma Loring (image at top). 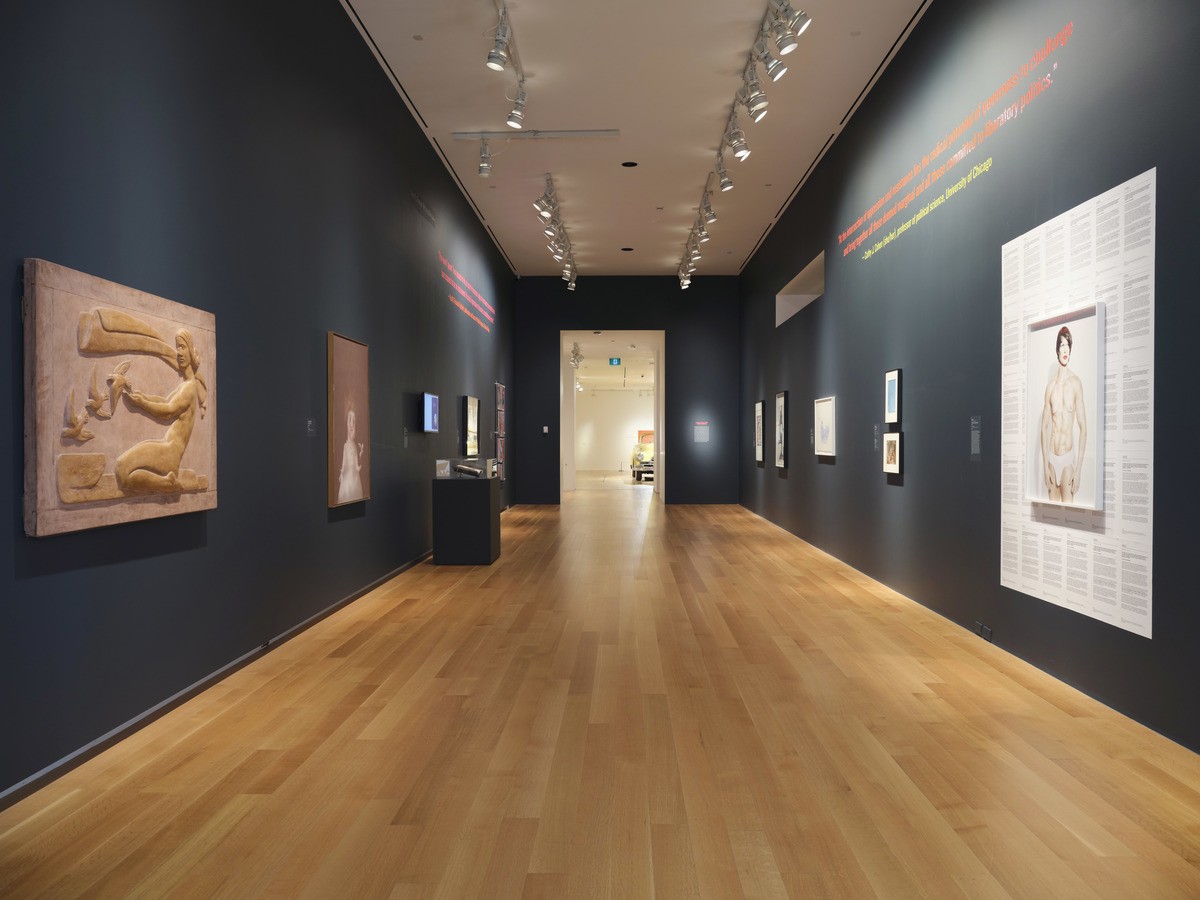 Located across from Cassils’s Advertisement: Homage to Benglis, (2011), Loring’s sculpture, titled Dawn, shows the side profile of a kneeling nude figure with arms extended forward, positioned as if gracefully releasing three doves. Loring, along with Florence Wyle, is known as one of the most influential sculptors in Canadian modern art. Hailing from the U.S., the pair met at the Art Institute of Chicago in the early 1900s and remained together for the next 55 years. They relocated from New York to Toronto by 1913, soon establishing themselves as domestic and creative collaborators in the Canadian art scene. Both were skilled sculptors in their own right, going on to become founding members of the Sculptors Society of Canada, among other accomplishments. To many, they were known as “The Girls” - a subtle acknowledgement of how their shared lives and enduring commitment to one another defied heterosexual norms. Loring worked in various materials and sizes, devoting special attention to women’s bodies in her work. Dawn was originally commissioned for the interior of the Bank of Montreal Building in downtown Toronto in 1948, later gifted to the AGO in 1983 by the estates of Loring and Wyle. On view alongside Dawn is a cyanotype dated 1914, just one year after Loring and Wyle arrived in Toronto. “The Girls” are seated side-by-side in this portrait by Robert Joseph Flaherty.

Torontonians may also be familiar with Loring-Wyle Parkette on St. Clair Avenue East dedicated to both sculptors. Among the sculptures featured there are two portrait busts that they made of each other. 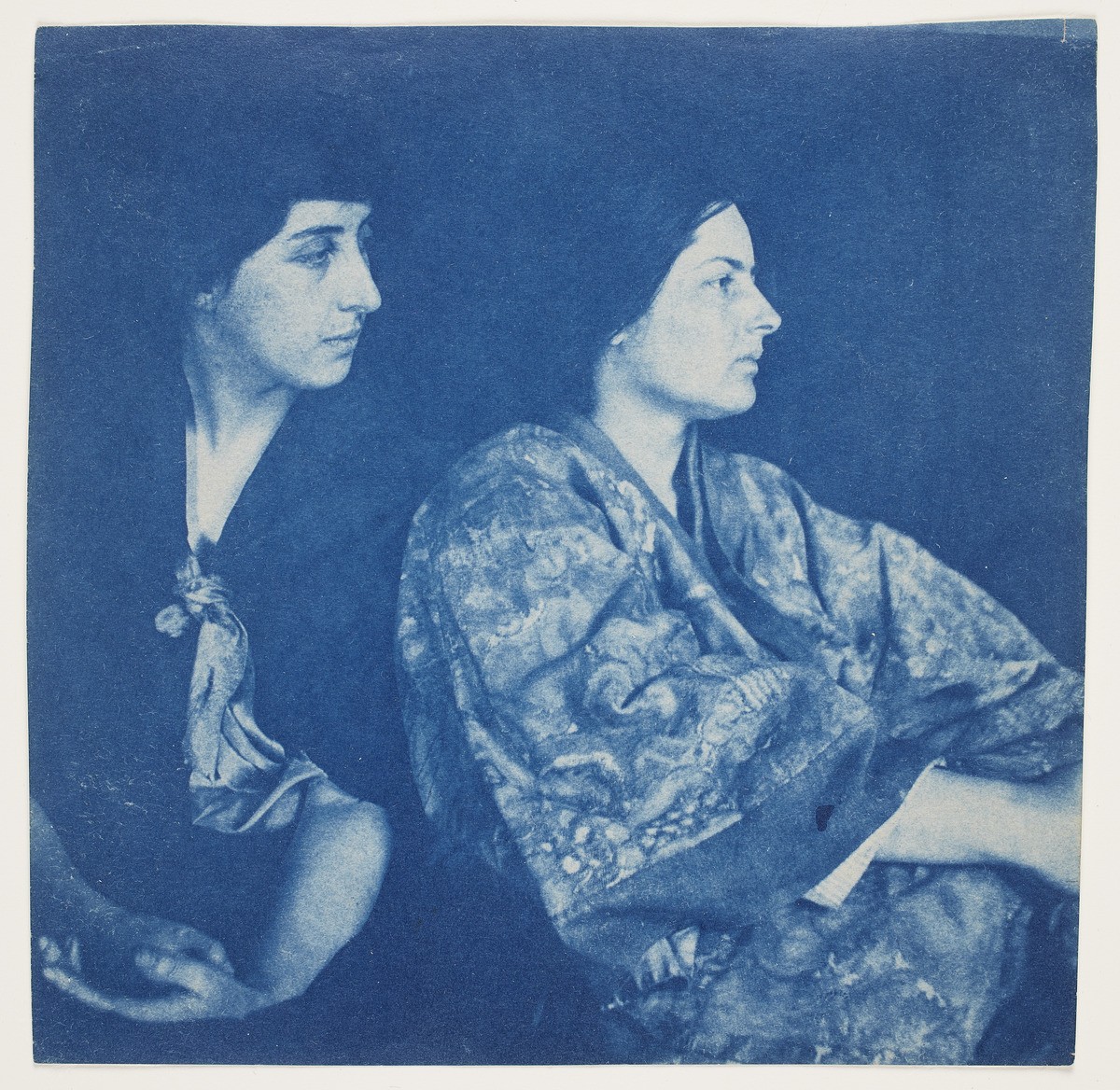 In case you missed our coverage of the exhibition, read this story with Stephen Andrews and Andy Fabo, this one featuring the work of Zachari Logan, and this Q&A with Cassils.