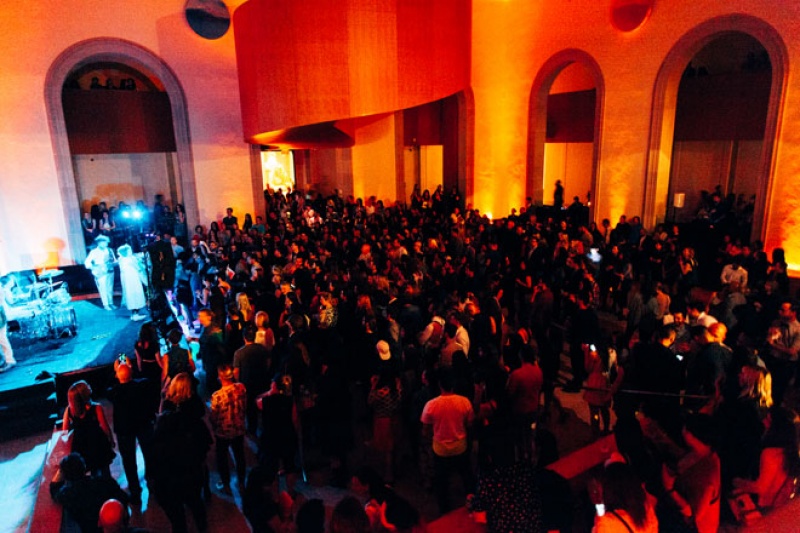 Debuting her new album, February’s musical headliner is Casey Mecija, formerly of Toronto band Ohbijou. Entitled Psychic Materials, this high concept album is an experimental amalgam of art and music, with intersecting songs and themes. Mecija takes the stage in Walker Court at 10 p.m. and will be accompanied by a show of GIFs by local filmmaker Sammy Rawal. The music doesn’t stop there — in addition, DJ Stunts of Yes Yes Y’All and Cameron Lee of Feministry fame, will both in the gallery, spinning beats all night long.

Artist projects include a performance by Toronto’s Alvis Choi (a.k.a Alvis Parsley), an artist, facilitator and community organizer originally from Hong Kong. Mixing historical and nostalgic references, Trinidad-born artist Andil Gosine’s project Cane Portraiture will address the history of indentured labour in the Carriebean and the idea of home as an image.

Join us for a series of pop-up talks on the subject of geography, memory and belonging, happening throughout the night. The AGO’s current Artist-in-Residence Jérôme Havre will speak about his work, politics and contemporary life, as they relate to nationalism in France and Canada. And a guest speaker from the Syrian Film Festival will offer a timely perspective on notions of home, family and placehood.

Plus, don’t miss all the regular First Thursday favourites, including our monthly Out of the Vaults exhibition, interactive art-making and our fabulous Night Market featuring delectable snacks prepared by AGO chefs. Don’t miss out!