Julie Eng: A Life in Magic 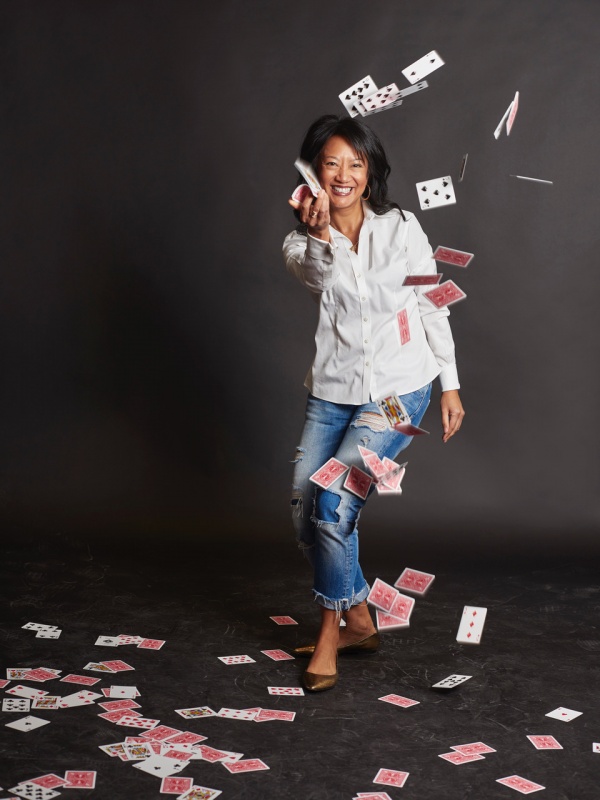 Julie Eng: A Life in Magic

Julie Eng was literally born into the world of magic. Her father, Tony Eng, a famed magician on the West Coast, also had a magic shop for many years in Victoria, BC, called Tony’s Trick and Joke Shop. Julie grew up learning and performing magic side-by-side with her father, behind the counter of the shop, and emerged from this family apprenticeship an accomplished magician in her own right. “I wasn’t delivered by a stork, I was pulled out of a hat,” she jokes now about this unusual artistic upbringing. Join Julie as she considers—through the kaleidoscope of her varied experiences and unique perspectives as a woman of Chinese heritage—her singular life in magic.

Presented as part of Illusions: The Art of Magic.

Julie Eng has brought her original magical approach to thousands of performances around the world for over three decades—everywhere from expected venues like small private functions, festivals and conventions, to less-obvious ones at senior centers and children’s hospitals. As the executive director of Magicana, a Toronto-based organization dedicated to the exploration and advancement of magic, Julie has also been steeped in the study of the rich history and applications of the often-misunderstood art.