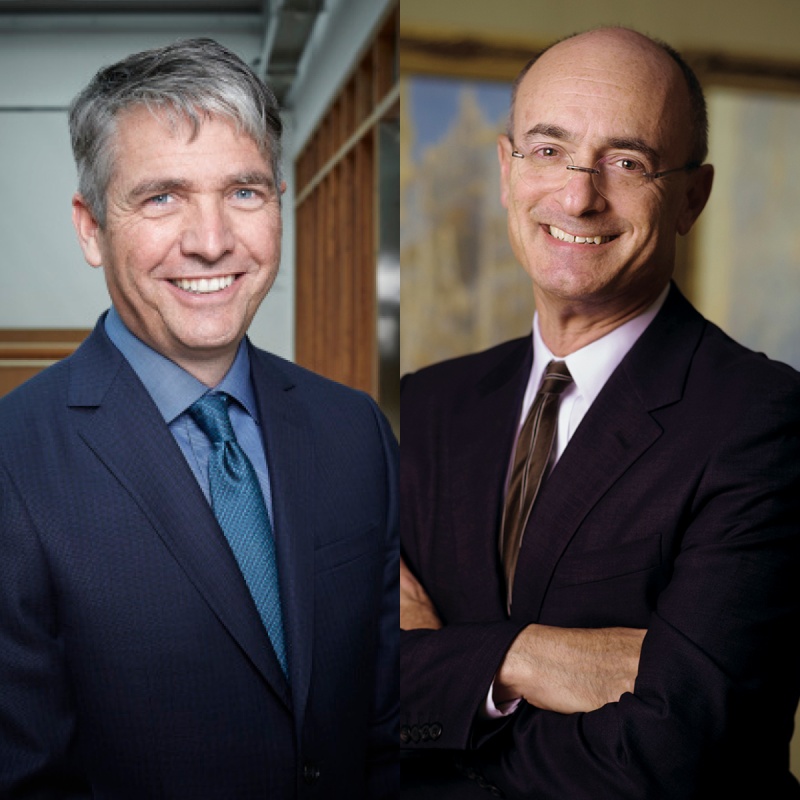 Join Stephan Jost, AGO Michael and Sonja Koerner Director, and CEO, and Matthew Teitelbaum, the Ann and Graham Gund Director of the Museum of Fine Arts, Boston for their conversation on the role of museums.

Matthew Teitelbaum has served as Ann and Graham Gund Director of the Museum of Fine Arts, Boston (MFA), since August 2015. Under his leadership, the Museum launched MFA 2020, a three-year strategic plan that articulates a shared vision to guide the institution into the future, looking ahead to its 150th anniversary in 2020. At the heart of the plan is an ambitious commitment to use the MFA’s extraordinary collection of art to invite, welcome and engage diverse audiences in new, thought-provoking and inspiring ways. Teitelbaum has spearheaded major acquisitions—from a landmark gift of 17th-century Dutch and Flemish paintings to a transformative donation of Chinese paintings and calligraphy—that reflect the MFA’s dedication to collect purposefully. Exhibitions during his tenure have boldly combined objects and ideas to create relevant narratives—including, among others, the first major museum exhibition to explore the long-interconnected relationship between fashion and gender and the MFA’s first exhibition of work by Frida Kahlo. Additionally, new programs, resources and partnerships have expanded access to the Museum as part of ongoing efforts to build a more inclusive community of visitors, volunteers, staff and supporters.

Prior to his appointment as the 11th director of the MFA, Teitelbaum served as the Michael and Sonja Koerner Director and CEO of the Art Gallery of Ontario in Toronto. A scholar of contemporary, European and Canadian art, he holds a Bachelor of Arts with honors in Canadian history from Carleton University; a Master of Philosophy in modern European painting and sculpture from the Courtauld Institute of Art, London; and an honorary Doctor of Laws from Queen’s University. Teitelbaum has been honored with the Chevalier des Arts et des Lettres by the French government for his ongoing commitment and contributions to the arts; the RCA Medal from the Royal Canadian Academy of Arts for his outstanding support to the development of the visual arts in Canada; the Canadian Centre for Diversity’s Human Relations Award; and the Museum of Contemporary Canadian Art (MOCCA) Award for arts leadership. In 2019, he was appointed as a Member of the Order of Canada, the country’s highest civilian honor, which recognizes individuals who make extraordinary contributions to the nation.

 This is an Accessible Event. Learn More
Matthew Teitelbaum and Stephan Jost in Conversation
Share