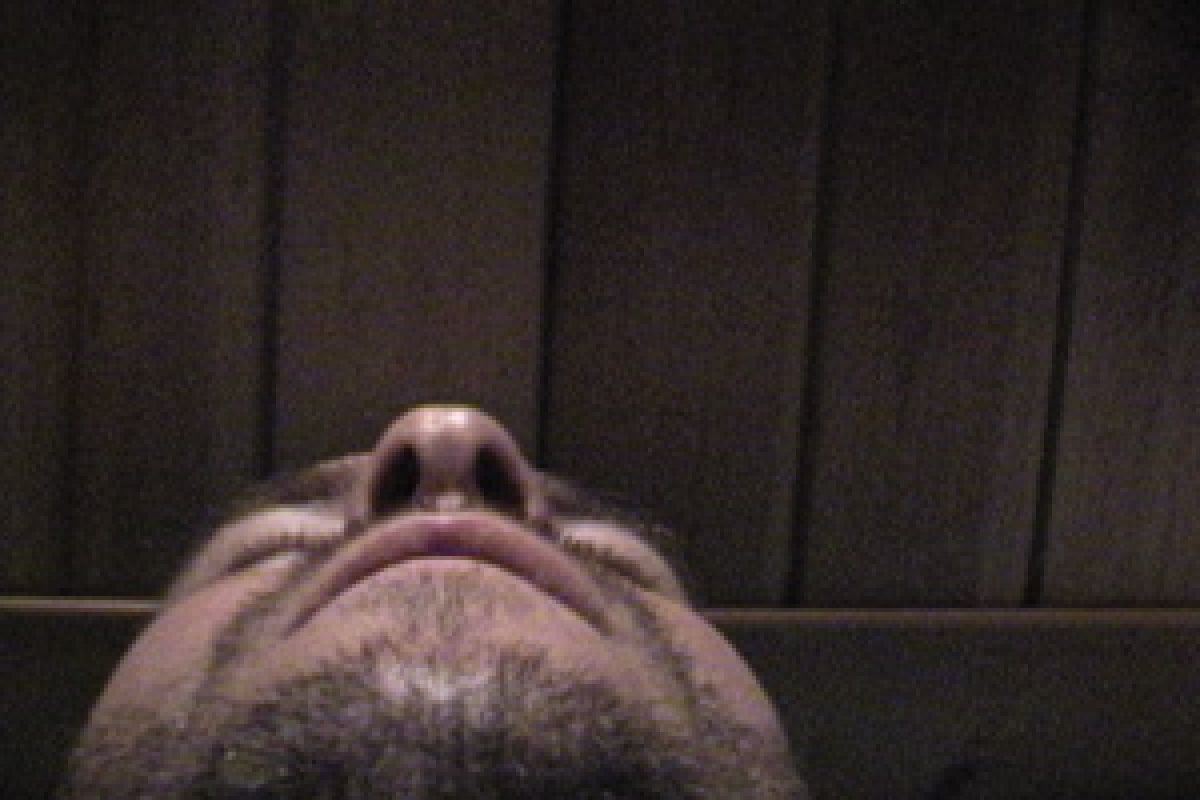 To make Sleeping Giant, 2003, Daniel Olson placed an operating video camera on his chest and went to sleep. The steady frame of the camera is gradually disturbed by the swells of the artist's breathing as he drops into heavy slumber. Sputtering snores and distant activity resound over the room's white-noise hum. The reverberation, large-scale projection and odd perspective deepen the sensation of space and transform the theatre into an enchanting lair.